Spokesperson for Sudan People's Liberation Movement-North says agreement on timetable and agenda is first step towards peace, with talks set to begin on Saturday 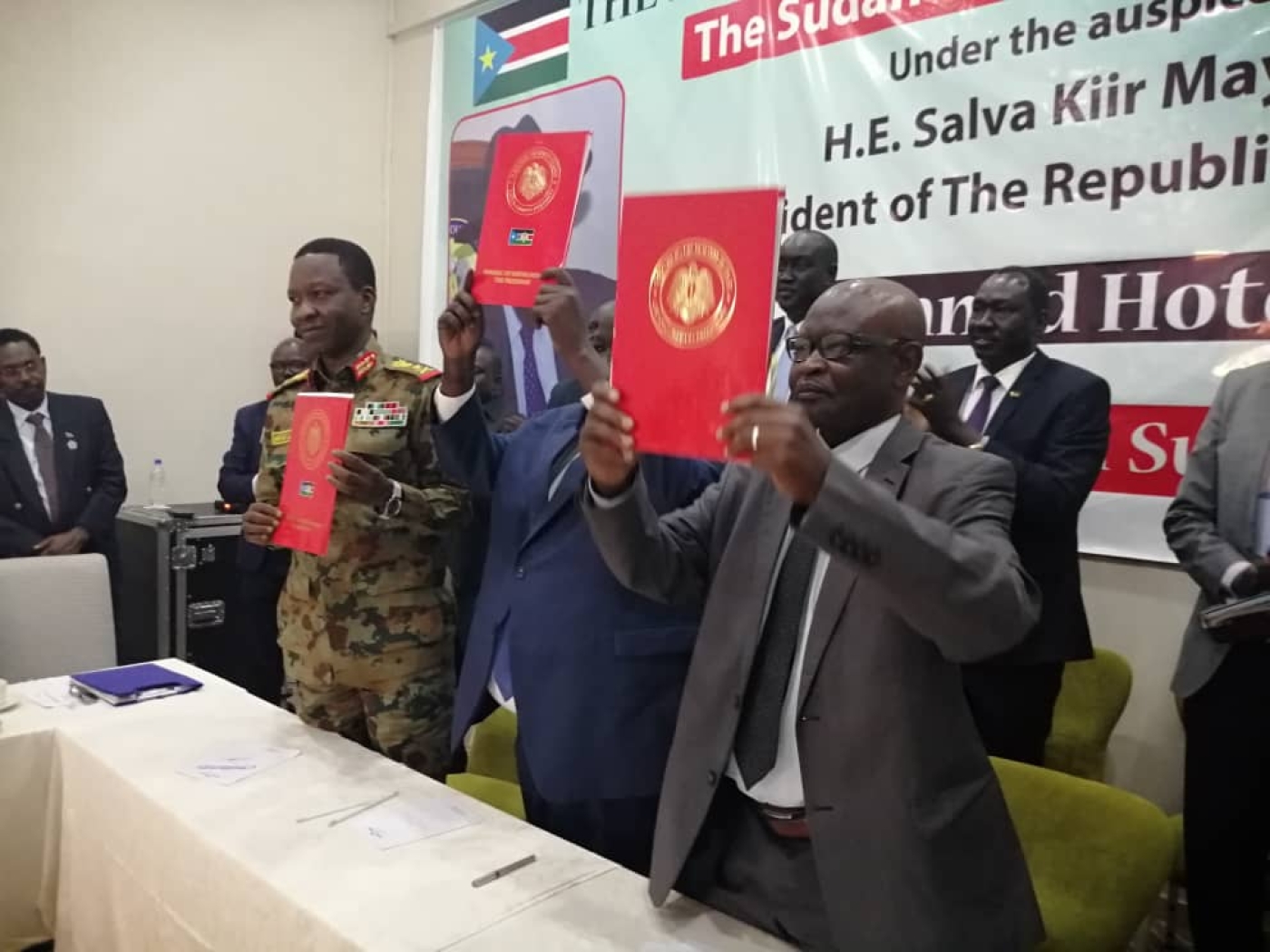 Negotiators hold up a copy of an agreement setting a timetable and agenda for further peace talks in Juba, South Sudan, on Friday (MEE/Mohammed Amin)
By
Mohammed Amin
in
Juba

Negotiators for Sudan's transitional government and one of the country's largest rebel groups claimed a breakthrough on Friday after reaching an agreement on the timetable and agenda for peace talks in Juba, South Sudan.

The agreement between the government and the South Kordofan-based Sudan People's Liberation Movement-North (SPLM-N) commits both sides to discussing political issues before security issues in talks now set to begin on Saturday.

The two sides have never previously been able to agree on an agenda in 22 rounds of preliminary talks aimed at ending a conflict that has been going on since 2011.

The government had always prioritised security arrangements in previous talks, while the SPLM-N had pushed for humanitarian concerns to be addressed. But the agreement commits both sides to discussing political issues first, then humanitarian issues, and finally security issues.

'We are all on one front'

Speaking to journalists, Mohamed Hassan Altaishi, a member of the Sudanese sovereign council, said that the two sides will sign a declaration of principles before talks begin on Saturday.

"We are happy to prove that we are all on one front, the armed and civil parties in Sudan, especially after the revolution. So we overcame the problem of setting the agenda, and we will sign a declaration of principles tomorrow in order to begin direct talks. I believe that we can conclude the majority of the agenda in a very short time," he said.

Aljak Mahmoud, a spokesperson for the SPLM-N, described the agreement as a first step towards peace.

"We consider what happened today a real breakthrough as we were stuck at this point for the last eight years and in 22 rounds of talks with the previous government in Sudan," he said.

Tut Galtuak, the head of the South Sudanese mediation team, welcomed the agreement and said it would pave the way for peace in the restive Nuba Mountains region of southwestern Sudan.

"We have exerted efforts but the seriousness of the peace partners in these talks is the cornerstone of what we achieved today and that will pave the way for finalising the entire peace process," he said.

The announcement at the Pyramid Hotel prompted celebrations by hundreds of Sudanese women currently living as refugees in South Sudan who have been attending the location of the talks since Monday.

The women have been singing and chanting for peace, as well as making food for the participants and encouraging them to make a peace deal quickly.

"We are making this celebration in order to encourage the leaders of the government as well as the rebels to end the war, conclude the peace, and let us return to our original areas which we are missing a lot," Afaf, a 26-year-old refugee from the Nuba Mountains, told Middle East Eye.

Belgis, who is from Nyala city in South Darfur state, said she had fled her home five years ago because of security concerns and financial hardship.

"We suffered a lot in Darfur, so we left our home five years ago, me and my small family, and we are living here in Juba," she said.

The women were addressed by Mohamed Hamdan Dagalo, the deputy chair of Sudan's sovereign council also known as Hemeti, who promised to make peace and let the refugees return to Sudan.

Hemeti also offered help to the refugees with issues while they remain living in South Sudan, including with work permits and residency fees.

"We are happy to meet you here in Juba - our second country - and we promise to meet you in Sudan after we make peace. But, for the time being, we will also help you solve your problems here in South Sudan," he said.

The SPLM-N, led by Abdul Aziz Alhilu, is one of the strongest rebel factions in Sudan. On Wednesday, they walked out of talks complaining of continuous attacks on their forces in the Nuba Mountains.

But the SPLM-N returned to the negotiating table on Thursday after the government declared a ceasefire. 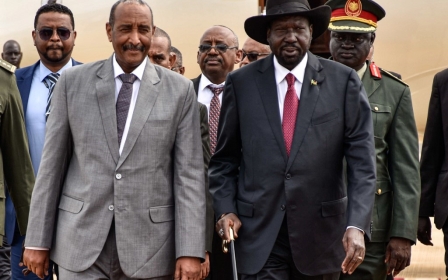