Sudanese police fired tear gas to break up protests in the capital Khartoum and its twin city of Omdurman, after dozens of demonstrators took to the streets after Friday prayers, multiple media outlets reported.

Friday's protests come one day after a high-profile figure in President Omar al-Bashir's party called for his resignation amid ongoing anti-government demonstrations, which began on 19 December over a decision to raise the price of bread.

Al-Shafi' Ahmad Mohammad, the first secretary-general of Bashir's National Congress Party, issued a rare call on Thursday for Bashir to step down.

In a voice recording circulating on WhatsApp, he identified himself and said that Bashir should resign and form a transitional government "to save the country".

The organisers of the demonstrations on Friday – a collection of labour groups - said security forces arrested one of its leaders, Mohammad Naji al-Assam, at noon without providing more details, Reuters news agency reported.

"The association condemns arbitrary detentions, which will not stop it from continuing the march with the people for the sake of freedom and change," the Sudanese Association of Professionals said on Twitter.

Bashir and the head of Sudan's National Intelligence and Security Service have called for restraint in the state's response to the protests, Reuters said.

The news agency reported that Friday's protesters chanted "peaceful, peaceful" and "fall, fall," as they called for a change in government outside al-Sayed Abd al-Rahman al-Mahdi mosque, which has ties to the opposition Umma party.

Since the demonstrations began, 19 people, including two security officials, have died, according to authorities.

Amnesty International said last week that Sudanese security forces had killed 37 protesters, according to data the rights group has collected.

The country's security forces have detained roughly 2,000 people since the beginning of the protests, Reuters reported, citing a human rights activist.

Several opposition leaders, activists and journalists have been arrested as part on a crackdown by security officials, who have sought to prevent the spread of protests.

Salih was the 2013 recipient of the Peter Mackler Award for ethical journalism.

Sudan's economy has struggled to recover from the loss of three-quarters of its oil output, its main source of foreign currency, since South Sudan seceded in 2011, keeping most of the once-united country's oilfields.

While the United States lifted 20-year-old trade sanctions on Sudan in October 2017, many investors have continued to shun the country as it remains on Washington's list of state sponsors of terrorism.

The Sudanese president is also wanted by the International Criminal Court over charges of masterminding genocide in Darfur, accusations that Bashir dismisses. 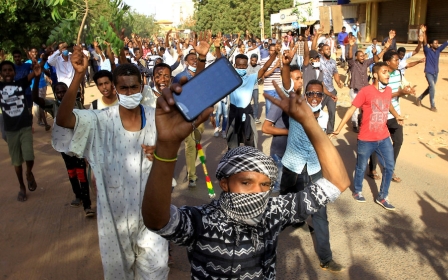 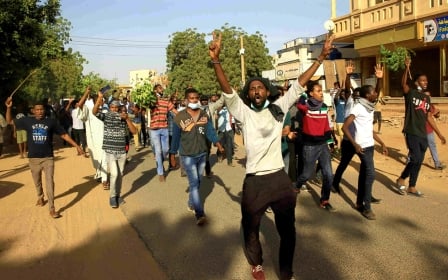 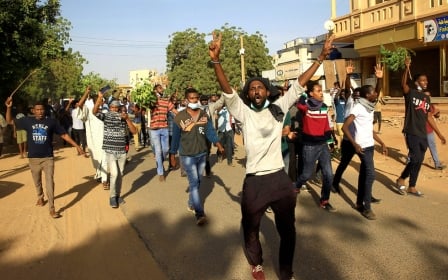