From Syria to Belgium: Women to face courts after repatriation with children

Six women who are suspected of ties to Islamic State were returned to Belgian with children. One tells MEE she was ready to face justice in order to secure her child's safety On 16 July, the majority of the women and children held at al-Roj camp were still asleep when a convoy of cars entered the open-air prison in northeastern Syria.

A few minutes later, at around 5.30am, six Belgian woman and their 10 children, carrying just a few bags, were quietly removed from their tents by Kurdish soldiers and taken to a minibus.

The operation proceeded swiftly, with no time for long goodbyes with their neighbours, other women at the camp for families of suspected members of Islamic State (IS), with whom they had been living for more than three years. Waiting for them in their cars were representatives of the Belgian authorities, dispatched to the area to oversee the smooth running of the operation.

A source close to the Belgian government described the women and children's removal to Middle East Eye as a “high-risk operation”.

IS cells are still active in that area and recent months have seen an intensification of their activities.

Once the convoy of vehicles had left al-Roj, it headed towards the Syrian border and on to Erbil airport in northern Iraq. A journey of 300km set to take some six hours.

On the tarmac, an aircraft chartered by Brussels was waiting. On board were doctors to look after the children and representatives of the federal police to take charge of the mothers.

In the early afternoon, this very unusual flight took off for Belgium, landing at 9.30pm at the military airport of Melsbroek, the base that shares a site with Brussels airport.

It took the Belgian authorities a little under 16 hours to complete its first repatriation of adults detained in Syria.

Belgian justice now awaits the six women. Five have been tried in their absence and sentenced to five years in prison for "participation in the activities of a terrorist group".

Now back home, they have the option of appealing the sentences and attending a second trial in person. The sixth has not yet had a trial.

If they have not participated in abuses, warfare, or in the organisation of an attack, their sentences will not exceed five years in prison, far less than the sentences handed down in France against wives of IS members.

In November 2019, for example, a French woman was sentenced to 14 years in prison after spending two years in Syria.

'I have no blood on my hands'

Over the course of several months, MEE managed to exchange several encrypted messages with one of the repatriated Belgian nationals.

For more than four years, Hala* hid her mobile in her tent. She buried it to prevent its discovery during the searches carried out by the Kurdish guards.

In the messages, the young woman expressed her fear that she would never be returned to Belgium with her five-year-old son, who was born in Syria. “I have no blood on my hands, I haven’t done anything,” the woman wrote over and over again.

Hala declared she was ready to face justice in her home country in order to secure her child’s safety.

“The situation has really become intolerable. The Kurdish guards are treating us worse and worse. This is no life. The women will become even more radicalised," wrote Hala in August 2020.

Now, six years after joining IS, the young woman is back in Belgium.

Straight out of the plane she was separated from her son. He was taken to hospital, with the nine other children, and in a few weeks, he will be handed over to Hala’s family.

The fact he is Hala's son has already been established.

In May 2021, before repatriating the women and their children, representatives of the Belgian authorities travelled to al-Roj to take digital fingerprints and also blood samples to prove as quickly as possible the parentage of the children born "in the zone".

Belgium is the European country with the highest recorded number of men and women joining IS in Syria or Iraq: nearly 400 in total.

Since the attacks of 22 March 2016 in Brussels, the subject of the return of those who chose to join the ranks of IS has been a deeply sensitive one in Belgium.

At the time IS lost the last of its territory in March 2019, Belgium’s policy was in line with France’s: no repatriation of adults, but a case-by-case policy for children in danger, in particular orphans.

For Thomas Renard, a researcher at the Egmont Institute in Brussels, the announcement of the repatriation of the mothers on 4 March 2021 by Belgian Prime Minister Alexander De Croo was a political one.

“In Brussels, all we were waiting for was the green light from the government, and when the new government of Alexander De Croo came to power in October 2020, it felt sufficiently comfortable to implement that decision and be able to withstand the pressure from the far right," said Renard.

'Alexander De Croo’s decision proves that where the political will exists, it is absolutely possible to organise repatriations'

"The police, the courts and the NGOs had established their stance several months previously, for different reasons, in favour of the return of the mothers and children, so there was solid consensus.”

The specialist in armed groups such as IS added: “Alexander De Croo’s decision proves that where the political will exists, it is absolutely possible to organise repatriations.”

At the time of the announcement to his ministers, Croo talked of returning 13 women and their children.

When it came to it, there were only six women on the 16 July flight. At least three had refused to be returned to Belgium.

The others are located either in the al-Hol Camp, another prison under Kurdish control where volatile conditions hinder any attempt at exfiltration, or they have escaped and are currently classified as "disappeared" by the Belgian authorities.

'Our time will come'

In recent weeks, other countries have repatriated their own nationals.

On 17 July, 11 Kosovan women and 23 North Macedonian women were repatriated together with their children by their respective countries. Numerous French women with suspected ties to IS have been requesting repatriation for several years, but for the moment, French President Emmanuel Macron is taking the line that they are not allowed to return.

“I’m happy for my Belgian friends but a little sad too, because I am still here,” writes a young French woman, to a friend.

In the message, seen by MEE, the woman adds: “This is proof that things are moving, though.

"So I remain hopeful, and hope that for us French women and our children, our time will come.”

This article is available in French on the Middle East Eye French edition. 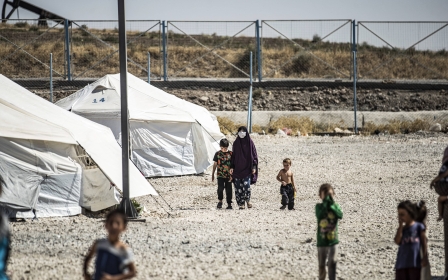 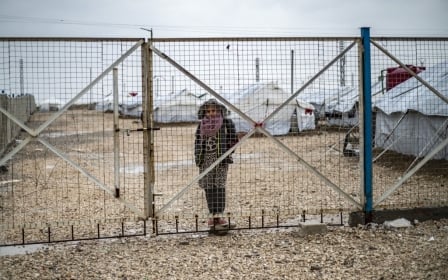 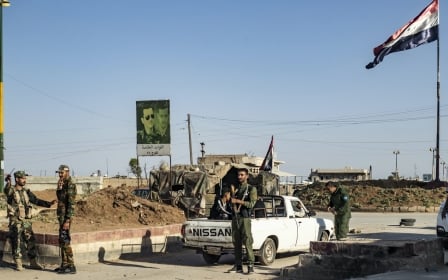