Syria: Bomb blast on army bus in Damascus kills more than a dozen 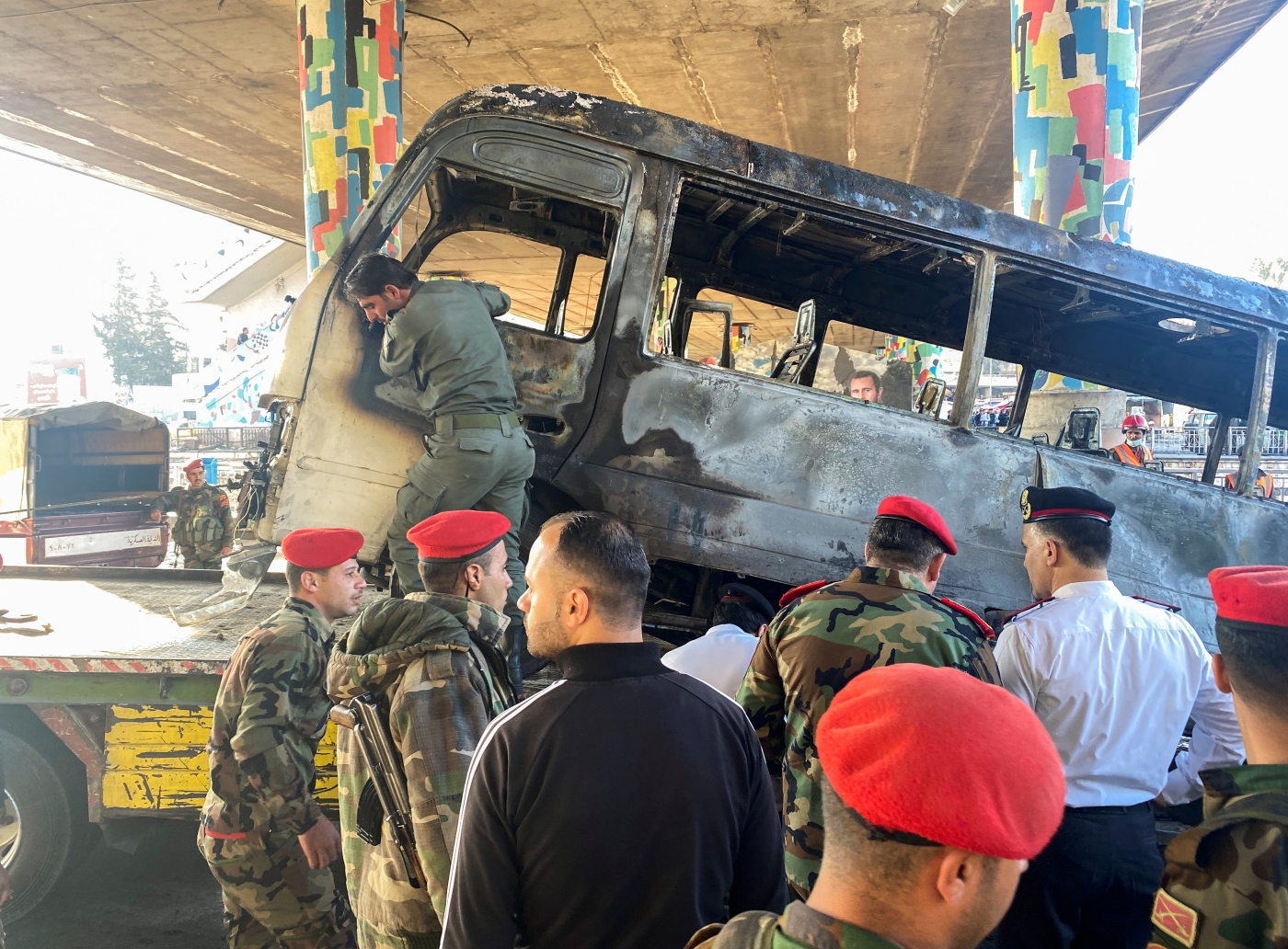 A bomb blast on an army bus in Damascus killed more than a dozen people during morning rush hour on Wednesday, state media reported.

Images posted online by SANA news agency showed rescue workers attempting to pull out body parts from the charred remains of the bus which exploded while crossing a bridge in Damascus.

Thirteen people were killed and three reportedly wounded from the blast, according to SANA.

Syrian government officials described the incident as a "terrorist" attack and told SANA that two explosive devices were set off.

A third explosive device was disarmed by a specialist army unit, added officials.

The attack is the deadliest in the capital since a bombing claimed by the Islamic State group targeted the Justice Palace in March 2017, killing at least 30 people.

The United Nations estimates that at least 350,000 people have been killed during the course of Syria's decade-long civil war.

Blast incidents have been rare in Damascus since Bashar al-Assad's forces took control of rebel enclaves surrounding the city.