Giant cement manufacturer is accused of paying millions of euros to armed groups, including Islamic State France's highest court on Thursday overturned a decision by a lower court to dismiss charges brought against cement giant Lafarge for complicity in crimes against humanity in Syria's civil war.

The ruling by the Court of Cassation marks a major setback for the company, which is accused of paying millions of euros to armed groups, including Islamic State, to keep its cement factory in northern Syria running through the early years of war.

It does not mean however that the firm will automatically face trial on the most serious charge brought against a French company in recent memory over its actions in a foreign country.

The court instead referred the matter back to investigating magistrates to reconsider the charge and another charge of "endangering the lives of others".

Lafarge is also charged with financing terrorism and violating an EU embargo over the payments made by its Syrian subsidiary in 2013 and 2014.

The Paris Court of Appeal in 2019 had quashed the crimes against humanity charge but recommended that the company be prosecuted on the other charges, AFP reported.

Apart from the company as a corporate entity, eight Lafarge executives, including former chief executive Bruno Laffont, are also charged with financing a terrorist group and, or, endangering the lives of the firm's former Syrian staff. 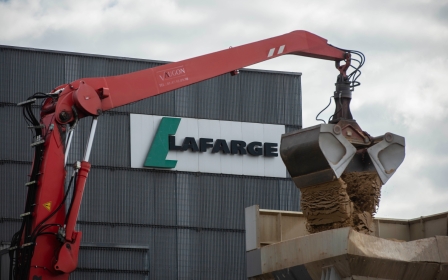