Around 45,000 civilians have been displaced since fighting broke out in the northeastern city on Thursday, with many trapped in their homes Ahmed was only able to utter a few words, before his trembling hands passed the phone over to his friend Maher al-Abid: "We just want to get out of this hell."

Both men have been trapped in Hasakah’s Ghwayran neighbourhood since Friday, when Islamic State group (IS) sleeper cells emerged from the streets to begin a dramatic prisonbreak in the northeastern Syrian city that has now turned into a four-day battle.

'We haven't seen any international or local organisations helping us. Have we been left to die or what?'

Scores of IS prisoners escaped, and though some were recaptured, others have joined the fight, and fierce clashes with the Syrian Democratic Forces, a Kurdish-led militia running Hasakah industrial prison, are ongoing in and around the complex.

Abid could only apologise to Middle East Eye when Ahmed gave him the phone. Under extreme stress and unable to protect himself and his family amid the fighting, Ahmed was unable to speak.

“Since the prison breach, although we have not seen any IS militants, terror has dominated us. We've only slept a few hours in the last few days,” Abid said.

The situation, he said, was unlivable. “There's no life here, people are eating out of the supplies they've stored for the winter, which will end in a few days because no shops are open here,” he added.

"We haven't seen any international or local organisations helping us. Have we been left to die or what?"

By Monday morning, the fighting had reportedly killed 150-210 people, including around 100 IS fighters. According to the UN, 45,000 people have been displaced as chaos engulfed the northeastern city.

But not everyone is able to escape, particularly those close to the fighting.

“I try to get my family out of the neighbourhood every day, but today I was threatened by armed SDF fighters to go back home. They treat us like slaves,” Abid said.

“We have many doubts about SDF’s ability to protect us, while at the same time they are preventing us from getting out.”

Ibrahim al-Assaf managed to escape the fighting, but only after spending the first two days of the siege trapped in his Ghwayran home next to the prison without food.

Assaf, a university student, said getting out safely was difficult, as he had to flee through parts of Hasakah controlled by the Syrian government.

Syrian government soldiers recorded the names of everyone who tried to enter Damascus-held territory. Many Syrians live in Kurdish-controlled areas to avoid the terrifying reach of the government’s security and intelligence services.

In fact, activists reported a number of Syrians displaced from nearby Deir Ezzor being arrested as they fled into government-held parts of Hasakah because their names appeared on wanted lists.

“Stopping me at that checkpoint at the entrance and recording my name was terrifying in itself,” Assaf said. 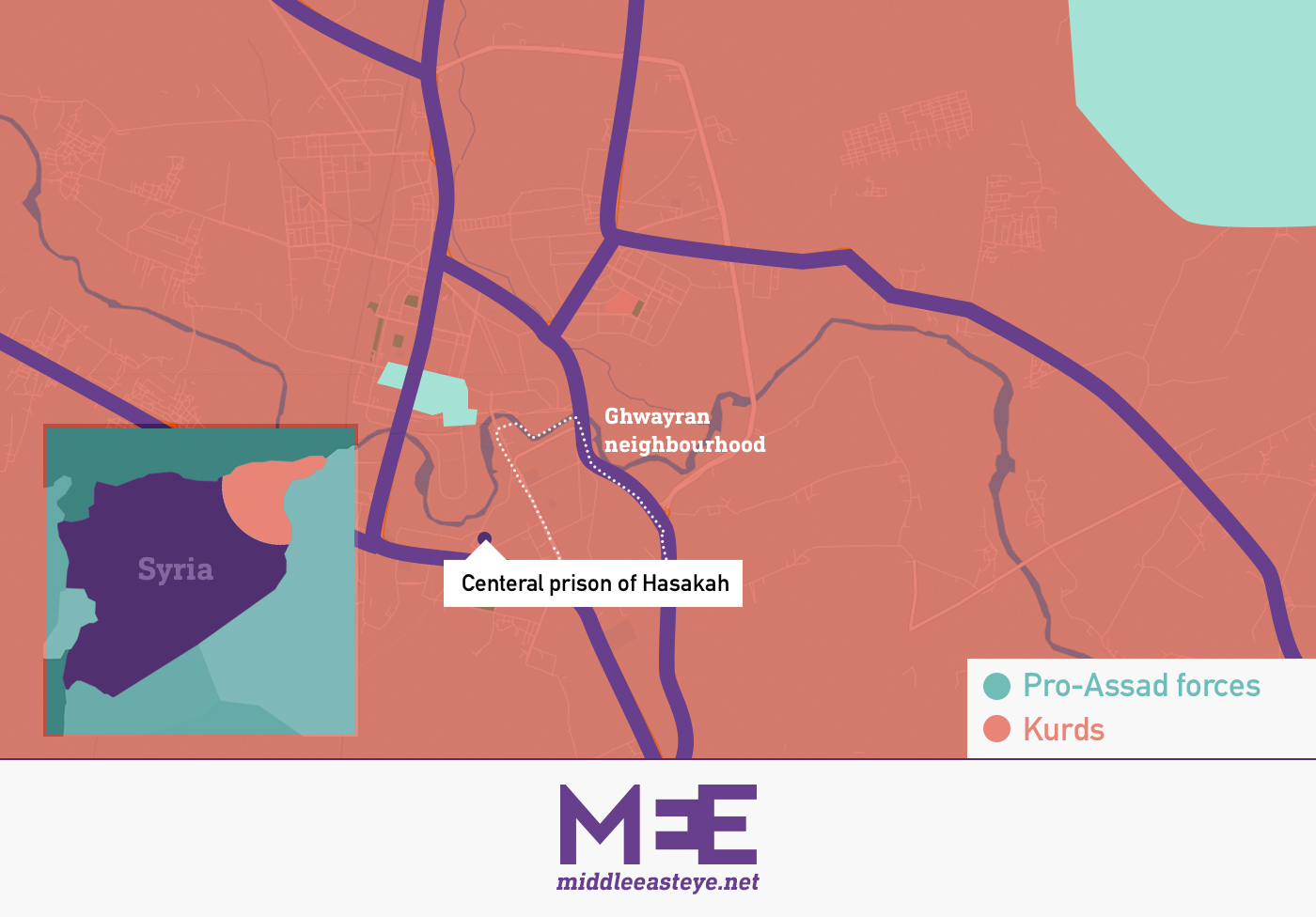 The first day of fighting appeared to be the bloodiest. Assaf said there were many civilian casualties.

“I was heading to the bakery on Friday morning and I saw two bodies on the road. I didn't know who they were, but I was horrified and I ran back home,” he recalled.

"That scene kept me from leaving my house for two days. I was afraid that the scenes of murder I saw in my city, Raqqa, during IS control would be repeated. I can't describe the horror I had at night, fearing they are coming again."

Issam al-Ajil, an aid worker from Deir Ezzor, told MEE that a relief campaign needs to be launched as soon as possible. He appealed to international and local NGOs to help the displaced.

“Since the beginning of the battle there have been more than 6,000 families fleeing, a few of whom have relatives to go to and the rest who have to sleep on the street,” he said.

According to Ajil, most relief organisations have closed their local operations because of the security threat, so there’s a huge disruption of aid services to residents who already relied on assistance before the siege began.

'I was afraid that the scenes of murder I saw in my city, Raqqa, during IS control would be repeated'

With temperatures dropping to below zero at night, the quick delivery of aid is even more necessary, he added.

Images of displaced families sleeping by the side of the road have begun to be widely circulated by Syrian activists. Ghassan Khalil, the governor of Damascus-held Hasakah, has called the situation disastrous.

Around 700 minors - some children who were brought to Syria to join IS as small children - are said to have been caught up in the fighting at the prison.

Save the Children said on Monday it had evidence of multiple child deaths and casualties at the prison.

The group said it had received audio testimony to that effect, including a recording of a boy crying.

The SDF has claimed that IS are using the children as human shields. 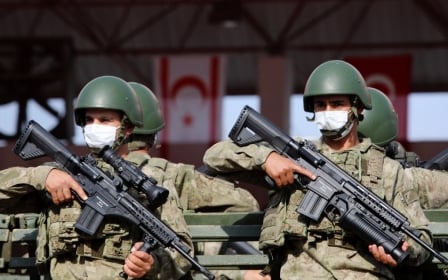