If it went according to plan, Abbas's visit would be his first stay in Damascus since 2009 and the civil war in Syria two years later Palestinian Authority (PA) President Mahmoud Abbas plans to visit Syria for the first time since civil war broke out in the country in the spring of 2011.

Jibril Rajoub, the secretary general of Fatah's central committee, revealed during a media conference in Damascus on Monday that Abbas intends to visit Syria "soon" and meet President Bashar al-Assad.

"[Abbas'] visit and the delegation accompanying him to Damascus will constitute a start to formulate the Palestinian situation in light of the Israeli escalation to Judaise Palestine, launching an unprecedented settlement campaign in all the Palestinian territories," Rajoub said.

He referred to recent attacks by Israeli settlers on Palestinian villages north of the occupied West Bank, which has been ongoing since late 2021.

Rajoub visited Damascus last week to celebrate the 57th anniversary of founding Fatah, the National Liberation Movement which dominates the Palestinian Authority, in the al-Yarmouk refugee camp south of Damascus.

If Abbas's visit goes ahead, it would be his first stay in Damascus since 2009 and the popular uprising against Assad in Syria that began two years later.

The PA has kept ties with the Syrian government throughout the years of civil war, despite several Arab countries cutting their relation with Syria after it was kicked out of the Arab League in November 2011.

Abbas has met senior Syrian officials numerous times in the corridors of the United Nations in New York during the General Assembly annual meetings and other occasions.

In 2019, he was the first Arab leader to call for Syria's return to the Arab League summit, which is due to be hosted by Algeria in March.

"We have always been and still are with the unity and safety of the Syrian lands and with ending the conflict with dialogue," Abbas said then.

Abbas has in recent days met Egyptian President Abdel Fattah el-Sisi in the Red Sea resort of Sharm el-Shiekh, to discuss efforts to resume talks with Israel and end the military occupation in the West Bank, and Egypt's bids to reconstruct the Gaza Strip following last May's war with Israel.

Rajoub said that Fatah's envoy on Sunday handed a letter from Abbas to Assad and said that Syria should return to the Arab League as it was "a disgrace on Arabs" to keep it outside of it.

Over half a million Palestinian refugees living in Syria witnessed the brunt of the civil war, which led to many of them fleeing the country.

Last week, Bahrain appointed an ambassador in Damascus following Oman in 2020. The United Arab Emirates re-opened its embassy in Syria in 2018 and called for activating Syria's membership of the Arab League. 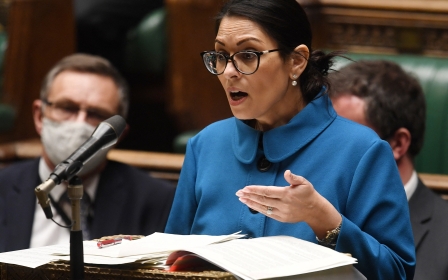