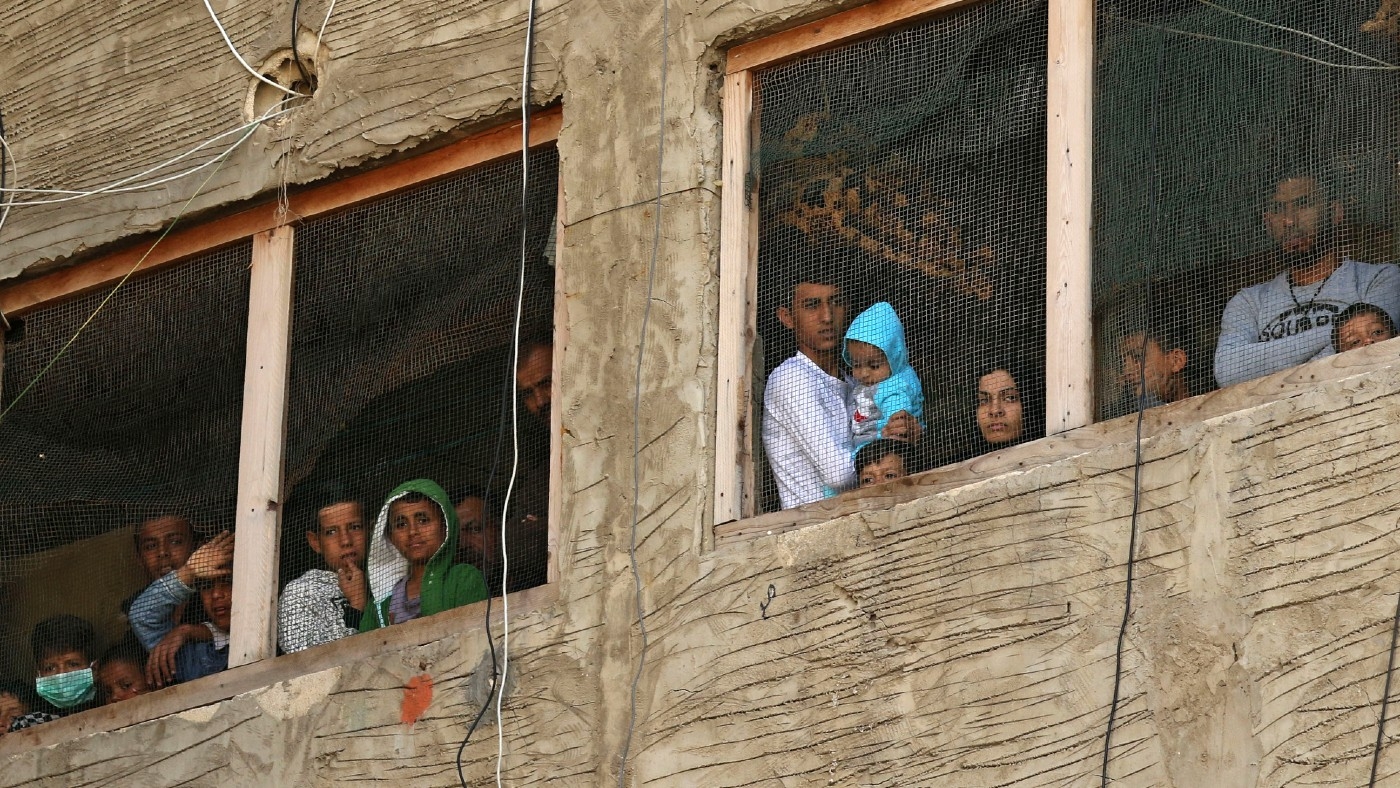 Syrian refugees living in a building under construction in the city of Saida, southern Lebanon, on 17 March 2020 (AFP)
By
Harun al-Aswad

Refugees returning to Syria face serious risks including torture, extrajudicial killings and kidnapping at the hands of Syrian government forces and their militias, according to a new report by Human Rights Watch (HRW) published on Wednesday.

The report comes days after the United Nations High Commissioner for Refugees Filippo Grandi met with Syrian Foreign Minister Faisal Mekdad and Minister of Local Administration and Environment Hussein Makhlouf. On Sunday, the trio discussed issues relating to the return of refugees to the country nearly 11 years since the war began.

“These are Syrian nationals, and it’s the government’s responsibility to ensure their security,” Grandi said. “We are engaging with the government to highlight refugees’ concerns, such as their safety, property rights and livelihoods. We also need the international community to help as well, to provide much-needed resources so that people can also fix their damaged homes, have running water, healthcare and send their children to school.

But in its 70-page report, titled “Our Lives are Like Death", HRW argues that the refugees should not be forced to return to Syria against their will, and face potentially life-threatening persecution. The conclusions are based on 65 interviews with Syrians who returned to their native country between 2017 and 2021 after having taken refuge in Jordan and Lebanon.

Country-wide protests against President Bashar al-Assad in March 2011 were brutally repressed, developing into a bloody civil war that has killed between 350,000 people, according to the UN - which has admitted that the real toll is likely to be much higher - and over half a million, according to the UK-based Syrian Observatory of Human Rights.

The conflict has displaced 13 million Syrians, an estimated 6.3 million of them seeking asylum in 127 other countries, according to HRW.

While Assad's forces and their allies have reclaimed control of most of the country, armed conflict is ongoing elsewhere, and government repression against perceived dissent continues unabated. On Wednesday, a government bombardment in the city of Ariha, in the rebel-held Idlib province, killed at least 10 people, including four children, and wounded dozens of others.

HRW estimates that some 282,283 Syrian refugees returned from Egypt, Iraq, Jordan, Lebanon and Turkey in so-called “spontaneous returns” between 2016 and May 2021. Some of these returnees and their relatives spoke to HRW using pseudonyms, fearful of the risks they faced on arriving back in Syria.

Salam told the rights group how his brother Karim returned to Syria from Jordan in April 2020, after obtaining a security clearance from the Syrian National Security Bureau which stated he was not wanted by security agencies - only to be arrested a month later.

Salam paid $8,000 to a senior official to locate his brother’s whereabouts, only to be informed that Karim had died in detention in a Damascus military intelligence base.

Mona told HRW that her husband was arrested by Syrian military intelligence on the family’s return from Lebanon in 2018, then imprisoned for nine months, before agreeing to serve in the army in exchange for his release.

'We got so sick and we had lice. I was pregnant the whole time I was in prison. My charges were only cooking for the Free Syrian Army'
- Anonymous Syrian refugee

A number of returnees who were detained told HRW of being beaten with metal rods or wooden sticks, electrocuted, or forced to sign documents blindfolded.

"We got so sick and we had lice. I was pregnant the whole time I was in prison. My charges were only cooking for the Free Syrian Army," one woman told HRW. “Some women were charged with kidnapping [military] officers and they went through a lot,” she added. “One young woman … was tied up and raped every day.”

“The harrowing accounts of torture, enforced disappearance, and abuse that refugees who went back to Syria endured should make it patently clear that Syria is not safe for returns,” Nadia Hardman, the refugee and migrant rights researcher at HRW and author of the report, wrote in a statement accompanying the report.

“Widespread property rights violations and other economic hardships also make a sustainable return impossible for many.”

Syria’s economy has been devastated by a decade of conflict and international sanctions, with the World Bank estimating that it has shrunk by more than 60 percent since 2010.

As of August, at least 12.4 million Syrians were food insecure, according to the World Food Programme (WFP), an increase of 4.5 million in the past year alone.

The World Health Organization estimates that more than half the population is in dire need of health assistance and half a million children are malnourished in Syria.

“No country should be forcing refugees to return to Syria, so long as the Syrian government commits widespread human rights abuses,” Hardman said. “A decade on, returning refugees are still at risk of persecution from the same government they fled.” 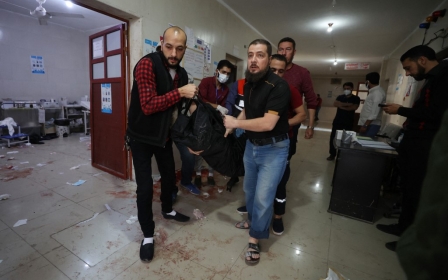