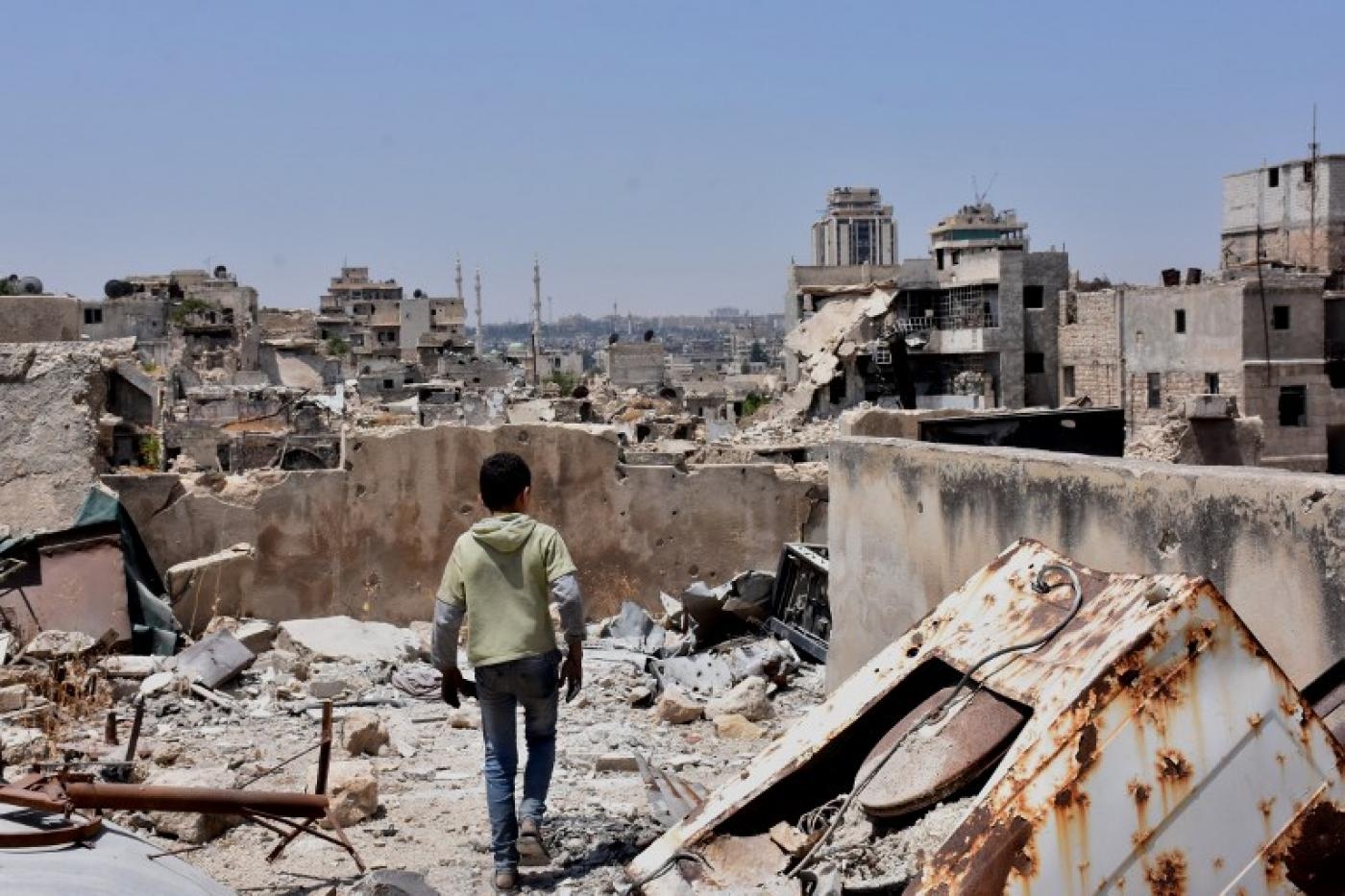 The Syrian military said Israel on Wednesday launched raids on an industrial zone in the northern city of Aleppo, causing damage only to materials, while opposition sources said the strikes hit Iranian ammunition stores and a military airport used by Tehran's forces.

"The Israeli aggression targeted some positions in Sheikh Najjar industrial zone and a number of enemy missiles were brought down," a Syrian army statement said.

Israel has not commented on the claims, the Reuters news agency reported.

The blasts caused an electrical blackout in Aleppo, the country's second-largest city and a major industrial hub that bore the brunt of years of fighting and heavy Russian and Syrian aerial bombardment of its former rebel-held areas.

Military experts told Reuters that Aleppo is one of the main areas where Iran's elite Revolutionary Guards have a strong military presence supporting local militias that have for years been fighting alongside the Syrian army to defeat rebel groups.

Two opposition sources familiar with Tehran's military presence in the area told Reuters a large ammunitions depot and a logistics hub that belonged to Iranian-backed militias inside the industrial zone received direct hits.

Other strikes hit the vicinity of Nairab military airport on the outskirts of Aleppo, in the second such strike on the installation used by Iranian troops in less than a year, they added.

The UK-based observatory, which relies on a network of sources inside Syria, said the seven dead were guards protecting the targeted warehouses.

The observatory said those killed were neither Syrian nor Iranian but could not specify their nationalities.

Israel, which considers Iran its biggest threat, has repeatedly attacked Iranian targets in Syria and those of allied militia, including Lebanon’s Hezbollah.

In January, Israeli Prime Minister Benjamin Netanyahu said that Israel had carried out an air strike against what he said were Iranian weapons in Syria, a rare public confirmation of such attacks.

"We have been taking action with impressive success to arrest Iran's military entrenchment in Syria," Netanyahu said.

The Israeli prime minister is facing a 9 April election and has been looking to burnish his security credentials - despite several ongoing corruption cases involving him and his family.

Israel has said it is crucial to block growing Iranian military influence in Syria and has vowed to push its troops out of the country.

Iran has warned that it will respond if Israel continues attacking targets in Syria, and has repeatedly said its military presence in Syria is at the invitation of the Assad government and that it has no immediate plans to withdraw.

The strike coincided with an emergency meeting of the United Nations Security Council that was held at Syria's request over US President Donald Trump’s decision to recognise Israel’s sovereignty over the Golan Heights. Syria War
'It is worse than death': The Aleppo families who live in exile