LONDON - The president of the official Syrian opposition has warned that Iran is a “rogue state” and supplied the “regime in Damascus” with chemicals used in the alleged Douma gas attacks, as he welcomed Donald Trump’s decision to withdraw from the Iran nuclear deal as the start of a combative new US approach to Tehran.

Speaking in London after meeting with British Foreign Secretary, Boris Johnson, the president of the Syrian Negotiations Committee, Nasr al-Hariri, said: “There is no place in the world that feels very clearly the malignant influence of Iran as much as in Syria.”

Hariri said Trump’s withdrawal from the nuclear deal was a “step in the right direction” and presented a “real opportunity” for the Syrian opposition to encourage the US to weaken Tehran's influence in Syria, but warned that “on its own, it’s not enough to limit the influence of Iran in this area".

He went on to describe Iran as a “rogue state” and claimed it had as many as 100,000 soldiers and militia fighters deployed in Syria as an “army of occupation”. Syria, he said, “is at the centre of the Iranian project in the region” following Iraq, which is “now completely in the hands of Iran".

Hariri also told reporters that the Syrian government was blocking attempts to renew UN-backed peace talks in Geneva on a transition agreement towards a new Syrian constitution. "The regime is refusing to give any mandate to the UN to establish a committee because Assad fears negotiations," he said.

Hariri also claimed that “sources inside the regime” had confirmed to the SNC that the chemicals weapons allegedly used by Syria in attacks on Douma last month originated in Iran.

He said: “We have reports that the chemicals were produced in Tehran, and were a mixture of sarin and chlorine. They can use this chemical gas again and again without limitation.”

He made the claims without providing documentation or supporting evidence, but said that the SNC had provided this information to US and UK intelligence services, and had discussed Iran’s ongoing chemical transfers to Syria with UK security officials.

'We have reports that the chemicals were produced in Tehran, and were a mixture of sarin and chlorine'

The leader of the SNC also welcomed the US-led strikes that followed the Douma gas attacks, but admitted they had had “nearly no impact on the regime”.

However, speaking before Israel said it launched fresh strikes on Iranian military targets in Syria on Wednesday night, he stopped short of directly praising Israel for attacks on Iranian forces inside the country.

He said: “As I said in my meetings with the British foreign secretary and government officials, international action needs to focus on countering Iran’s activities in Syria that have cost the lives of so many innocent Syrians... This response needs to be part of a broad and strategic effort that protects civilians and resolves the conflict, as opposed to piecemeal actions. In this context, we do not approve of regional actors’ attempts to use Syria as a theatre for their national objective.”

But he said that the US withdrawal from the nuclear accord would see the US forced to confront Iran and its proxies inside Syria.

He said: “There is no solution to Iran that does not deal with Syria. It is impossible to differentiate between the Syrian army and the Iranian militias.

"Syria is more important to Iran than Lebanon, Iraq and Yemen. Syria is the core and the heart of the Iranian project in the region. They have more than 100,000 fighters inside Syria, and control many of the decision-making institutions. In effect, there is no Syrian army in Syria since it takes its orders from Iran. When Iran is defeated in Syria, they will be defeated in Bahrain, Iran and Yemen".

Some members of the Syrian opposition are keen on any international action that weakens Iranian power in Syria, but Hariri warned against Syria becoming a battlefield for the US and Israel to confront Iran, and called on the UK to take action “to prevent the regime, Iran and Russia” from relying on a military solution.

He said: “The alternative is the continuation of a brutal civil war, empowerment of extremists, an emboldened dictator and an ever-worsening humanitarian crisis. That status quo is neither in the international community’s interests nor ours.”

Speaking after his meeting with Hariri, Boris Johnson said: “The regime’s continuation of its brutal offensives, including its use of chemical weapons, and its refusal to engage in negotiations have underlined the challenge of reaching a political settlement.

"But we remain clear that only a political solution will create a stable, brighter future for the Syrian people. Nasr al-Hariri and the Syrian opposition have again expressed their willingness to engage in direct negotiations with the Syrian regime and Russia without preconditions." 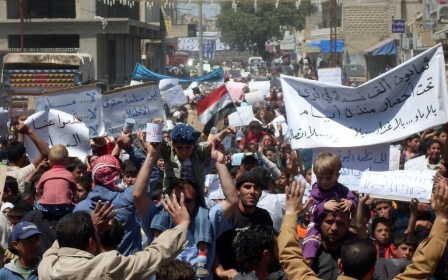 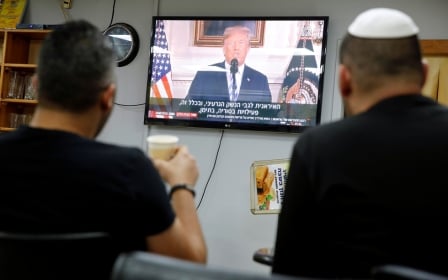