Syria's top religious authority seems to back India's threats to deport 40,000 Rohingya refugees who it claims are a security threat 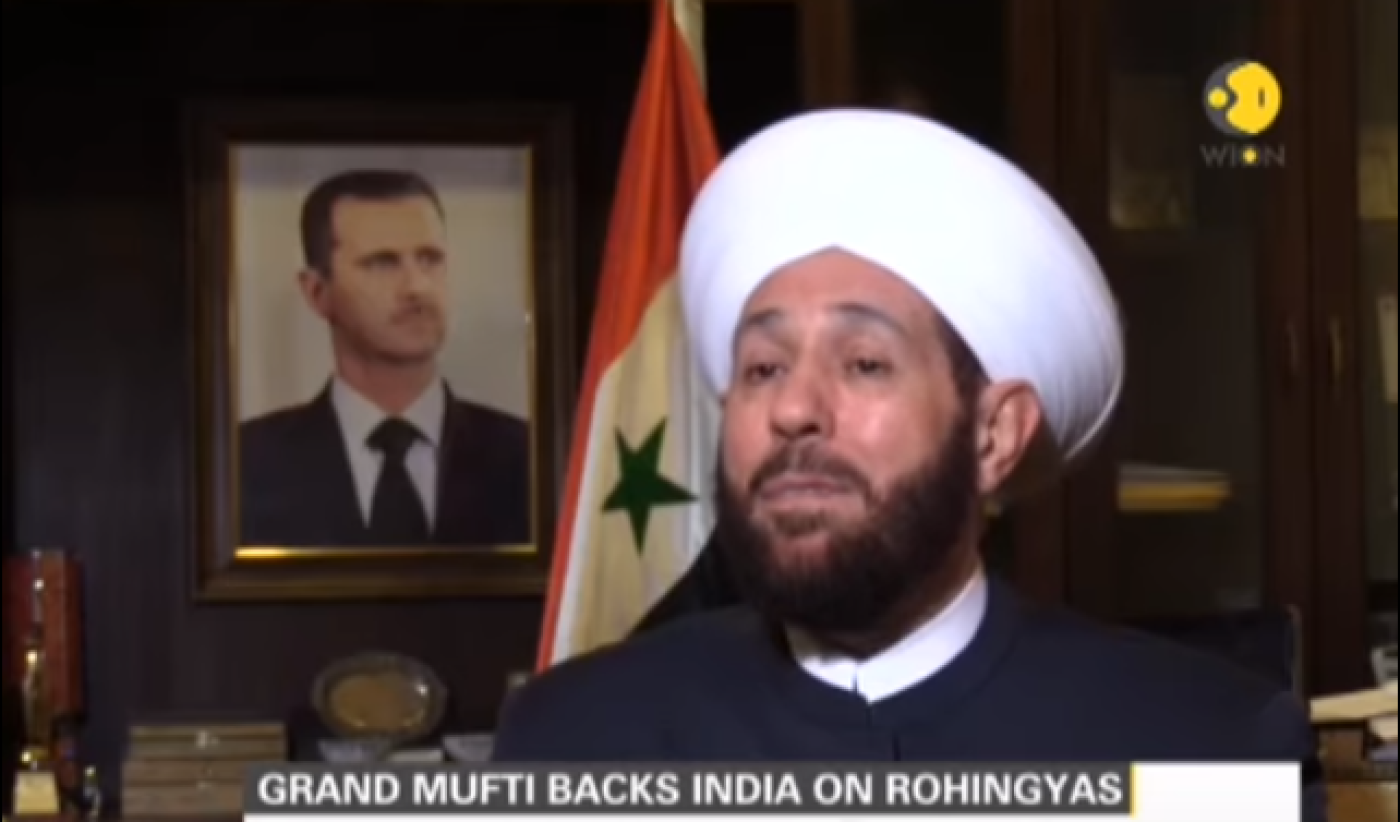 Syria's grand mufti has sided with India over the Myanmar Rohingya crisis in a TV interview last week.

In an attempt to justify attempts to deport up to 40,000 Muslim Rohingya refugees, the Indian government told the country’s top court last week that the Rohingya who have fled Myanmar are a "serious security threat," linking the Rohingya people to militant groups.

Sheikh Ahmad Badreddin Hassoun, the highest Islamic authority in Syria, claimed in an interview with the Indian World is One News (WION) channel that there was "big propaganda against the government of Myanmar," stating that the 450,000 refugees from the country are mentioned "at least a hundred times a day" in the media, implying that the plight of the refugees is being exaggerated.

India has stated that the Rohingya are "illegal immigrants" and not refugees. The government also claimed they had intelligence of potential links between Rohingya refugees and the Islamic State group, while community leaders have denied any such links.

India’s junior interior minister, Kiren Rijiju, told Reuters, "they are all illegal immigrants," adding that they would all be deported.

Social media users responded to Hassoun's comments, which were made in an exclusive interview with WION.

This man is a criminal, not Grand Mufti. Also, this man is directly guilty for spreading hate against West and its allies (which India is)

He is one of those personally responsible for the mass hanging of prisoners in Saydnaya. He's a butcher.

According to a report by Amnesty International, Hassoun was deputised by President Bashar al-Assad to approve the execution of up to 13,000 inmates in Saydnaya prisoner over the last five years, and has previously said that he would "train suicide bombers" to launch attacks in Europe and US if the West launched air strikes on Syria and Lebanon.

Hassoun has been a staunch supporter of the Syrian government since the start of the civil war and has been pictured on numerous occasions with Assad.

What else can one expect from Bashar the Butcher's Mufti

More than half a million Rohingya Muslims have fled what the UN human rights chief has described as a "textbook example" of ethnic cleansing by the Myanmar army. 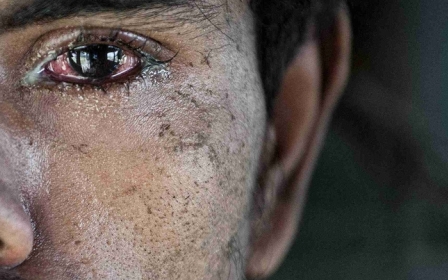