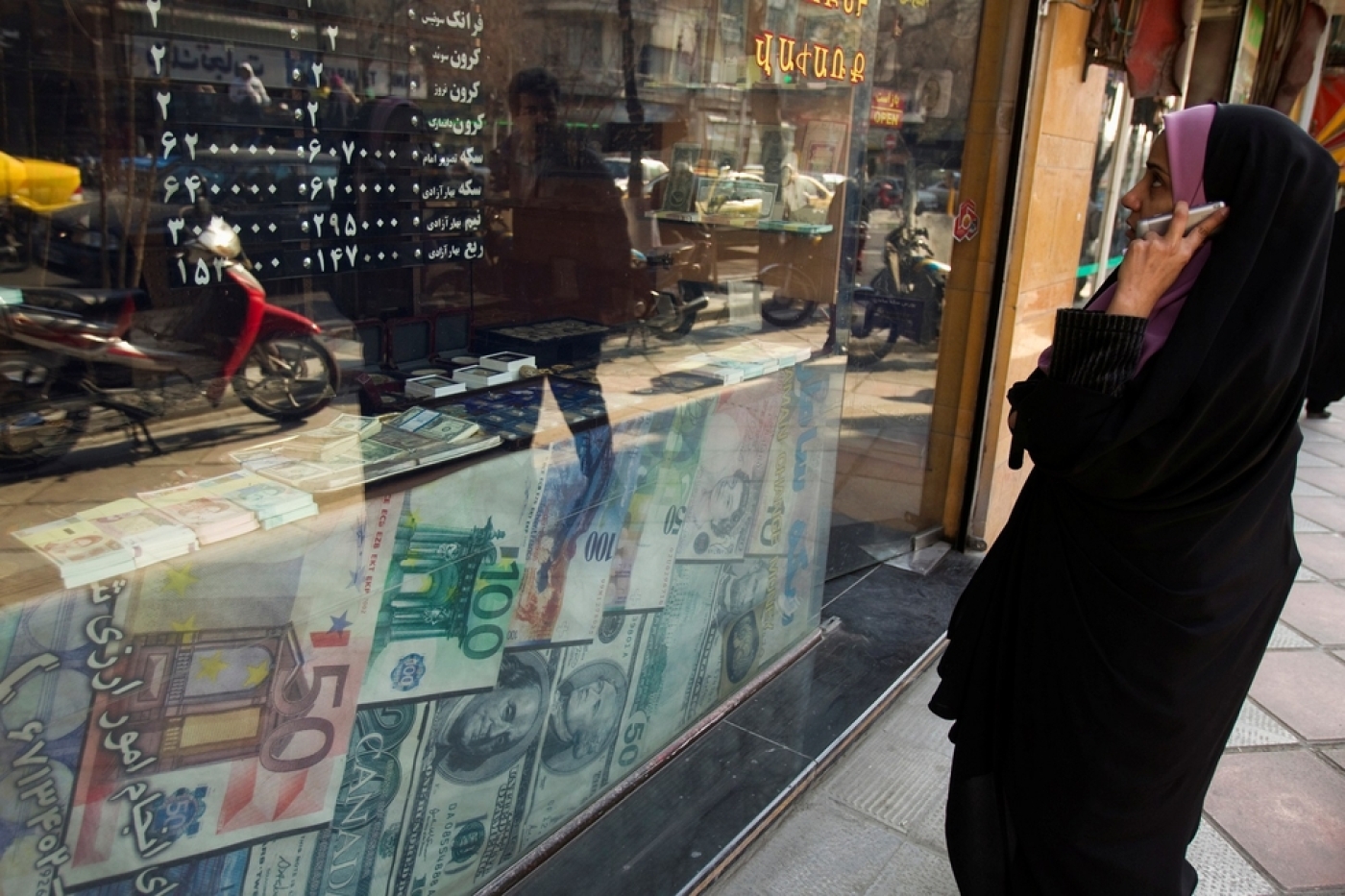 TEHRAN, Iran - The rial's plummeting value against the US dollar is worsening the economic situation in Iran, store owners in Tehran said on Monday as they gathered to protest for a solution to the ongoing currency crisis.

After shutting down their stores in Tehran's Grand Bazaar on Monday, protesters gathered in front of the parliament building to express their anger at what they believed was mismanagement by government officials.

Tehran's Grand Bazaar has been described as the economic heart of Iran and rumblings of discontent at the main market in the capital is reflective of the country's economy, analysts say.

The Iranian rial has lost about half of its value over recent months, falling to around 85,000 rials per dollar.

Maysam Rezai, a store owner, told Middle East Eye that demonstrators protested over government mismanagement at the bazaar on Monday.

"It is crystal clear," Rezai said. "The rial has been devalued and dollar's price is surging dramatically. This hurts our business."

Deputy governor of Tehran Mohsen Hamedani emphasised on Monday that none of the protesters had been arrested, according to local media.

"We should hear what people in the bazaar are saying and see what are their demands, and we should be responsive in the face of their problems," he said.

Iran's economic stability has been one of the biggest achievements of Hassan Rouhani since coming to office in 2013, according to his supporters. But in the last few months, the economy has been shaken by the dollar's surge against the rial.

The rial's downward spiral comes amid fears that US sanctions will be restored after US President Donald Trump withdrew from the nuclear agreement in May.

The deal, signed between Tehran and several world powers, saw Tehran significantly scale back its nuclear programme in exchange for lifting economic sanctions.

Iranians worried about their assets losing value have attempted to buy foreign currencies like dollars and euros as well as gold, according to Majid-Reza Hariri, an economic analyst.

However, the US withdrawal from the nuclear deal is not the only catalyst for this downfall, experts say.

Ahmad Farasati, an economic journalist, said high interest rates on deposits had previously driven people to leave their money in Iranian accounts, but that has now changed.

"With the government's decision to bring down the interest rates, people have decided to invest in foreign currency and gold markets," Farasati told MEE.

He added that the US exit from the nuclear deal has left Iranians worried about the value of their assets.

"That’s why a large number of people bought dollars and gold, which caused a surge in prices," Farasati said.

The currency crisis has prompted many social media users to ask Rouhani to dismiss his economic team.

An Iranian user under the name of Vahid Jafari, tweeted on Monday: "When a football team plays [badly] and doesn’t get [positive] results, the coach, manager or the board of trustee members resign. What about the economic team of the government?"

Few companies are getting cheap priced dollars from the government to import people's necessities. But they are betraying people and their country as they are selling their dollar in the black market at a high price

Omid Ahanagari, another Iranian user, tweeted: "All over the world, it is common that a figure or those who don’t deserve a responsibility resign from their [job]. The economic team of the government reacts childishly in the face of recent surge of prices."

Over the weekend, Amir Hossein Azadi, who describes himself as a graduate of political science, tweeted: "Why doesn’t the economic team of the government resign? Why has no one dismissed them? Why aren’t they impeached?"

While the dollar has been fetching up to 80,000 rial on the black market since 9 April, the government has announced that it would value the dollar at 42,000 rials to import companies.

However, companies acting in bad faith have been re-selling their cheaply acquired dollars in the domestic market instead of using them for imports.

"A few companies are getting cheap priced dollars from the government to import people's necessities. But they are betraying people and their country as they are selling their dollar in the black market at a high price," Assad Moradi, an economic analyst, told MEE.

He added that such practices are harming the rial even further.

Cell phone stores at Alla-Edin and Charsoo malls closed down on Sunday in protest against the surging prices.

Mohammad-Javad Azari Jahromi, the 35-year-old minister of information, went himself to Charsoo mall and persuaded the protesters to reopen their stores, vowing to solve the problem.

To fulfil his promise, Jahromi released a list of the main companies that import cell phones by getting governmental dollars, exposing vendors who are selling phones at an inflated price that they bought with subsidised dollars from the government.

The move was met with some positive reactions.

Another user under the name of "Darush Khosrowyar" tweeted on Monday: "Why can Azari Jahromi release a list of the importing companies, which get governmental [dollars], but the other ministers don’t have such courage?"

Azari Jaharomi's actions have led other ministries to release their own lists.

Several journalists reported that a number of importing companies were behind today's protests.

Saheb Sadeghi, the editor of the economic section of "Iran" daily told Middle East Eye: "Today, around 50 people ran through the bazaar, threatening and provoking the store owners to close down.

"As I have found out, these people are seemingly the agents of the companies which have been acting illegally and now their interests have been endangered by the possible release of their names by the ministries."

However, he also added that the current economic conditions cannot be ignored. 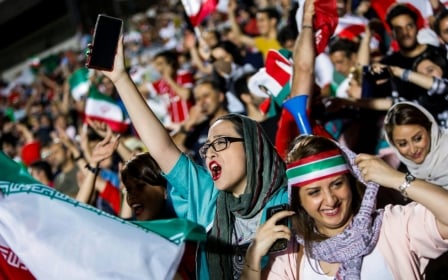 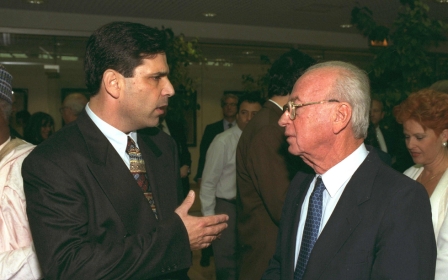 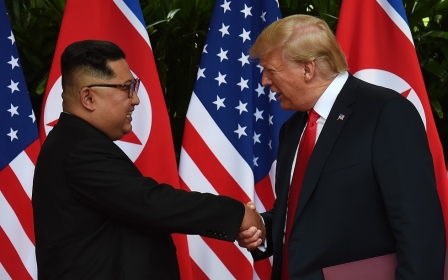