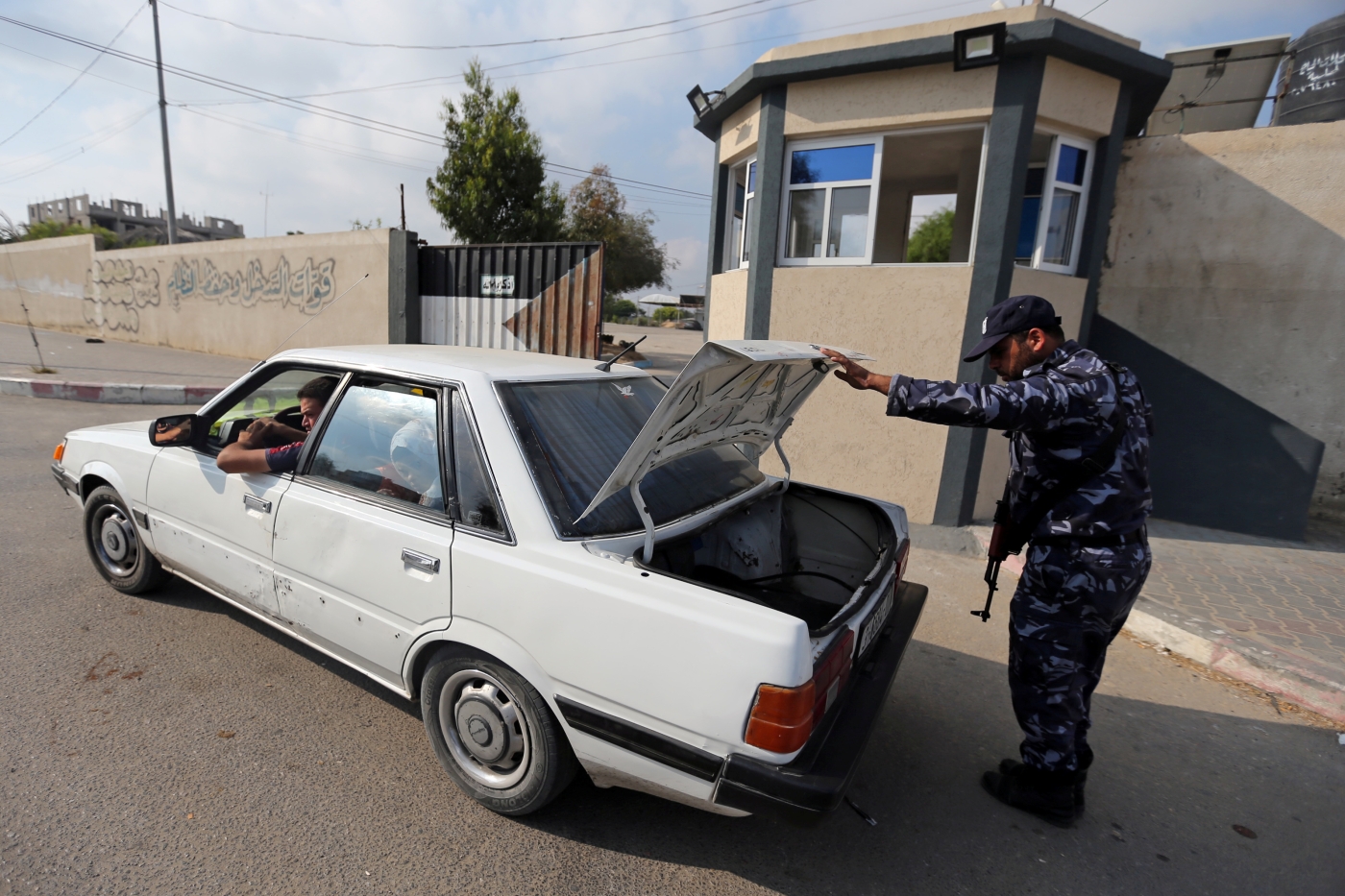 Two suicide bombers were responsible for the overnight bomb attacks that killed three police officers and wounded several other Palestinians in the Gaza Strip, according to Hamas officials.

Interior ministry spokesman Iyad Bozom told Reuters, that they are investigating the identities of the attackers.

"We uncovered their identities and are continuing an investigation to discover the party that stood behind them," he said.

Bozom said the aim of the attacks was to "spread chaos and security anarchy in Gaza".

Reuters reported witnesses saying the first blast destroyed a motorcycle as it passed a police checkpoint. Two police officers were killed and a third Palestinian wounded. It was not immediately clear if the riders were among the casualties.

The second explosion, less than an hour later, killed one officer and wounded several people at a police checkpoint elsewhere in the city, the interior ministry said on Wednesday morning. The ministry declared a state of emergency throughout Gaza, putting security forces on alert.

A source familiar with the investigation told AFP that a militant group in Gaza that sympathised with Islamic State was suspected in the attacks. 'About to erupt': What's behind the attacks across Gaza's frontier?
Read More »

Bozom told Reuters that security forces were making progress in their pursuit of those behind the explosions, but he did not disclose further details.

"The sinful hands that carried out this crime will not escape punishment," said Bozom.

A spokesman for the Israeli military said he knew of no involvement by Israel in the back-to-back incidents in Gaza city at a time of simmering cross-border confrontations with Hamas.

Suicide bombings are rare in the Gaza Strip.

In August 2017, a suicide bomber killed a Hamas guard in southern Gaza on the border with Egypt.

Hamas has run the Gaza Strip since 2007, but smaller militant groups - often aligned with al-Qaeda or IS - have arisen in recent years threatening its rule.