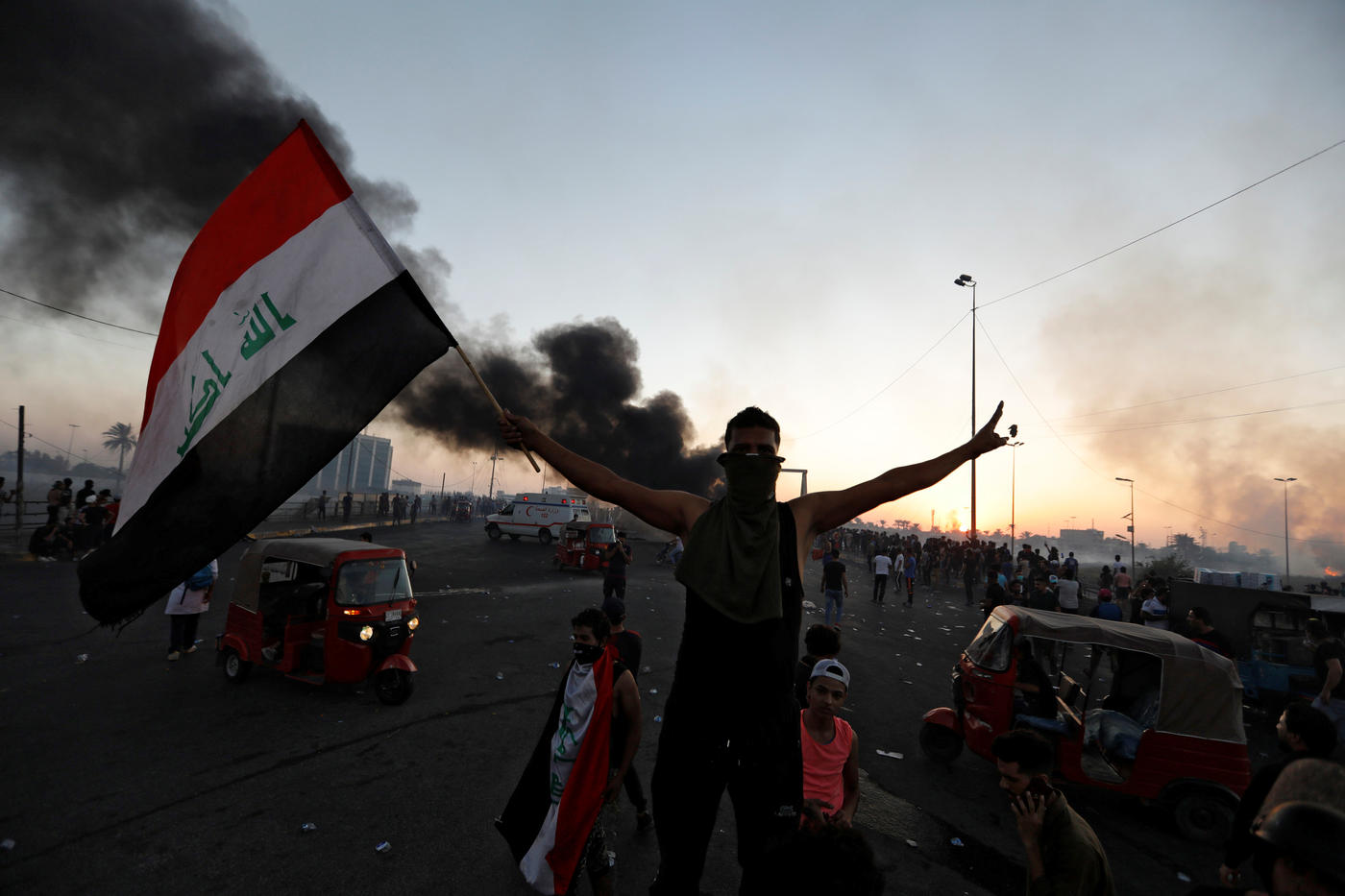 Four protesters died from gunfire overnight during a demonstration outside the Iranian consulate in Iraq's Karbala, the head of the forensics department in the holy city told the AFP news agency on Monday.

At least seven people, including six members of the security forces, were also injured, security and medical sources told the Reuters news agency.

Witnesses said protesters scaled the walls surrounding the building, bringing down an Iranian flag and replacing it with one of Iraq.

The attack is an apparent sign of increasing anger against Iran's perceived interference in Iraqi politics.

Many taking part in Iraq's month-long protest movement accuse Tehran of propping up a government they see as corrupt and inefficient.

About 34 people were wounded in Baghdad, medical and security sources said, when security forces opened fire on protesters massing near the state television headquarters, according to witnesses.

Internet access was also cut off in Iraq's capital, as well as many areas across the country, with tens of millions of users being pushed offline, NetBlocks, an internet blockage observatory, reported late on Monday.

Protests had continued in Iraq's capital on Sunday, shutting down streets and government offices as demonstrators demanded change to the political system.

Students took part in sit-ins at their schools and parked cars along main thoroughfares to block traffic in Baghdad on the first day of the work week, in what protesters said was non-violent resistance. "We decided to cut the roads as a message to the government that we will keep protesting until the corrupt people and thieves are kicked out and the regime falls," Tahseen Nasser, a 25-year-old protester told AFP in the eastern city of Kut.

"We're not allowing government workers to reach their offices, just those in humanitarian fields" such as hospital staff, he said.

Outrage against rampant corruption and unemployment broke out into street protests on 1 October, bringing parts of the country to a standstill and eliciting a violent government response, killing dozens.

More than 250 people have died so far in the crackdown on the unrest.

Some 120 people were injured on Saturday night after security forces used live rounds and tear gas against protesters blocking the road leading to Iraq's main Gulf port, Umm Qasr, according to the Independent High Commission for Human Rights (IHCHR) in Iraq.

The highway leading to the port remained closed on Sunday, with a source telling AFP that around a dozen ships had left to take their goods elsewhere after being unable to dock.

The government has proposed a range of measures, including social welfare reforms and early elections.

This has failed to satisfy protesters, who are increasingly demanding wholesale changes to the political establishment.

"We decided on this campaign of civil disobedience because we have had it up to here with the government's lies and promises of so-called reform," said Mohammad al-Assadi, a government employee on strike in the southern city of Nasiriyah.

In Basra, the oil-rich port city, public schools were shut for the first time since the protests began.

Demonstrators have organised sit-ins in Nasiriyah, occupying the main streets and squares and blocking four bridges crossing  the Euphrates leading out of the city.

Schools and government offices were closed in the southeastern city and across a half-dozen other cities in the south.

The spreading sit-ins are a sign of a new phase in the protests, the largest grassroots movement the country has seen in decades.

In a statement on Sunday, the IHCHR called on Iraqi authorities to cease using live rounds and "seek other means that save the lives of the demonstrators".

The commission claimed that most deaths were due to the use of rubber bullets "which is contrary to the principles of human rights".

"The Commission expresses its support for the right to peaceful demonstration and the legitimate demands of the protestors," the statement added. 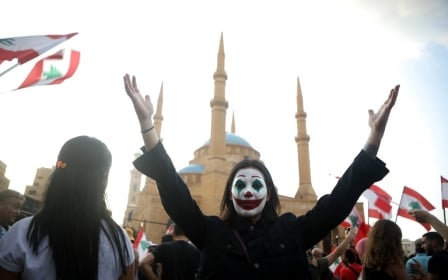