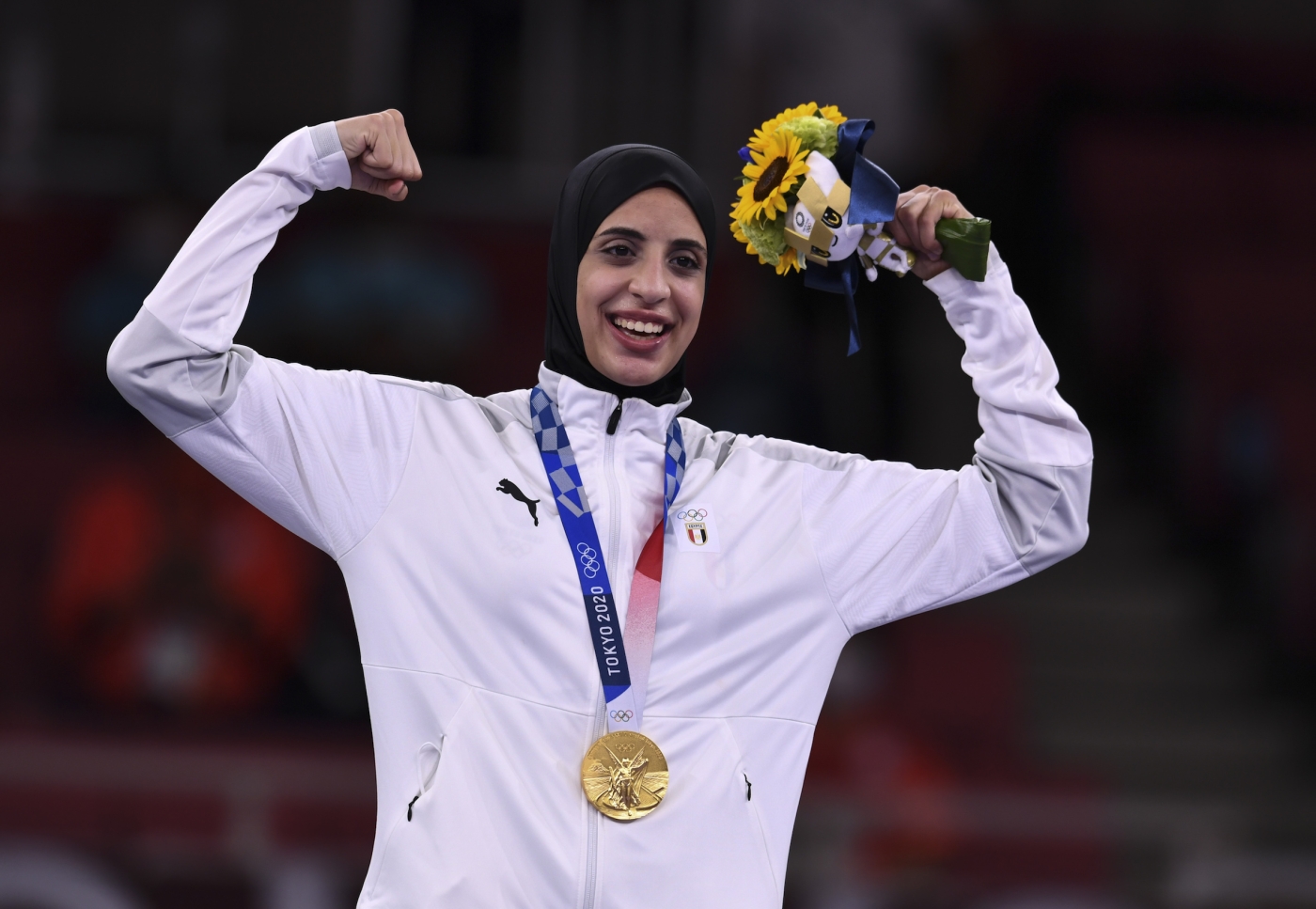 Feryal Abdelaziz celebrates after the Egyptian national anthem was played for the first time in 17 years in an Olympic stadium, 7 August 2021 (REUTERS/Annegret Hilse)
By
Nur Ayoubi

Feryal Abdelaziz made history by becoming the first Egyptian woman to win a gold Olympic medal after beating her Azeri opponent in the women's Karate Kumite +61kg competition on Saturday.

The athlete's achievement secured Egypt's first gold medal in 17 years. Karam Gaber was the last athlete to win gold for Egypt in the 2004 Athens games.

In a video posted online, her family is seen huddling around a television screen watching anxiously before erupting with joy as Abdelaziz secured the win.

Family seems to have played a large role in the athlete's Olympic journey. When speaking to beIN sports, Abdelaziz said: "Thank you, mum, it's your achievement, not mine."

The exceptional win came a day after Egypt's Giana Farouk made history by winning the delegation's first-ever medal in karate by claiming bronze in the women's Kumite 61kg event.

Egypt has so far won six medals in the Tokyo games, surpassing its own record for the number of medals won in a single competition.

The Egyptian delegation had previously won five medals at each of the following competitions: the Olympics in Berlin in 1936, London in 1948, and Athens in 2004.

Abdelaziz began her love affair with karate in Cairo at the age of seven. She is currently studying to become a pharmacist. 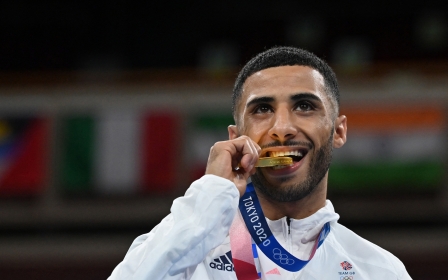