John Chilcot, who chaired a public inquiry into the Iraq war, said he felt that Blair had been 'emotionally truthful' over the 2003 invasion The chair of the public inquiry into the Iraq war said that Tony Blair was not "straight with the nation" in the run up to his decision to take the UK into the conflict.

In a rare public interview, John Chilcot said he believed that the former UK Prime Minister was a persuasive "advocate" but hadn't been clear over the 2003 US-led invasion.

"Tony Blair is always and ever an advocate," he told the BBC on Thursday. "He makes the most persuasive case he can. Not departing from the truth but persuasion is everything."

Asked by the BBC's Laura Kuenssberg about Blair's honesty over Iraq, he replied: "Can I slightly reword that to say I think any prime minister taking a country into war has got to be straight with the nation and carry it, so far as possible, with him or her."

"I don't believe that was the case in the Iraq instance."

He added that Blair had been "emotionally truthful" over Iraq.

"I think he gave an – what was – I hesitate to say this, rather, but I think it was, from his perspective and standpoint, emotionally truthful and I think that came out also in his press conference after the launch statement," Chilcot told Kuenssberg.

"I think he was under – as you said just now – very great emotional pressure during those sessions... he was suffering. He was deeply engaged. Now in that state of mind and mood you fall back on your instinctive skills and reactions, I think."

The Chilcot report, released in July 2016, concluded that Blair's case for taking the UK into Iraq had been "far from satisfactory".

Blair was criticised for taking Britain to war in Iraq on the basis of "flawed" intelligence and inadequate planning for the invasion's aftermath. Chilcot also concluded that the war was launched at a time when Iraqi leader Saddam Hussein did not pose an "imminent threat".

However, Blair still maintained that the Iraq war had been the correct choice, despite the controversy.

"I believe we made the right decision and the world is better and safer," he declared, following the Chilcot report publication.

Blair's decision to take the UK into Iraq has long been a source of controversy, including within his own Labour Party.

The current Labour leader, Jeremy Corbyn, was a staunch opponent of the Iraq war and publicly apologised in 2016 for his party taking the UK into the conflict.

Blair, who was prime minister between 1997 and 2007, is seen as a formidable political campaigner but remains deeply unpopular in Britain for his role in taking the country into the 2003 Iraq war. 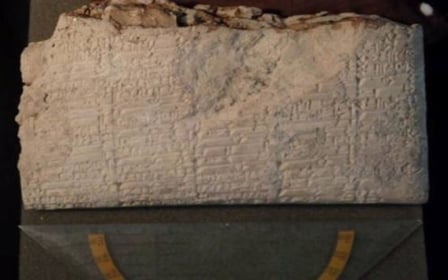