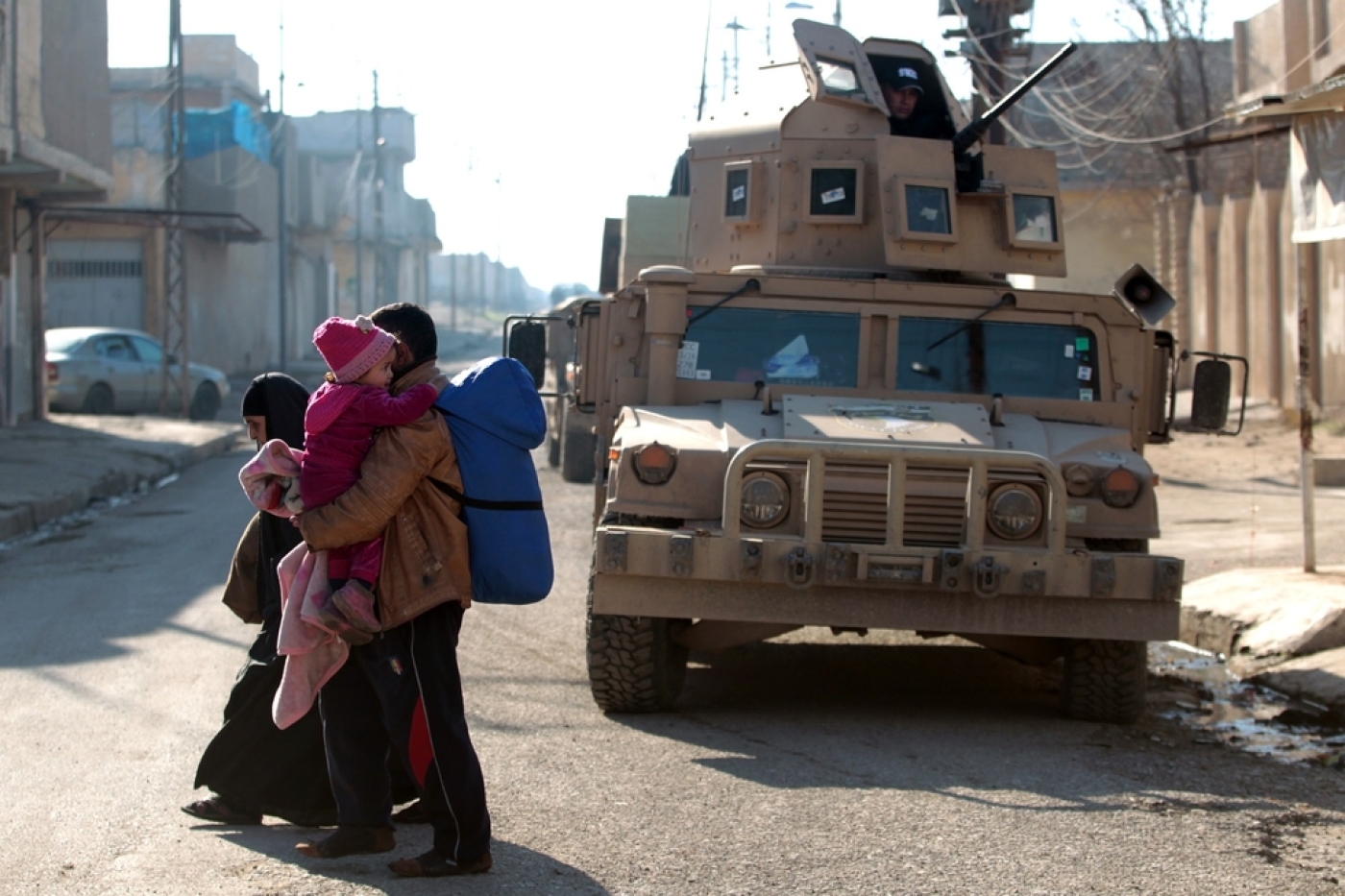 Iraqi forces have fully retaken east Mosul from the Islamic State (IS) group, a top commander said on Wednesday, three months after a huge offensive was launched against the IS stronghold.

Elite forces have in recent days entered the last neighbourhoods on the eastern side of Mosul, on the left bank of the Tigris River that runs through the city.

Speaking at a press conference in Bartalla, a town east of Mosul, Staff General Talib al-Sheghati, who heads the Counter-Terrorism Service (CTS), announced "the liberation... of the left bank".

Sheghati added however that while the east of the city could be considered under government control, some work remained to be done to flush out the last holdout for IS.

The "important lines and important areas are finished," he said, adding that "there is only a bit of the northern (front) remaining."

Wednesday's announcement marks the end of a phase in the operation launched on 17 October to retake Mosul, Iraq's second city and the last major urban stronghold IS has in the country.

The offensive, Iraq's largest military operation in years with tens of thousands of fighters involved, began with a focus on sparsely populated areas around Mosul.

CTS entered the city proper in November and encountered tougher than expected resistance from IS, whose fighters launched a huge number of suicide car bombs against advancing Iraqi forces.

The going was tough for weeks but a fresh push coordinated with other federal forces and backed by the US-led coalition was launched in December and yielded quick and decisive gains.

The west bank of Mosul is a bit smaller but is home to the narrow streets of the Old City - impassable to most military vehicles - and to some of the city's neighbourhoods which are home to many militants.

Brigadier General Yahya Rasool also stressed that despite Sheghati's announcement, there would be more fighting in east Mosul in the coming days.

"Sheghati is the head of CTS and he was talking about areas under CTS control. There are some neighbourhoods that are still being liberated and that could take a few days," he told AFP.

All the bridges across the Tigris in Mosul have been either blown up by IS or destroyed by coalition air strikes, which has made it very difficult for IS to resupply its fighters in the city's east.

It will also make it difficult for elite Iraqi forces to attack the west bank without redeploying to other fronts west of the river that has been largely static for weeks.

Interior ministry and federal police forces have held positions just south of Mosul airport, which lies on the southern edge of the city and west of the Tigris, since November.

Punching into densely populated areas however and confronting intense resistance from IS in urban environments is a type of operation which is left largely to CTS.

The fighting inside Mosul has been complicated by the continued presence of much of its population, which did not or could not flee when Iraqi forces started advancing.

According to the United Nations, around 150,000 people are currently displaced as a result of the three-month-old offensive.

Mosul lies around 350 kilometres north-west of Baghdad and had an estimated population of close to two million when IS overran it in early June 2014.

The leader of IS, Abu Bakr al-Baghdadi, proclaimed a "caliphate" straddling parts of Iraq and Syria from a mosque on the west bank of Mosul days later.

The full recapture of Mosul by government forces would effectively end IS's days as a land-holding force in Iraq and deal a death blow to its claim of running a state.

Observers have said they expect a short lull in operations after east Mosul is brought fully under control.