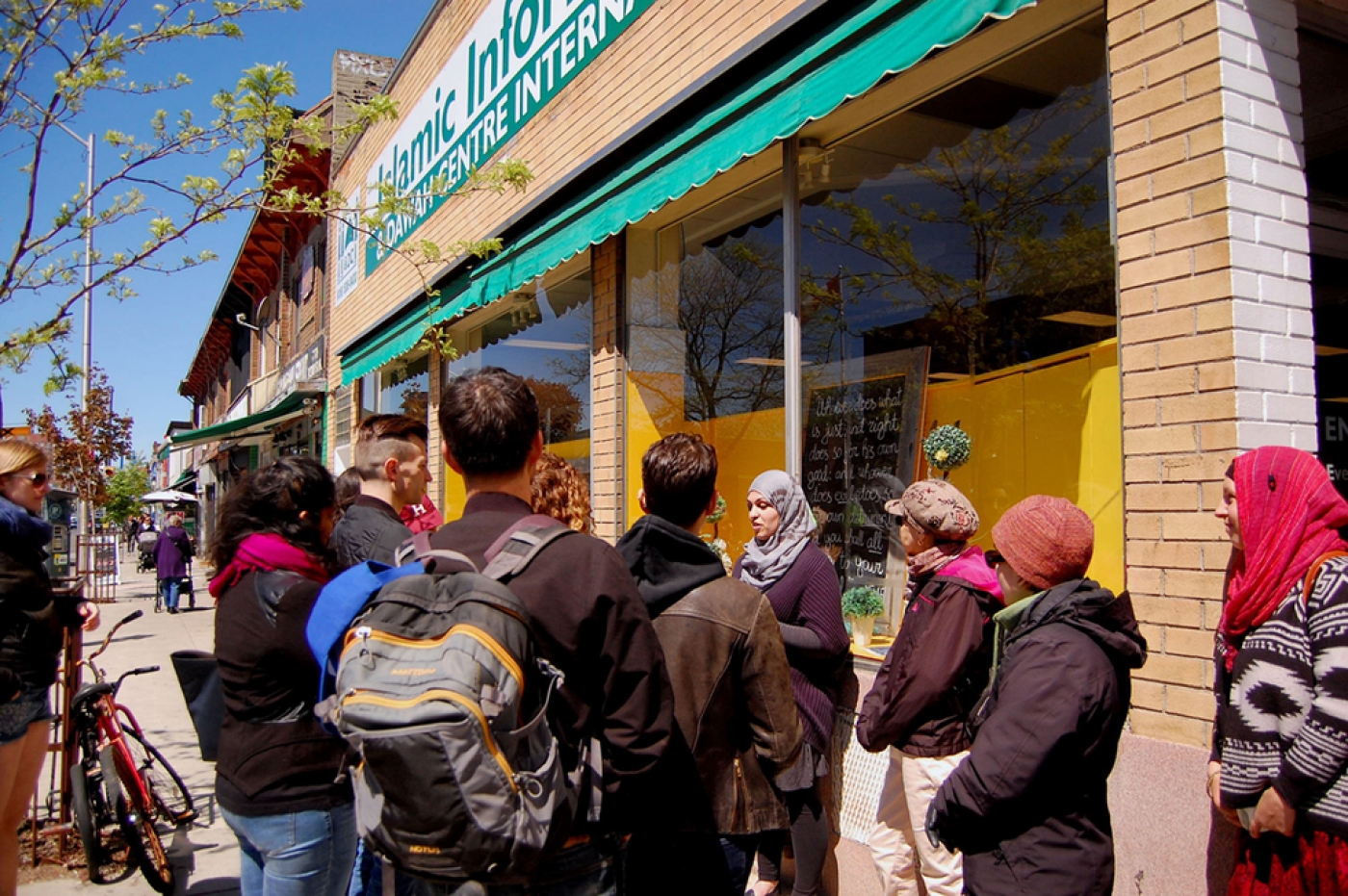 TORONTO, Canada – Shazlin Rahman stood on a side street in Toronto’s west end, encircled by a diverse group of neighbours, friends, acquaintances, and people she had only just met.

She chose this spot, the first stop in an hour-long tour of the Bloordale neighbourhood, because she said she wanted to show the group just how diverse the Muslim community really is.

“That happens to be my dentist here,” Rahman said, pointing up at the sign for Opal Dental Care, a small, dental office run by Dr Amin Babul.

“Muslims are not monolithic… [we] practise in different ways,” Rahman continued, explaining the difference between Sunni and Shia Muslims, before leading the group down the street towards the nearby subway station.

The afternoon walking tour aimed to build connections between residents in Canada’s most populous city, and generate ideas about how people can show solidarity with their Muslim neighbours, especially as they face Islamophobia and other problems.

It was one of dozens of “Jane’s Walks” organised in the city; citizen-led walking tours inspired by Jane Jacobs, an urban planner who championed residents’ input into how their neighbourhoods look and function.

Rahman said she first conceived the idea after noticing that people wanted to show their support for Muslims “beyond moments of tragedy,” but many weren’t sure how they could do it.

“I know that it starts with personal, one-on-one relationships with the Muslims around you,” Rahman told Middle East Eye before the tour began.

“So that’s why this walk today is going to look at the different ways that people can do that in simple ways that are not intimidating to themselves and also to their Muslim friends.”

Islamophobia on the rise

Islamophobia has been on the rise in Canada in recent years, with hate crimes targeting Muslims more than doubling between 2012 and 2014, the last period for which the data is available.

At the end of January, six Muslim men were killed as they prayed in an attack on a mosque in Quebec City.

While the attack sparked an outpouring of support across Canada, with candlelight vigils held in several major cities, and community leaders vowing to put an end to anti-Muslim rhetoric, a series of religiously-motivated incidents have happened since the shooting.

Several cases of vandalism at mosques, and threats to a Jewish community centre in downtown Toronto, have been reported in recent months.

A parliamentary motion to condemn and investigate Islamophobia and hate crimes across Canada drew the ire of right-wing groups earlier this year, which said it curtailed freedom of speech.

Though the motion passed by a wide margin with the support of the governing Liberal Party, the hate-filled public debate created a charged atmosphere across the country.

Rusul Alrubail, a writer and educator based in Toronto, spoke during one of the tour stops in front of the Islamic Information and Dawah Centre International, a mosque in the heart of the neighbourhood.

She said a neighbour’s public display of solidarity - a white ribbon affixed to a tree with a message that read, “All faiths welcome” - helped her cope in the aftermath of the deadly Quebec shooting.

Up until that point, she had decided to keep her daughter home from school, and she felt uneasy even walking around her own neighbourhood.

“You wouldn’t even imagine the feeling that I got when I read that message. It’s such a simple message, but I was so overwhelmed. I stood there, holding back tears,” Alrubail recalled.

The ribbons were part of a campaign launched by another nearby mosque, and carried various messages, including “Diversity is our strength”. But the ribbon on her neighbour’s lawn spoke to her the most, Alrubail said.

“That one stood [out] to me… Your faith is welcome; it doesn’t matter what you believe in, you’re here and you’re our neighbour. I was so struck by this,” she said.

While “anti-Muslim sentiment and Islamophobia is an ongoing problem,” Rahman said it feels like the issue has slightly fallen out of the news.

“So I think it’s a great time for people to take a step back and think about what they can do, and not be in this emergency and alarming mode all the time,” she said.

She pointed to transportation as an area that can pose a challenge in the aftermath of anti-Muslim incidents, especially for women who wear headscarves or are otherwise visibly Muslim.

And it’s a place where simple acts of solidarity can go a long way, she said.

In recent months, incidents have been reported in Toronto of Muslim women being spat on, or even verbally and physically assaulted, while riding the subway or buses.

“Travelling is a key issue for Muslims, particularly for Muslim women, whenever Islamophobia is on the rise,” Rahman said, adding that she has felt apprehensive about taking public transportation at times.

A simple solution would be offering Muslim friends a ride, if you’re travelling to the same place, or riding the bus or subway together to prevent harassment, she said.

“That can be really detrimental to a lot of Muslim women, especially for people who are already marginalised and racialised.”

Ilyas Ally, the assistant imam at the Dawah Centre, said solidarity vigils and other interfaith events organised in the aftermath of recent tragic incidents meant a lot to the local Muslim community.

Speaking to the group in the mosque’s main prayer hall, he said that people of all faiths should feel like they can walk into the centre at any time to show their support, or ask questions.

“We always like to be open and accessible so that if people have questions, or if they just want to visit just to say hi, then we always entertain that,” he said.

The mosque’s central location – on a busy street that crosses the city from east to west – was chosen specifically to encourage that type of dialogue. “We’re trying our best to set ourselves up in a way that people feel that they can come in,” Ally said.

“I always tell people… Don’t feel afraid to come in if you have a question, or if you just want to share a thought or a message of support or whatever it may be. People are always welcome. That’s our philosophy.”

Rahman, meanwhile, said she hoped people would leave the walking tour with new ideas about how to engage with their own communities. 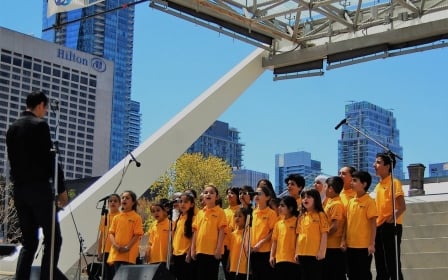 Refugees
A token of appreciation: Syrian parents in Canada name infant after Trudeau Refugees
Syrian refugee gets status in Canada after bureaucratic battle 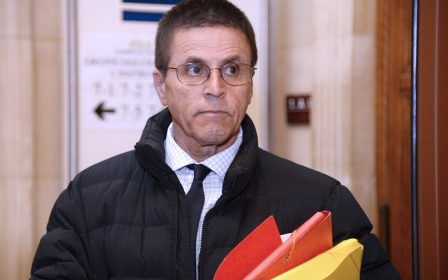