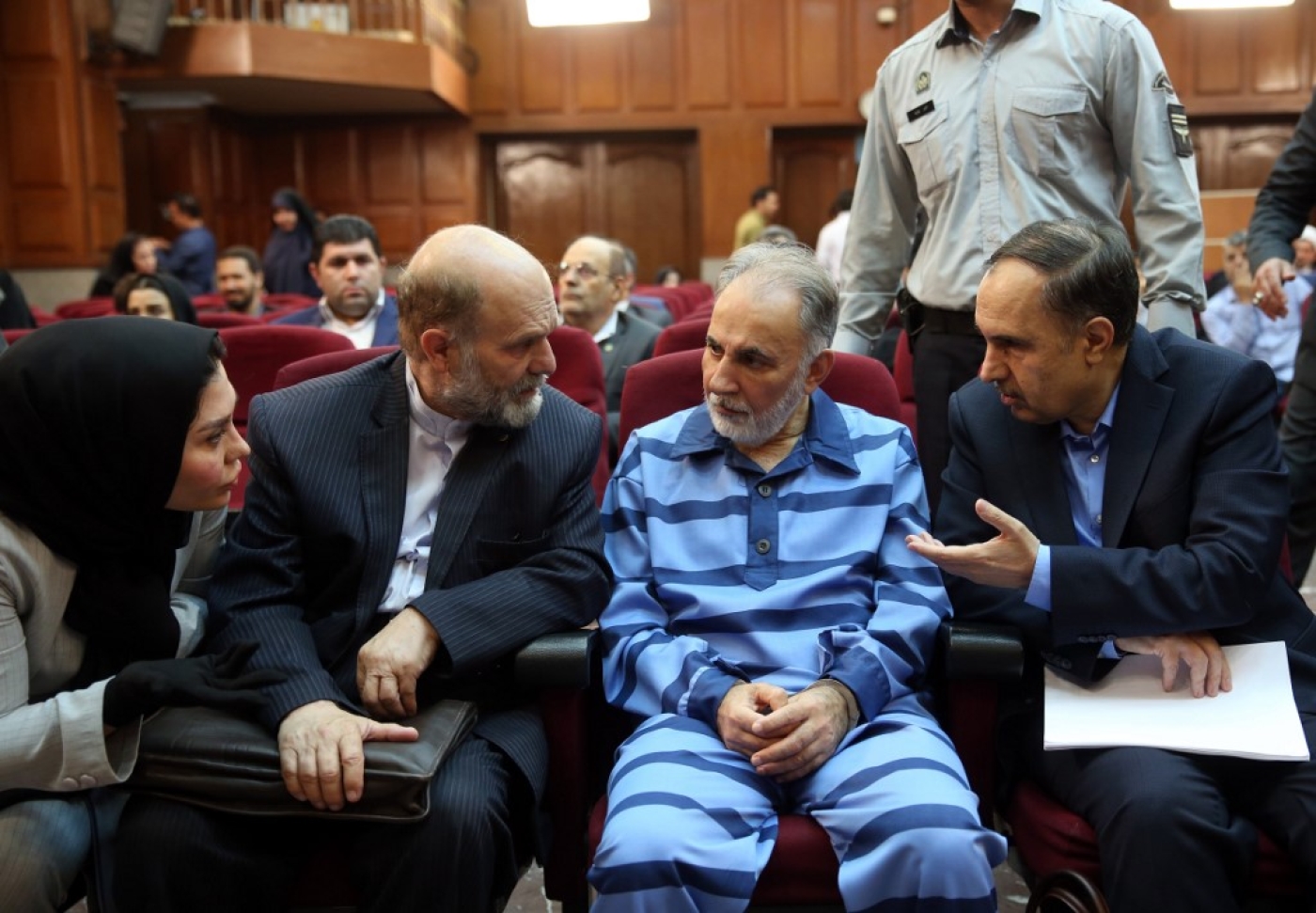 The high-profile murder trial of a former Tehran mayor who confessed to killing his wife on national television opened on Saturday, Iranian media reported.

Reformist Mohammad Ali Najafi, a close confidant of President Rouhani, appeared in a Tehran criminal court, accused of shooting his second wife Mitra Ostad at their home in the upper-class neighbourhood of Saadat Abad in northwestern Tehran.

The charge sheet read out in court included murder, assault, battery and illegal possession of a weapon.

Ostad’s body was found in a bathtub after Najafi handed himself in to authorities and confessed to killing her in May.

Speaking to journalists the same day, Najafi confessed to the murder, claiming his wife jumped on him as he held a gun only “to scare her”. Campaigners argued that the public confession rationalised misogyny and violence against women.

A day in the Islamic Republic of Iran:

Tehran's former mayor (reformist) admits to killing his wife. He blames her for being too difficult.

He gets preferential treatment on TV to air his side of the story.

Can this regime be reformed when even a reformist is so misogynist? pic.twitter.com/eu2bykgUe1

The trial has attracted intense media coverage, a rarity in a country where cases related to politicians rarely appear on television.

Ultra-conservatives have claimed the case is indicative of the “moral bankruptcy” of reformists and have called for a fair trial, while reformists have criticised the conservative-dominated television of bias in their coverage.

Najafi is considered a member of Rouhani’s reformist political faction, serving seven months as mayor of Tehran from August 2017 to April the following year before resigning amid pressure from hardliners after a video leaked in which he was seen attending a school show in which girls were dancing.

Women dancing and singing in front of a mixed-gender public is deemed illegal in Iran.

A mathematician and professor, Najafi has also previously served as Rouhani’s economic advisor and education minister.

Ostad’s family has appealed for the Islamic law of retribution to be applied - an "eye for an eye" form of punishment which would see the death penalty served in this instance.