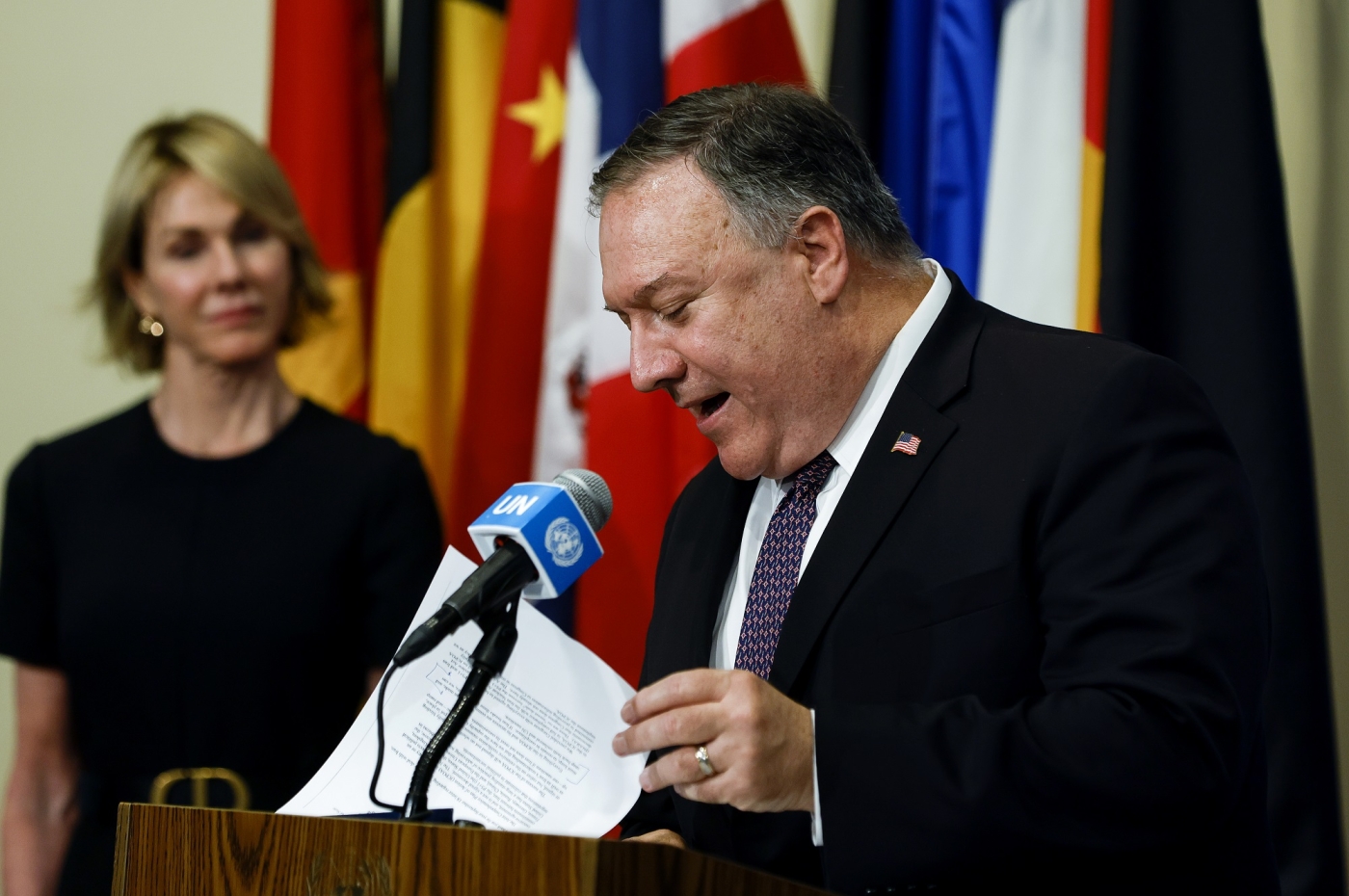 The Trump administration is gearing up to start enforcing snapback sanctions against Iran in the name of the United Nations - measures that the UN itself says are not valid.

A UN Security Council resolution backing the Iran nuclear deal allows participant nations to reactivate international sanctions on the Islamic Republic by simply notifying the UN that Tehran is not in compliance with the terms of the agreement.

The so-called snapback sanctions would come into effect 30 days after the notification, unless the Security Council passes a resolution to continue sanction relief.

'You cannot be in and out at the same time. And that's what the Trump administration is trying to claim'

US Secretary of State Mike Pompeo delivered a letter to the Security Council on 20 August calling for restoring "virtually all UN sanctions on Iran" that were dropped in 2015 after the nuclear agreement, known as the Joint Comprehensive Plan of Action (JCPOA) was signed.

In the US administration's rationale, Security Council Resolution 2231, which codified the JCPOA at the UN, gives Washington the power to unilaterally restore sanctions by simply notifying the Security Council of Iranian non-compliance.

"I think 2231 is pretty clear that any JCPOA participant state can send that notification to the Security Council about Iran's failure to meet its responsibilities. And sanctions return 30 days later unless a resolution has been adopted that continues the lifting of sanctions which 2231 brought," US envoy for Iran Elliott Abrams told reporters on Wednesday.

According to Abrams, the sanctions will be back in full force on Saturday night.

Still, there is one simple but glaring issue with Washington's logic, critics say: The United States is no longer a JCPOA participant, and therefore it cannot trigger UN sanctions.

In May 2018, President Donald Trump withdrew Washington from the multilateral deal, which had seen Tehran scale back its nuclear programme in exchange for the lifting of international sanctions against its economy.

Resolution 2231 says that sanctions lifted by the nuclear deal will be snapped back "within 30 days of receiving a notification by a JCPOA participant state".

The United States' departure from the nuclear deal is not open to interpretation. Washington has been piling sanctions on various sectors of the Iranian economy for the past two years in violation of the agreement that Trump prides himself on nixing. In pictures: Iran and the masks of the Minab market
Read More »

But US officials argue that Resolution 2231, which was adopted in 2015, lists the US among the original participants in the deal, and therefore Washington can still trigger sanctions even if it's not a current participant.

"It's ridiculous; it's illogical; it's illegal; it's absurd; it's farcical that the US can claim to be a participant for the purpose of trashing this agreement and violating this UN Security Council resolution," said Barbara Slavin, director of the Future of Iran Initiative at the Atlantic Council.

"You cannot be in and out at the same time. And that's what the Trump administration is trying to claim."

Even John Bolton, Trump's former national security adviser and one of the most hawkish US politicians on Iran, has ridiculed the US administration's interpretation of 2231

"The agreement's backers argue that Washington, having withdrawn from the deal, has no standing to invoke its provisions. They're right," he wrote in a Wall Street Journal op-ed last month. "It's too cute by half to say we’re in the nuclear deal for purposes we want but not for those we don't."

Late in August, the overwhelming majority of the 15-member Security Council rejected the US push, dismissing the US notification for re-activating sanctions.

Washington's envoy to the UN, Kelly Craft, responded by accusing members of the council, including America's European allies, of supporting "terrorists".

"Let me just make it really, really clear: the Trump administration has no fear in standing in limited company on this matter," Craft said.

"I only regret that other members of this council have lost their way and now find themselves standing in the company of terrorists." 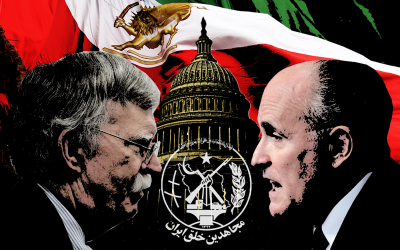 In limited company, or rather alone, Washington has remained adamant on enforcing the non-existing restored UN sanctions.

At a joint news conference alongside UK Foreign Secretary Dominic Raab on Wednesday, US Secretary of State Mike Pompeo stressed that Washington would fulfill its "responsibility" in enforcing "valid" UN Security Council resolutions against Iran.

"We'll do all the things we need to do to ensure that those sanctions are enforced," he said.

US officials say Washington's effort to restore UN sanctions, rather than applying further penalties on trade with Iran unilaterally as it has for the past two years, is primarily aimed at prolonging the arms embargo against Iran, which is set to expire next month.

In mid-August a Washington-sponsored Security Council resolution to indefinitely extend the ban of conventional weapons trade with Iran received two votes only (the US and Dominican Republic), with Russia and China voting against the measure and the rest of the council abstaining.

Snapping back UN sanctions, however, would restore resolutions from 2007 and 2010, which originally imposed the embargo. In 2015, the JCPOA had promised relief from the arms embargo in five years, while lifting other sanctions almost immediately.

On Thursday, Reuters reported Trump was weighing an executive order banning arms trading with Iran through secondary US sanctions, separately from the UN resolutions that Washington claims will be restored this weekend.

So why is the US administration going through the UN and exposing its own international isolation when it comes to Iran, instead of continuing unilateral sanctions?

Slavin, of the Atlantic Council, explains that Trump wants to further damage the JCPOA ahead of the election in November. His opponent, Joe Biden, has vowed to re-adopt the deal if Iran returns to full compliance.

Tehran had relaxed some of its restrictions on uranium enrichment in response to the reimposition of US sanctions.

"If China or Russia sells a major new weapons system, say, to Iran, the US could sanction the company that did it, but I don't think there's going to be any rush by the Chinese or the Russians or the Iranians frankly to do any big deals," Slavin told MEE.

Sina Toossi, a senior research analyst at the National Iranian American Council (NIAC), said Washington's interpretation that UN sanctions are restored carries another danger - a US push to enforce strict measures against Tehran that could lead to further tensions and possibly a military confrontation ahead of the US elections.

"Imagine if the US starts interdicting some Iranian ships in the Persian Gulf over the next couple of weeks by citing the UN sanctions that no-one else agrees are being implemented, then this sets up an escalatory cycle where Iran might respond," Toosi told MEE.

"That would be an excuse for Pompeo and Trump to escalate things and have this October surprise conflict, which would be very scary."

Toosi added that the Trump administration's attempt to "manipulate" the Security Council sets a "dangerous precedent" that weakens the United Nations.

"Another major important part of this is that what the US is also doing is totally undermining the United Nations and the UN Security Council process," he said. "This is the most important multilateral body in international politics that has such an important role in conflict resolution and mediation." 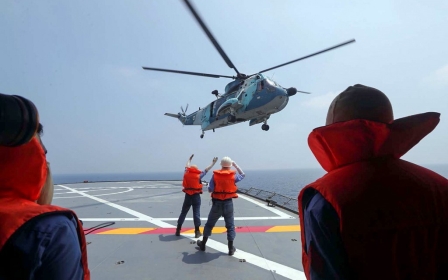