NEW YORK, United States – It is not the highest profile gig in the United States government, but the State Department’s envoy on religious freedom has a powerful megaphone at his disposal for calling out the persecution of people overseas based on their faith.

Since President Donald Trump named Sam Brownback, a devout Catholic, for the job, Christian conservatives have celebrated, while Muslim and civil rights activists bemoaned a West Wing that seems to champion one faith over others.

To his critics, the would-be ambassador at large for international religious freedom has a track record of pushing a Christian agenda in Kansas politics, rejecting Syrian refugees and throwing his weight behind an anti-Sharia law.

“Only under the Trump administration would someone so opposed to the constitutional rights of an American faith community be appointed to safeguarding international religious freedom,” said Robert McCaw, from the Council on American-Islamic Relations (CAIR), a watchdog.

Brownback’s fans, however, praise a passionate politician who has helped ill-treated foreign Christians, and whose selection marks a rebalancing of scales that were tipped against the majority US faith until last year’s election.

Previous title-bearers have had relatively low profiles, but Brownback’s pedigree as governor of Kansas may yield a more potent religious envoy who can influence when Washington uses sanctions or troops to tackle inter-faith chaos in Syria and elsewhere.

The Senate must act on the nomination before Brownback can start his new position.

Critics point to Brownback’s record as a Republican US senator and representative for Kansas. He has been governor of the wheat-growing, Midwestern state since 2011, was re-elected in 2014 and is not eligible to serve a third consecutive term.

In 2012, he signed what had been dubbed the controversial “sharia bill”, which was aimed at keeping state courts and agencies from using the Islamic legal code and other non-US laws when making decisions.

While the Kansas bill does not mention sharia, critics said the word was removed to stave off legal challenges and that the law served to single out Muslims for ridicule while doing nothing to reinforce the primacy of American laws on US soil.

“He couldn’t wait to sign it. It vilifies Muslims, casting them as outsiders,” Moussa Elbayoumy, head of CAIR-Kansas, told Middle East Eye. “He advocates for a small minority even within Christianity, the ultra-conservative Christians, and no one else.”

He couldn’t wait to sign it. It vilifies Muslims, casting them as outsiders

Last year, Brownback was one of more than 30 governors to buck former president Barack Obama’s bid to resettle 10,000 people fleeing war-torn Syria, under pressure from European leaders who were inundated with refugees.

The married father-of-five said Washington had not provided “adequate assurances” that refugees were being properly screened, although governors did not have the power to pull out of the federally run programme.

He also irked the American Civil Liberties Union (ACLU) by signing orders and bills that eroded “the separation of church and state” by favouring the rights of Christians to discriminate against gays, said the group’s Kansas-based executive director, Micah Kubic.

In 2015, Brownback issued an executive order protecting the religious freedom of clergy and organisations that opposed same-sex marriage as Kansas began to comply with the landmark ruling by the US Supreme Court legalising gay marriage.

Earlier this year, he addressed a rally in Kansas that defended the right of a Christian florist to withhold her services from a same-sex wedding. He has also altered state laws that added rules to the process for abortions.

Brownback has been “one of the nation’s leading proponents of the notion that people, businesses, and even governments should be able to discriminate against others because of their own religious beliefs”, added Kubic.

Brownback rejects allegations of prioritising Christians and said he would be “honoured to serve” in a position that was created by the International Religious Freedom Act of 1998, of which he was one of the key sponsors.

“Religious freedom is the first freedom,” the 60-year-old former college lecturer in agricultural law said in a tweet at the time of his nomination this month. “The choice of what you do with your own soul.”

Though Brownback riles liberals, Kansas is bedrock conservative and voted overwhelmingly for Trump in last year’s election. His unpopularity in the Sunflower State likely has more to do with the revenue crisis caused by the deep income tax cuts he championed.

According to Morning Consult, a polling group, Brownback was America’s least popular governor until he was knocked off that perch in April by Chris Christie, the New Jersey governor who has two damaging scandals – Bridgegate and Beachgate – under his belt.

Weak polling has not deterred Mark Tooley, author of Methodism and Politics in the Twentieth Century, who told MEE that Brownback’s passion for aiding the persecuted would make him among the “most effective ambassadors for religious liberty these past 20 years”.

Faith McDonnell, from the Institute on Religion and Democracy, a think tank, said his nomination marked a correction to Obama’s presidency under which “Christians were put at the bottom of the barrel,” she told MEE.

Trump has prioritised religious freedom and signed an executive order in May to loosen rules on churches and faith groups expressing political opinions. Vice President Mike Pence spoke at a summit for pledging support for persecuted Christians in the same month.

“This administration has signalled that they’re taking Christian persecution and religious persecution seriously,” said McDonnell, meaning Brownback could have “more ability to impact policy and not just to be a moral conscience in the administration”.

Religious envoys are tasked with promoting religious freedom globally, via an annual report that keeps tabs on 195 states and by identifying “countries of particular concern” that may face sanctions or “further actions”.

For McDonnell, this would mean ensuring Christians, Yazidis and others who have suffered in the Islamic State (IS) group’s rapidly shrinking caliphate in Syria and Iraq “have as much right to religious freedom and not having their heads sawed off as [members of] other religions”.

This is what worries Elbayoumy. The US has historically been keener to help the outgunned Christian secessionists of East Timor and South Sudan than Muslim-minority rebels, such as those fighting in the Philippines, he said. A feisty envoy could impact an already loaded foreign policy. 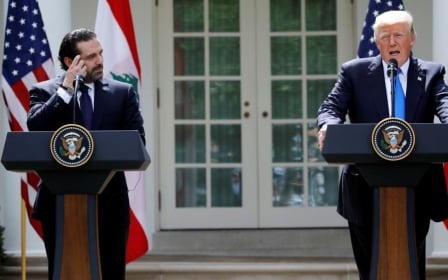 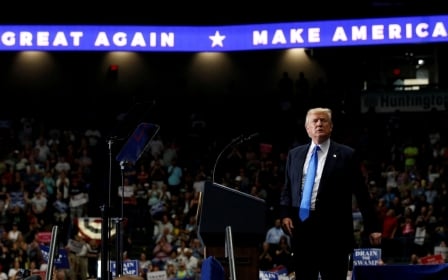