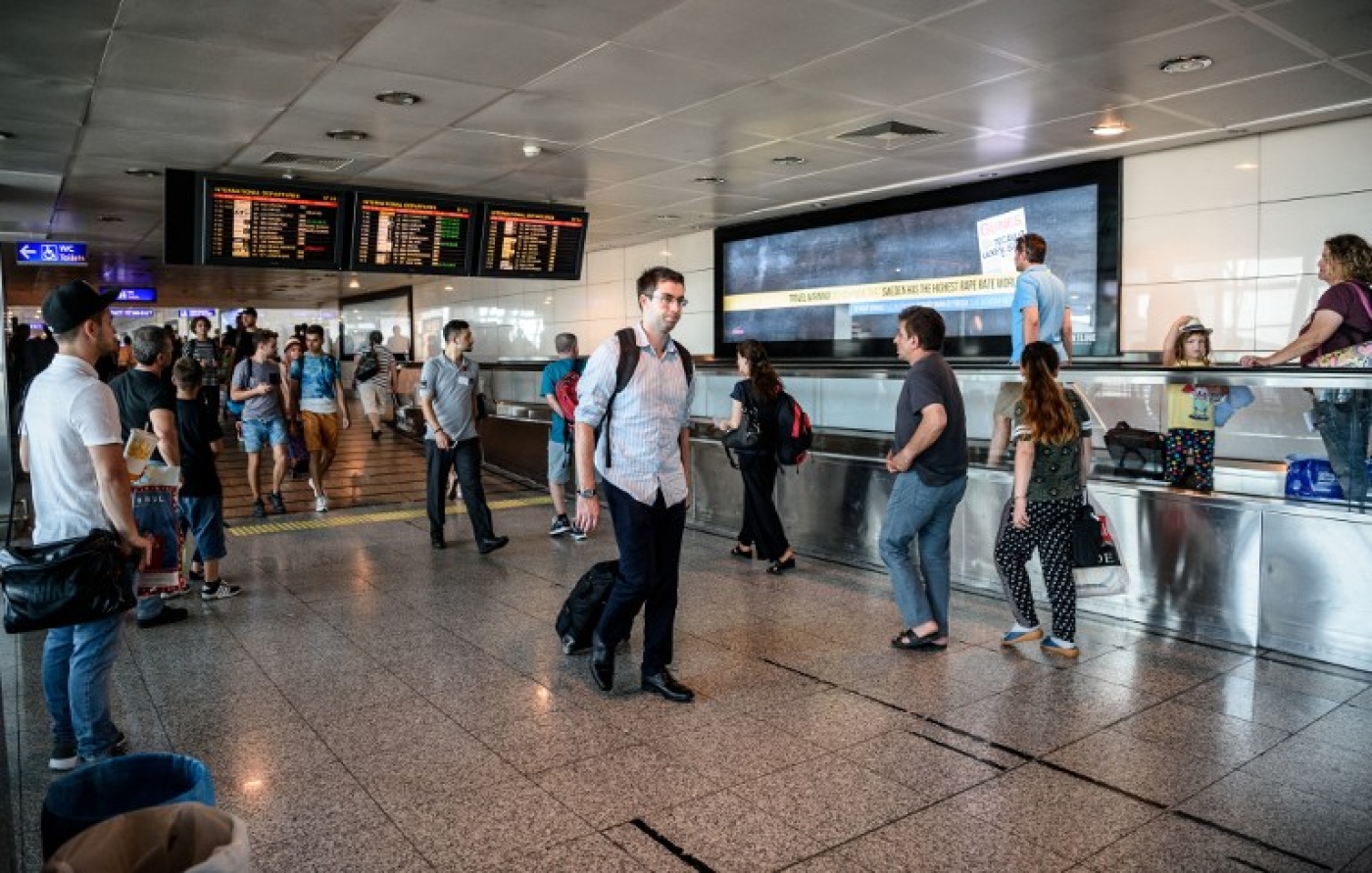 ISTANBUL, Turkey –  Confusion reigned at Turkey's main international air hub on Sunday over the fate of United States-bound people from seven Muslim-majority countries, who are now banned from entry to the US, with one official saying that neither the Turkish police nor the country's legacy carrier were turning anyone back.

Turkey is not directly affected by the ban but it is an important transit point for the region.

An airport employee at a private security firm contracted by the US government told a local reporter that 80 transit passengers from the affected countries were denied onward travel to the United States during the past two days.

Middle East Eye was unable to verify this since no one from the private security firm, contracted by the US government to carry out additional passenger screening at Istanbul's Ataturk Airport, was available for comment.

"We are hearing reports of some people being denied boarding access to US-bound flights from Istanbul, but let me be very clear that this has nothing to do with the Turkish police or Turkish Airlines," a senior manager at Turkish Airlines told MEE.

The manager, who wanted to remain anonymous as he was not authorised to speak to the media, said the airline was trying to contact officials from the private security firm for clarification.

It appeared to be business as usual at the counters used for US-bound passengers at Ataturk Airport, with no sign of any disruptions.

However, Syrian citizen Nail Zaion was not allowed to board a US-bound flight at Istanbul’s Ataturk Airport on Sunday, according to the Turkish newspaper Hurriyet.

The 32-year-old Zaion was not permitted to board a Turkish Airlines flight for Los Angeles despite having a valid visa.

“I have a Syrian passport. I had all my proper travel documents. Officials here told me my visa has been voided and that I should visit the (US] consulate again,” he was quoted as saying.

“My wife and children have been living in the US for the last two years.”

Another person denied boarding was New York-bound Ahmad Zahir, according to Hurriyet.

Zahir, an Iraqi national with permanent legal residency (Green card) in the US for the last two years, said he was not allowed to board the flight while his wife who was accompanying him was told she could travel.

Zahir, along with his wife, two children and a sibling, was trying to return to the US after a two-week trip to Iraq. He said his wife refused to travel after he was denied permission.

The transit area is airside and out of bounds for non-travellers.

The US government and a few other Western countries, including the United Kingdom, contracted a private security firm in the wake of the 11 September 2001 attacks in the US to provide additional security screening of passengers. The firm is also authorised by those countries to deny boarding access to passengers.

An executive order banning entry to nationals from seven Muslim-majority countries was signed on Friday by US President Donald Trump, causing outrage and grave concern in equal measure. Turkey is not among the countries directly affected.

Protests were held outside many US airports as the American public slammed the ban and called it discriminatory and contrary to American values.

Turkish Prime Minister Binali Yildirim decried Trump's move, saying building walls would not solve any problems, during a press conference on Saturday in Ankara with his UK counterpart Theresa May.

May sufficed by saying each country had its own immigration policy and refused to condemn Trump’s actions.

Meanwhile, a reporter from the BBC's Persian service in New York reported that people were being sent back to Istanbul after arrival at US ports of entry.

The huge success and growth of Turkey's legacy carrier Turkish Airlines in the past decade has transformed Istanbul's Ataturk Airport into a major regional transit hub due to its location and quality services.

It also offers travellers multiple destinations in both Europe and the United States.

The airline flies to destinations in five of the seven blacklisted countries. The two countries where Turkish Airlines does not currently fly are Yemen and Syria. 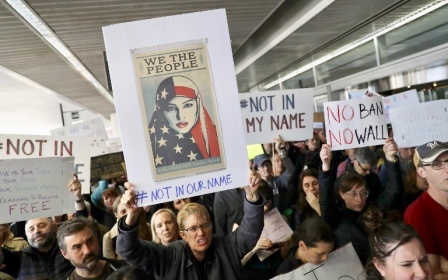