A ban on protests and a night curfew begin on Thursday, with President Saied's opponents claiming the measures are politically motivated President Kais Saied thanks soldiers for assisting in combating Covid, on a visit to a vaccination centre in Rades, Tunis, on 8 August 2021 (AFP)
By
MEE and agencies

Tunisia's main political parties have said they will go ahead with protests marking the anniversary of the 2011 Arab Spring uprisings, despite the announcement of a two-week curfew the government says is aimed at curbing a rise in Covid-19 cases.

Ennahda, the self-described "Muslim democratic" party, which held the largest number of seats in the now-suspended Tunisian parliament, and a number of other parties have accused the government of imposing the restrictions for political reasons.

The night curfew and ban on all gatherings is set to begin on Thursday and will be "for a renewable period of two weeks", according to a government statement. The curfew will last from 10pm to 5am each night.

Ennahda and other parties have rallied against President Kais Saied since his power grab on 25 July 2021, which they labelled a coup. Saied seized power, in a plot leaked to Middle East Eye two months earlier, citing skyrocketing unemployment, rampant corruption and the coronavirus pandemic as reasons to suspend parliament, sack Prime Minister Hichem Mechichi, and grant himself prosecutorial powers.

Ennahda deputy leader Noureddine Bhiri is currently in custody at a hospital near the capital, in circumstances described by Human Rights Watch as "abduction-like detention".

The ban on gatherings and a request to avoid travel within the country, except for emergencies, comes two days before a planned demonstration against President Saied called by major political parties.

"We will be on Revolution Street to protest whatever the cost," Ghazi Chaouachi, the head of Attayar, which had 22 of the suspended parliament's 217 seats, told reporters, using a nickname to describe Habib Bourguiba Avenue in Tunis.

Ennahda official Mohamed Gouman told Reuters: "In principle, Ennahda will go ahead with the Friday protest."

The measures were intended "to prevent a wave of popular anger that they can only confront by citing health conditions", said the leader of the smaller Joumhouri Party, Issam Chebbi.

Tunisia imposed a curfew during the first wave of the pandemic in 2020, and again for much of last year, but lifted it in September as cases dropped.

On 10 January the Ministry of Health announced 4,865 new cases in 24 hours, and a positive test rate of 24.42 percent. The ministry also announced 11 new deaths, bringing the total since the start of the pandemic to 25,707. At the peak of Covid-19 in Tunisia, at the end of July 2021, the country recorded more than 200 daily deaths. The government's perceived poor response to the pandemic, including a botched vaccine roll-out, raised the political pressure, before Saied dismissed parliament and seized broad powers in July in moves his critics call a coup.

Two sources told Middle East Eye on Wednesday that a senior Egyptian intelligence officer, who is liaising with Tunisia's Presidential Security, was preparing plans to crack down on Ennahda.

MEE understands that Farran, who is in charge of the "Tunisian file", has been working closely with Khaled al-Yahyaoui, the director-general of the Presidential Security unit and an adviser to President Saied. Farran, who previously played an important role in military operations in Arish in North Sinai, has been given unrestricted access to Tunisia, sources told MEE. 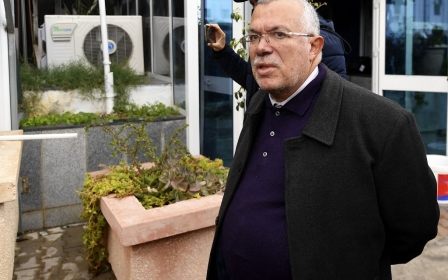 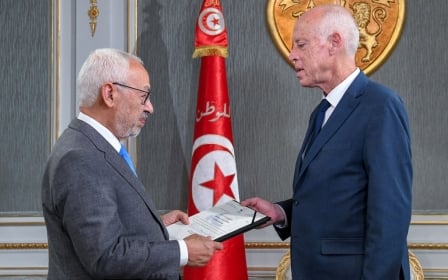 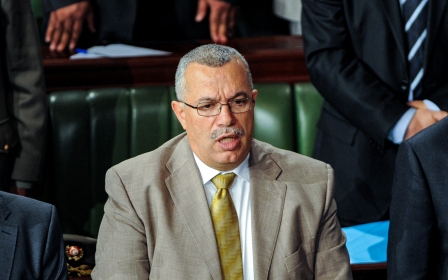