Nationwide strike observed by 99 percent of judges, with the president cutting their salaries in response 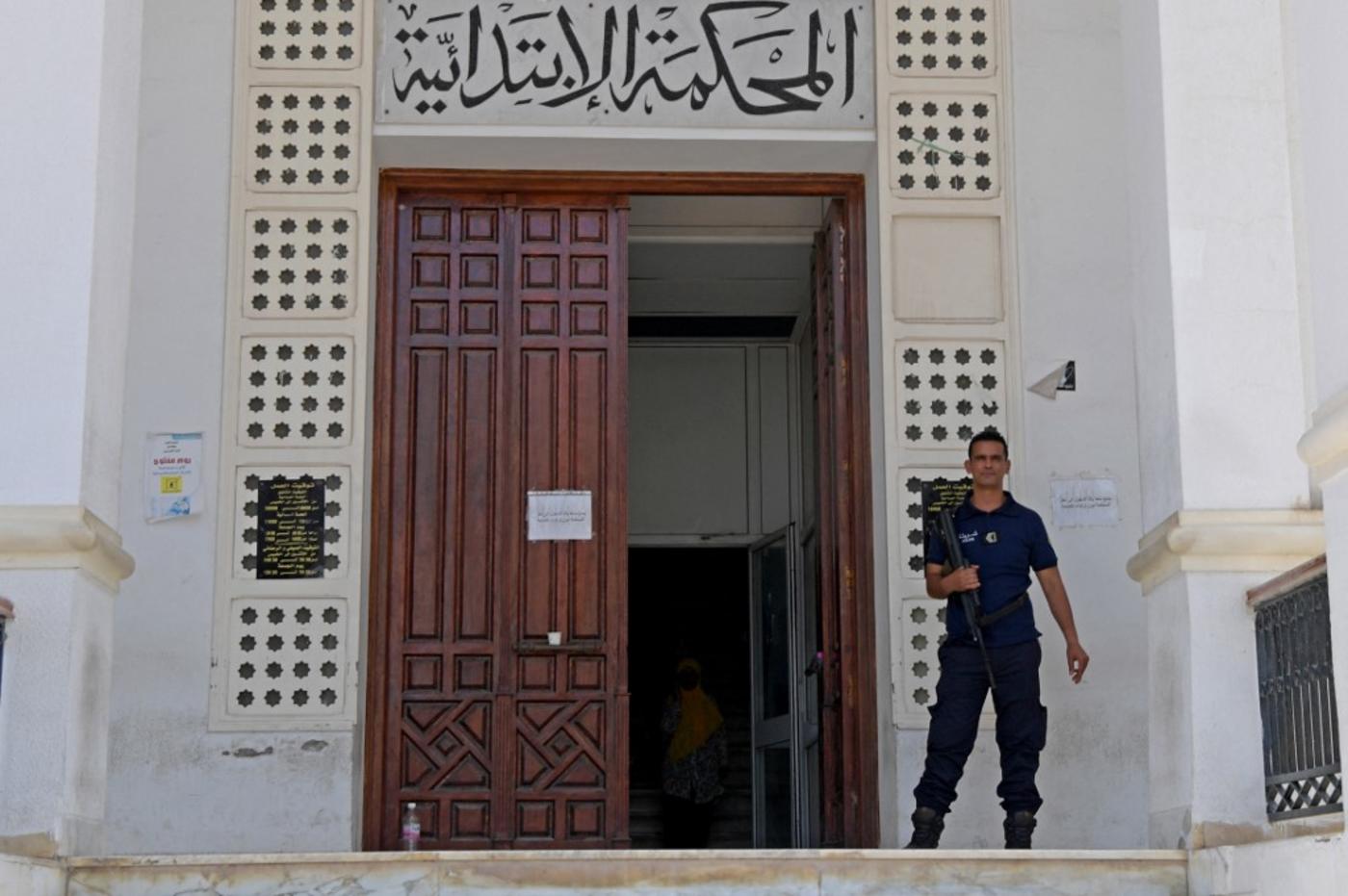 A police officer stands at the entrance to the Ariana tribunal near the Tunisian capital Tunis on 6 June 2022, after judges launched a week-long strike in protest at President Kais Saied (AFP)
By
MEE staff

Tunisian judges continued their nationwide strike for the third day on Wednesday in protest at President Kais Saied's dismissal of 57 judges last week and smear campaigns against some of the women among them.

Four judges' unions declared a general strike, effective for one week from 6 June, accusing Saied of laying off their colleagues "without the slightest recourse to disciplinary procedures," in contravention of the constitution.

The strike has brought courts to a standstill, as 99 percent of judges have observed the strike, according to Anas Hamadi, the president of the Association of Tunisian Magistrates. Hamadi said the strike will continue until judges are reinstated.

In response to the strike, Saied issued a decree reducing judges' salaries. Since his 25 July power grab last year, Saied has announced a set of controversial measures, which include the suspension of parliament, shutting down the country's independent anti-corruption authority and sidelining the national election authority. In early February, he dissolved the Supreme Judicial Council and granted himself control over the selection and promotion of judges.

The measures, the planning of which was first revealed by Middle East Eye, have been denounced as a coup by rights groups and opposition parties.

The president says his actions were both legal and necessary to save Tunisia from an "imminent threat". He also said he would rewrite the constitution that was introduced after the pro-democracy 2011 Arab Spring revolution and would put the new version to a referendum in July.

While Saied has focused on restructuring Tunisian politics, a looming economic crisis threatens to unravel his plans, as the government struggles to finance its 2022 deficit and repay debts.

Among the judges fired was Youssef Bouzaker, the former head of the Supreme Judicial Council.

The council had acted as the main guarantor of the independence of the country's legal system since Tunisia's 2011 revolution, which saw the overthrow of longtime ruler Zine el Abidine Ben Ali.

Prior to the dismissals, the president made a range of allegations against unnamed judges, including corruption and "sexual harassment".

Meanwhile, Saied's critics have accused his supporters of orchestrating smear campaigns against a senior female judge, who was among those dismissed by the president, to justify the sackings.

Demonstrations took place in Tunis, the capital, on Wednesday after a document was circulated on social media that purported to show proof of a "virginity test" carried out by Tunisian police on the judge in 2020. Participants expressed solidarity with the judge and held signs that read: "Hands off Tunisian women and judiciary!"

'You spill the dignity of a woman on the altar of your ego, arrogance and false purity'

Both Saied's comments and the circulation of the so-called "virginity test" on social media have provoked anger from rights groups, who say it is a violation of the judge's privacy and an attempt to justify Saied's power grab.

"You spill the dignity of a woman on the altar of your ego, arrogance and false purity," she wrote.

"I no longer belong to this country except with administrative papers." 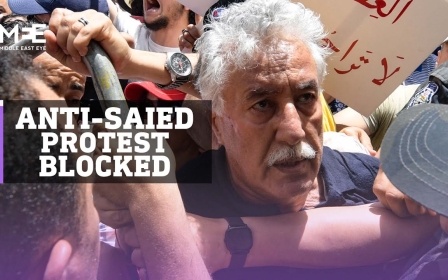 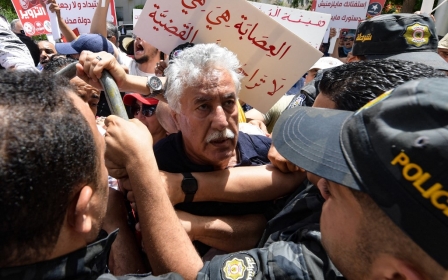