Tunisia's President Beji Caid Essebsi has died at the age of 92, the presidency announced on Thursday, following a number of health scares.

"Tunisian President Mohammed Beji Essebsi has passed away on 25 July, 2019 at 10:25am in the military hospital in Tunisia, may he be forgiven," the presidency said.

"Details of the burial ceremony will be announced. We are to Allah, and to Him we return."

Earlier on Thursday, Essebsi's son said the veteran politician had been placed in intensive care.

Tunisia's electoral commission said on Thursday that Tunisia will hold its next presidential elections on 15 September. 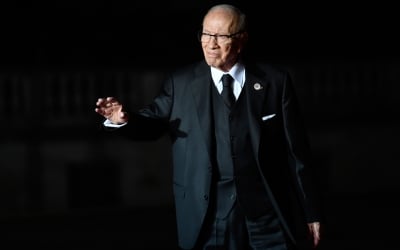 Essebsi, a major player in the country's transition to democracy since 2011, was hospitalised late last month and spent a week in hospital after suffering a "severe health crisis".

The president had only appeared in  public twice since leaving the hospital on 1 July.

The speaker of Tunisia's parliament, Mohamed Ennaceur, was to be sworn in as interim president later on Thursday.

In a speech, Ennaceur called for unity as the country develops its democracy and seeks to achieve national aspirations.

Hafedh Caid Essebsi, the president's son, said his father was hospitalised on Wednesday after he suffered further effects from last month's scare, confirming an earlier report on local radio.

Essebsi had long been a prominent figure in Tunisia, particularly since the overthrow of Zine el Abidine Ben Ali in 2011, which was followed by uprisings against authoritarian leaders across the Middle East, including in nearby Libya and Egypt.

The founder of Tunisia's Nidaa Tounes party, he won the presidency in 2014.

In April he announced he would not be standing for re-election in the upcoming election, saying it was time he made way for younger leaders.

Over the years, he has also served as director-general of the national police, foreign minister, and ambassador to France and Germany.

Tunisia is set to hold parliamentary elections on 6 October as well as the presidential one now brought forward.

They will be the third set of polls in which Tunisians can vote freely since the 2011 revolution.

Under Tunisia's constitution, Ennaceur must hold the office of interim president for a period of no less than 45 days and no more than 90 days.

Though interim presidents are able to fulfil much of Essebsi’s duties, they would not be entitled to propose amendments to the constitution, call for a referendum or dissolve parliament.

Last month, analysts told Middle East Eye that Tunisia was unlikely to enter a political crisis in the event of Essebsi's death, with parties likely determined to carry out the upcoming elections without a hitch.

“Everyone is concerned about a vacant position. Therefore, I believe they will try to evade a crisis scenario by reaching consensus, irrespective of the presence of the constitutional court,” Tunisian political analyst Mohamed Dia Hammami told MEE.

Sharan Grewal, a postdoctoral research fellow at the Center for Middle East Policy at the Brookings Institution, acknowledged there would be "a shroud of unconstitutionality" surrounding Ennaceur's succession.

"But I don’t think any major political player in Tunisia would have incentives to try to create a crisis," he told MEE.

"So my optimistic take would be that Tunisia soon returns to politics as usual." 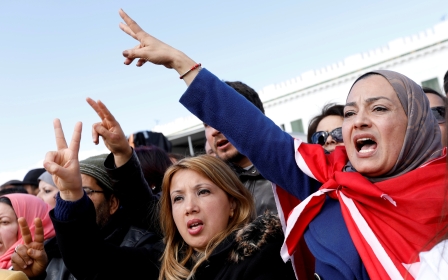