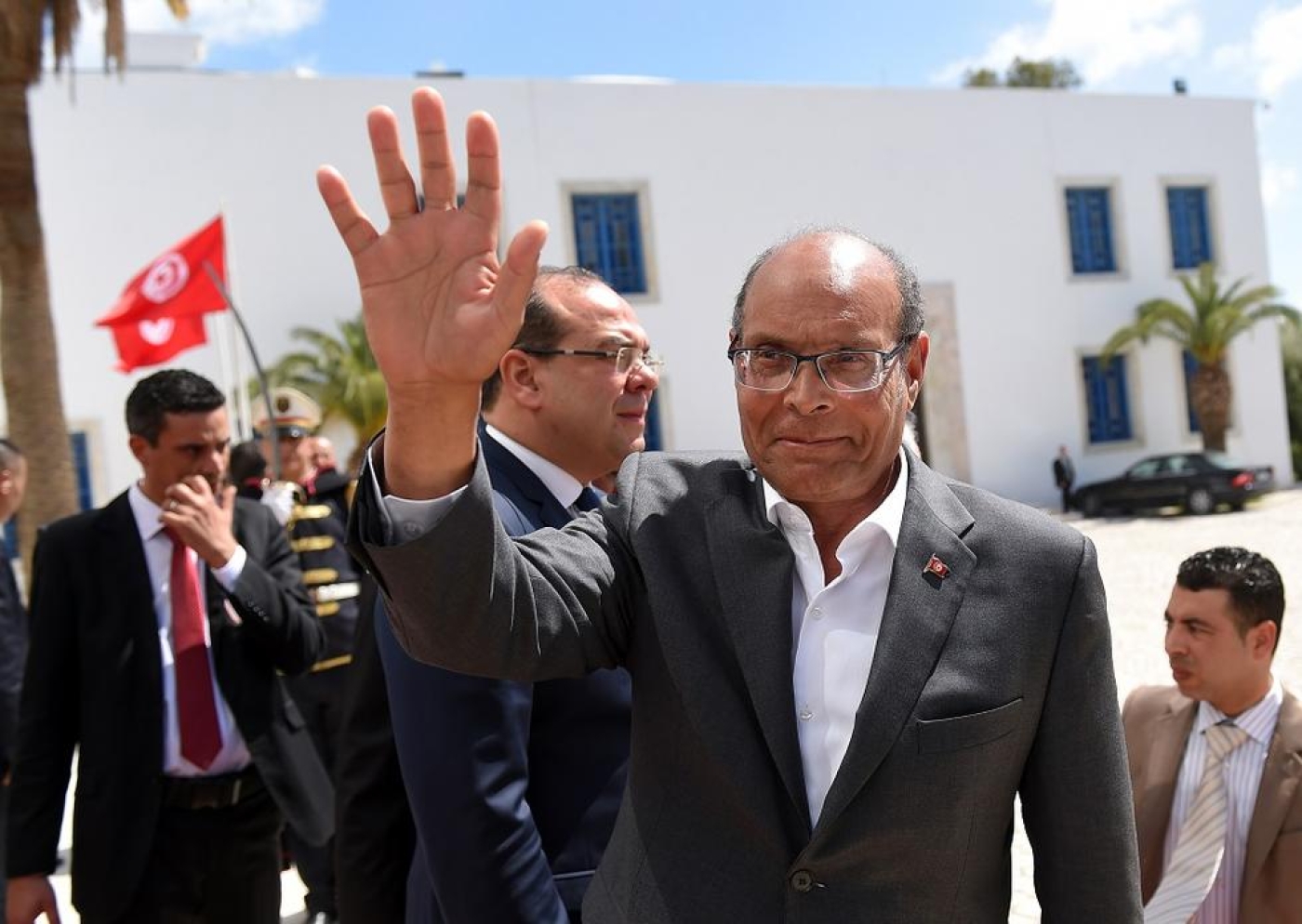 Tunisian President Kais Saied withdrew the diplomatic passport of former president Moncef Marzouki after he labelled Saied a dictator and told France to not support his "dictatorial regime".

Saied announced the move on Thursday after calling on the newly appointed justice minister to open an investigation into Marzouki to find out whether he had conspired against state security.

"I will withdraw his diplomatic passport," said Saied without referring to Marzouki, during the first meeting of the newly appointed cabinet.

"He cannot use this privilege to visit capitals and damage Tunisian interests," Saied.

"Tunisia is a free and independent state and there can be no interference in its affairs."

Saied is facing pressure from international donors and Western powers to announce a road map after he dismissed the prime minister and suspended Tunisia's parliament.

On Monday, Saied appointed a new cabinet which comprises of ministers allied to him. Among the new appointees include Taoufik Charfeddine who was dismissed by former Prime Minister Hichem Mechichi because of his loyalty to the president.

Marzouki used his speech in Paris to urge France not to help "the dictatorial regime in Tunisia."

"[France should] reject any support for this regime and this man who has plotted against the revolution and abolished the constitution," said Marzouki, who was Tunisia's president between 2011 and 2014.