Protests were sparked by rising prices and the 2018 budget, containing tax increases 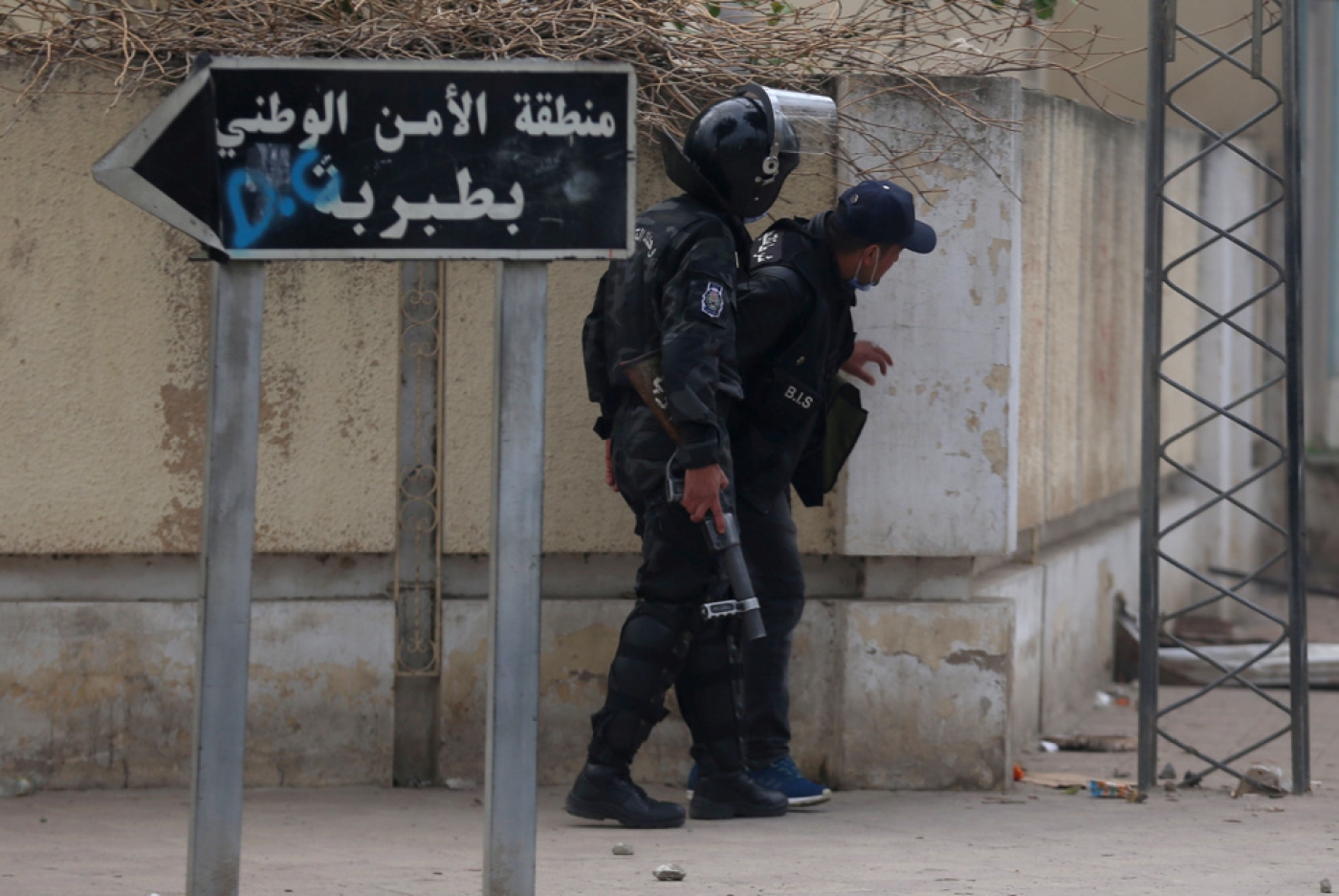 Riot police clash with protesters in Tebourba, Tunisia, on 9 January (Reuters)
By
MEE and agencies

The two-hour crisis meeting at the presidential palace brought together Essebsi, representatives of political parties, the powerful UGTT trade union and the UTICA employers federation.

"We discussed the general situation in the country and the reforms, especially socio-economic, that must be adopted to overcome the current problems," UTICA head Wided Bouchamaoui told reporters.

Although no concrete decisions were announced, Reuters reported on Saturday that the government was planning increased support for the poor, citing a government source, though it did not provide further details.

Noureddine Taboubi, the secretary general of UGTT, said measures "must be adopted" to aid needy families and boost social care in the North African state.

Proposals were raised "to pull out of this tension" without scrapping a contested 2018 budget, said Rached Ghannouchi, head of the Islamist movement Ennahdha in Tunisia's ruling coalition.

Protests, sparked by rising prices and the 2018 budget containing tax increases, continued on Saturday as several hundred protesters took to the streets in Sidi Bouzid.

The central town was where the 2011 self-immolation of a young man sparked demonstrations that led to the toppling of autocrat Zine El-Abidine Ben Ali, the first leader to fall in the 2011 Arab Spring protests that swept the region.

Activists and the opposition have called for fresh protests on Sunday, the seventh anniversary of Ben Ali's overthrow.

It is the first time an official has talked about increasing aid since the unrest, which the government has blamed on the opposition and "troublemakers". The opposition has denied the charge.

The UTICA and UGTT shared the 2015 Nobel Peace Prize for their work during Tunisia's transition towards democracy after the revolution.

Over 800 people have been arrested during the unrest, according to the interior ministry. Ministry spokesman Khlifa Chibani said on Saturday that those arrested were suspected of taking part in acts of violence, theft and looting.

Some 97 security forces and members of civil protection units were also injured, he said. There was no immediate toll for the number of protesters injured in the unrest, however a man in his 40s died during protests on Monday night in the northern town of Tebourba. Police have denied being responsible for his death.

Tunisia is considered a rare success story of the Arab Spring uprisings that began in the North African country in 2011 and spread across the region.

But Tunisia has had nine governments since Ben Ali's overthrow, none of which have been able to resolve deep-rooted economic problems. The economy worsened after a vital tourism sector was nearly wiped out by a wave of deadly militant attacks in 2015, and has yet to recover, despite improved security.

Protests are common in Tunisia in January, when people mark the anniversary of the revolution that ousted Ben Ali.