'He believes in his utopia': Tunisian youth explain why they support President Kais Saied

They like his vision for localised government and independent streak. Most importantly, young activists say, the president listened to them 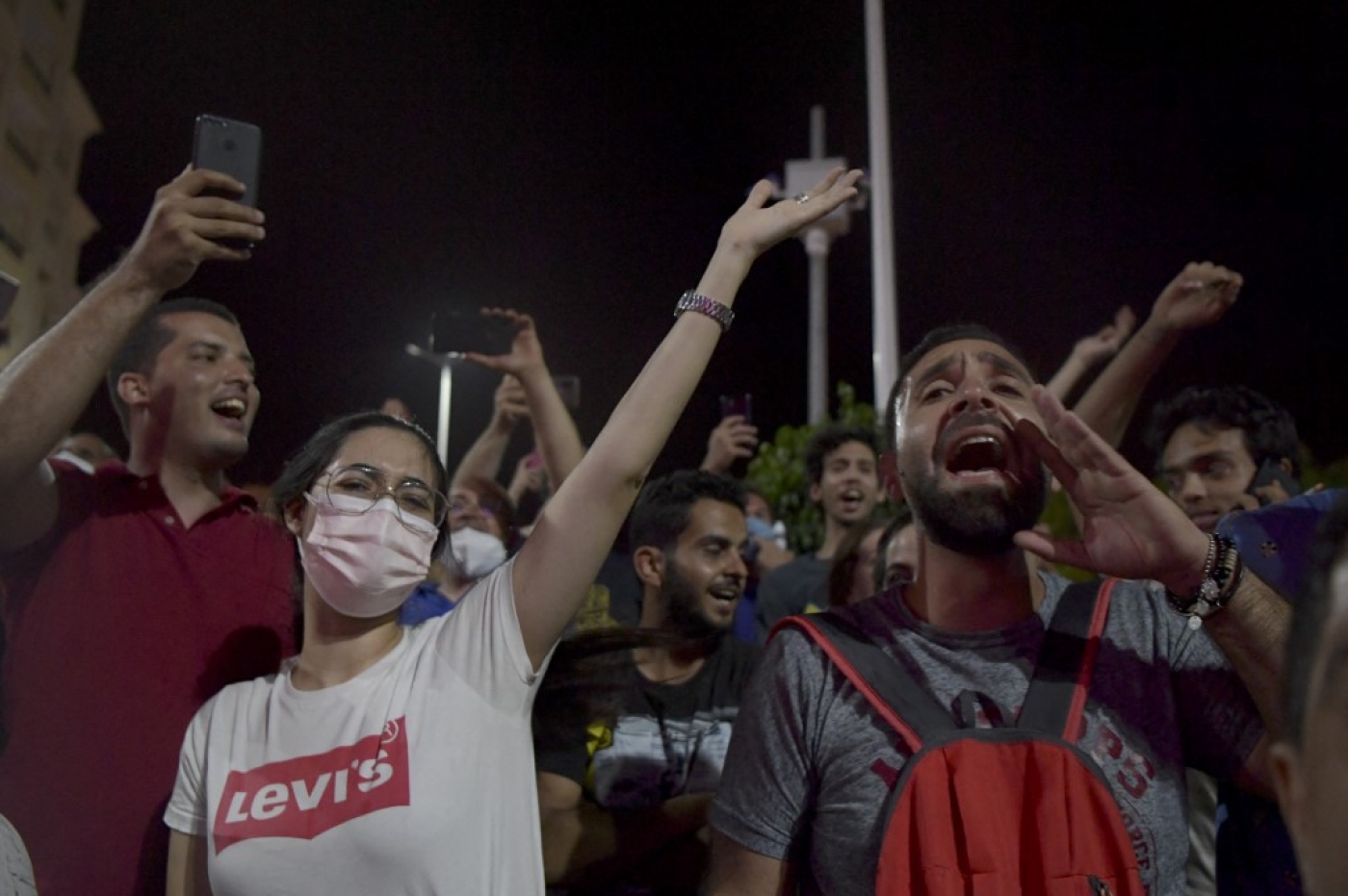 It has been almost 30 days since Tunisian President Kais Saied took over all executive powers, dismissed the government and froze parliament, and Tunisia is still waiting for the appointment of a new prime minister and a road map out of the country's triple political, economic and health crisis.

While Saied's opponents and constitutional lawyers have called the move an unlawful "coup," Saied's actions have found widespread support among the Tunisian public, who say they are fed up with the country's political elite and are demanding real political change. Local polls have shown support for Saied's actions by the vast majority of respondents.

Saied derives much of his support from Tunisia's youth. During his 2019 presidential campaign, he ran on a revolutionary, anti-corruption platform that rejected mainstream political entities such as parties and advocated for a decentralised form of government that envisioned giving more power to local councils. These ideas proved popular with young people.

Middle East Eye spoke with Tunisians who know Saied personally and support his ideas to see what they make of the past few weeks and what they would like to see happen next.

Debaya, an environmental activist, campaigned for Kais Saied during the 2019 presidential election in his hometown of Gabes, a coastal oasis town in Tunisia's south.

He has known Saied since 2013, when the then little-known constitutional law professor was invited to Gabes by Stop Pollution, Debaya's environmental youth movement, to talk as a constitutional law specialist and to share and develop ideas.

Debaya says that Saied "shared the same spirit' as the young activists. Saied sat with the group and explained his vision for a new political regime and constitution. In particular, he emphasised the importance of local democracy and the empowerment of local councils, a vision that Saied continues to advocate for.

"We found intersections between our movement and his ideas," says Debaya. "He had some beautiful propositions that shared the same philosophy as ours: the creation of alternative, non-classical spaces for civil activities. Because classical spaces such as political parties don't work very well."

Debaya shared Saied's vision for decentralised governance: "Local councils are a mechanism that can respond better than the current regime. They can elevate local needs and demands. This ensures more equality and is a more effective way of governing. Currently, decisions are made in national council by people who don't know the regions they are making the decisions for."

Debaya later campaigned for Saied but says that due to Saied's opposition to political parties, he rejected any coherent structure for the campaign.

"It was not a classic, mainstream campaign; it was a spontaneous grouping of individuals. The group was made up of people who wanted to change the political regime," he says.

While Debaya regards Saied as often too idealistic and utopian in some of his ideas, he appreciates the way he listens and pays attention to people. Saied, he says, is the kind of guy who will always say yes to a coffee, even if he's exhausted or on the verge of falling asleep.

"He's not classically politicised... He doesn't have the same ideas as the mainstream," says Debaya. "He believes in his utopia. He doesn't care about the rules; he sees things differently.

"He is a bit stubborn. He really believes that politics should be done in a strict way, in a genuine way, that there can't be any deviation. He doesn't have tactics: he makes declarations, he attacks, he goes to war. He waits to see people's reaction."

Though Lina Elleuch was a former student of Saied's during her first year of university in 2014, she says she didn't really get to know him until 2019. It was only then, during the presidential campaign, that she learned that Saied held conservative views that alarmed her.

Saied had openly said that he was against the decriminalisation of homosexuality or legalisation of cannabis, issues which are a flash point for many young Tunisian progressives. Saied has also since said that he is for the reintroduction of the death penalty.

'After 10 years of this system, we did not see any positive outcome, especially at a parliamentary level, so it was the moment to do something'

"The queer community panicked when he won the first round and the majority decided to boycott the elections. So in order to encourage people to vote, we decided to go and visit him at his election office and ask him questions about personal liberties," says Elleuch, who is an activist for the LGBTQ+ organisation Mawjoudin.

The activists pressed Saied on how he planned to deal with citizens who could be imprisoned on account of their sexual orientation. According to Elleuch, Saied replied that he was against prison but said, "at the same time I think we must protect family values and the mores of society".

Though Saied's traditionalism concerned Elleuch, his willingness to listen to the activists was a good sign that he could potentially "evolve". Saied assured the group that he would not touch "freedoms that had already been attained". 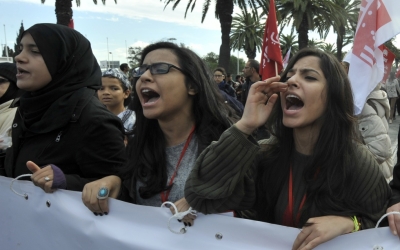 Although she was initially sceptical of Saied's politics, today Lina believes that his 25 July decision to dismiss the government was taken in the name of the people.

"After 10 years of this system, we did not see any positive outcome, especially at a parliamentary level, so it was the moment to do something and upset those dynamics with force."

Elleuch, however, is still cautious: "At the same time, we have to remain vigilant and control that which is happening. We don't want to see the creation of a dictatorship."

Ahmed Sassi is a local teacher and activist fighting marginalisation and economic inequality in Kabaria, one of Tunis's working-class neighbourhoods. Sassi has known Saied since 2015, when he participated in a local civic initiative, giving voluntary education to workers, inhabitants of remote, rural areas and deprived neighbourhoods.

Like Saied, Sassi also rejects political parties and wants to see greater powers given to localities, especially working-class districts. "We both believe that true democracy is created in the localities and is driven by inhabitants," says Sassi.

'We want citizens to become their own rulers in their own locality; not corrupt politicians who are outsiders'

"These neighbourhoods are deeply marginalised in terms of infrastructure, cultural opportunities and health services. People try to cross to Europe because there is no work, no hope. We are surrounded by police repression all the time," says Sassi.

"Political parties use this population during the elections and then afterwards they forget about us. So we are trying to change the rules of the game: we want citizens to become their own rulers in their own locality; not corrupt politicians who are outsiders."

In Sassi's opinion, Saied is the right politician for Tunisia because he has a combination of two things: "He has nothing to lose, and he is honest."

"I think he's proven that he can conduct his politics with morals. Since 2011, he has listened to the young people, he has talked a lot with them, and he's involved himself in their movements," says Sassi, who sees the youth as "the motors" behind most political movements in Tunisia.

However, as the weeks have passed since 25 July, Sassi has grown impatient and says that Saied needs to announce his roadmap soon.

"He needs to announce his new direction quickly to give certitude to people," he says.

"We are in a terrible crisis, and the situation is so delicate that it needs a rapid intervention. He needs to do more." 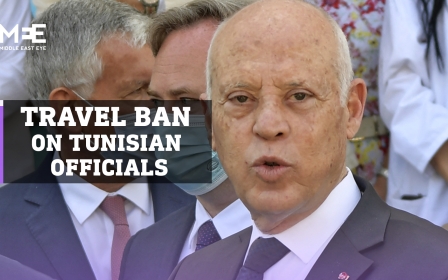 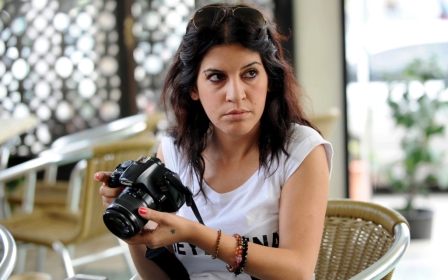