Turkey and Libya have agreed to launch an urgent joint investigation into a shipment of arms which was sent from the former country to the latter and seized by authorities in Khoms port.

The United Nations-backed Libyan government said on Saturday the agreement had been made following talks between its Prime Minister Fayez al-Sarraj and Turkish Foreign Minister Mevlut Cavusoglu in Tripoli.

In a statement, the government quoted the Turkish foreign minister as saying actions such as shipping arms to Libya "do not represent the policy or approach of the Turkish state".

"We are going to take firm measures on this subject," Cavusoglu said in translated comments at a news conference with his Libyan counterpart in Tripoli.

"We are starting an investigation to determine how the arms were loaded into containers and how they entered Libya."

Authorities discovered the arms in the port of Khoms, some 100km east of the Libyan capital.

The cache consisted of 3,000 Turkish-made pistols, other kinds of handguns, hunting rifles and ammunition, according to Benghazi's Benina airport customs services.

According to the customs services, a cargo of 2.5 million Turkish-made bullets was also discovered in the port the day before.

We are going to take firm measures on this subject. We are starting an investigation to determine how the arms were loaded into containers and how they entered Libya

In response, the UN mission in Libya described the discovered shipments as "extremely disconcerting".

Since 2011, when longtime leader Muammar Gaddafi was toppled in an uprising, Libya has been under an arms embargo, which was extended by the UN in June for another year.

The North African country is divided by rival governments, a UN-backed one in Tripoli and another in Libya's east, dominated by military leader Khalifa Haftar.

Both administrations have demanded an explanation for the arms shipment from Turkey.

After meeting Cavusoglu, Sarraj expressed his "profound concern" over the shipment. 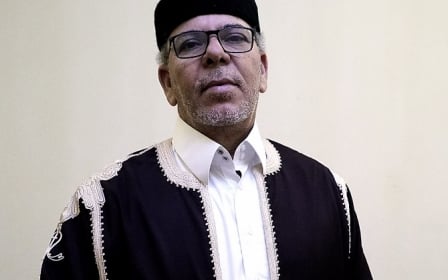 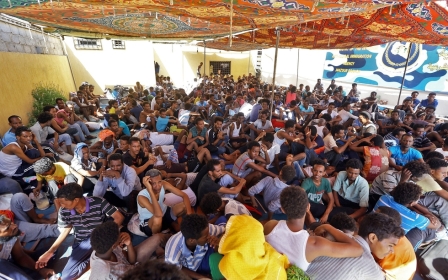