Source says taking negotiations from third-party countries would be a positive confidence-building step, but it is unclear whether the Armenians agree 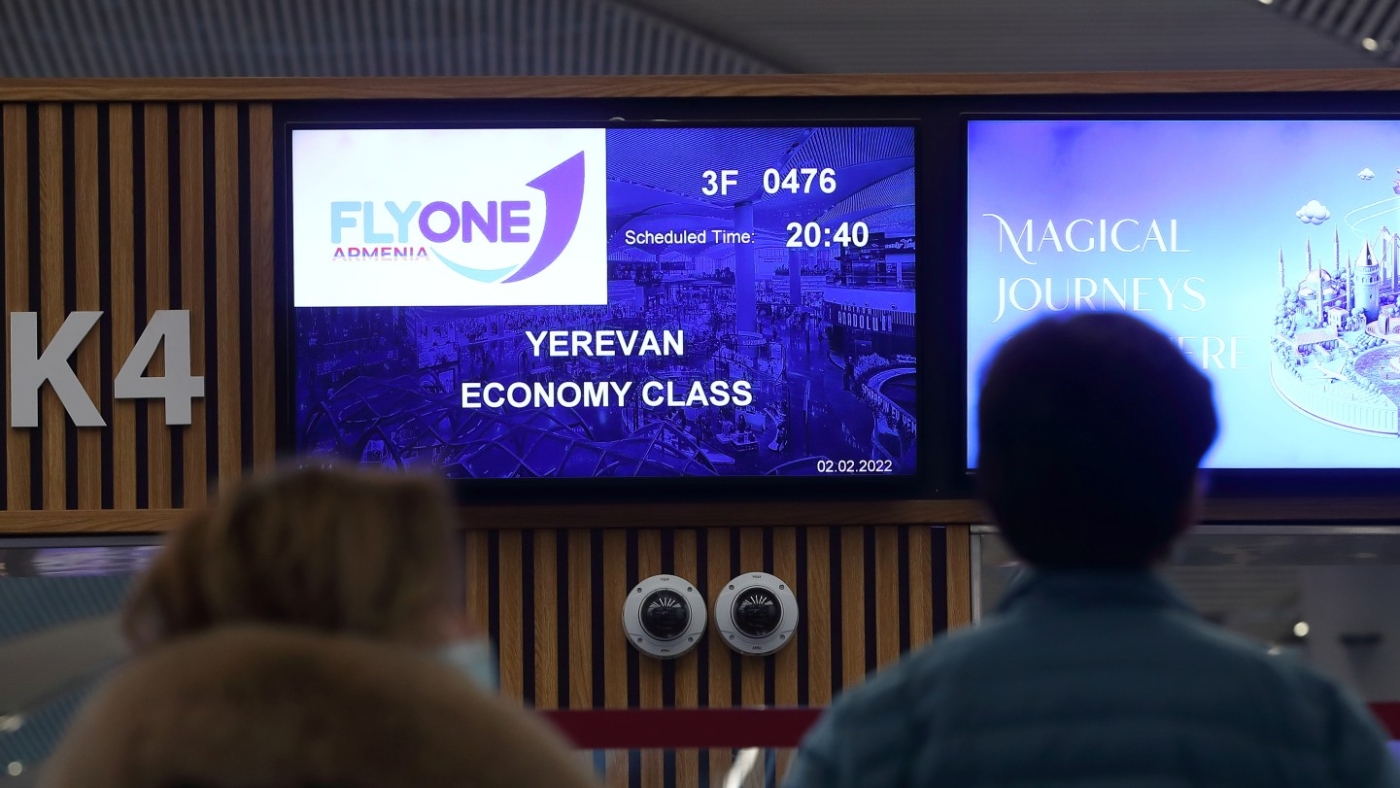 Turkey wants to move normalisation talks with Armenia to their respective capitals after conducting previous discussions in third countries.

A Turkish diplomatic source told journalists on Wednesday that Turkey's special representative to Armenia, Serdar Kilic, was ready to visit Yerevan and there meet his counterpart, Ruben Rubinyan.

Ankara and Yerevan launched a dialogue on normalisation last year and have so far held four meetings in cities such as Moscow and Vienna.

Last month, Turkey and Armenia decided to begin direct air-cargo trade and open their land borders to third-country citizens as soon as possible.

The two countries don't have a formal diplomatic relationship, and Turkey  sealed its border to Armenia in the early 90s after the latter's seizure of nominally Azerbaijan territory of Nagorno-Karabakh. They also disagree over the Armenian genocide, with Turkey rejecting the term for the 1915 Ottoman mass killings and insisting there were deaths on both sides.

Ankara and Yerevan are holding direct talks for the first time after a normalization attempt under Swiss mediation failed in 2009. Azerbaijan's recapture of most of Nagorno-Karabakh in 2020 enabled Ankara to start a new initiative, which was welcomed by the Armenian government.

The source underlined that Azerbaijan wasn't part of the talks, and the conversations were strictly between Armenia and Turkey. Yet, the source said that they cannot completely ignore the tensions and developments between Armenia and Azerbaijan, which can directly impact the parties' mentality going into talks.

Armenian and Azerbaijani forces have both been accused of breaking a Russian-brokered ceasefire in recent days.

The Turkish diplomatic source said Armenia doesn't appear to be willing to move the talks to Ankara and Yerevan unless there is a significant breakthrough in discussions. The source added that moving talks to the respective countries would itself be a breakthrough, and they should do so to progress talks in a more positive environment. Ankara is in favour of developing normalisation with concrete confidence-building steps that will prepare public opinion in both countries for greater steps. Turkey is prioritizing measures that will not lead to excessive expectations on both sides and that are welcomed in both countries and will be taken "step by step".

The source said there were unexpected challenges in opening the land border for third countries due to insufficient infrastructure at crossings, which may delay the step.

For example, the physical conditions at the Alican and Akyaka border crossings, which have not been used for more than 30 years, need to be improved. Kilic, Turkey's special representative for the normalisation process with Armenia, went to the border after the last meeting with Rubinyan and made inspections at the crossings.

That is why Turkey and Armenia will first need to hold technical talks among the relevant bureaucrats to resolve the infrastructure issues in September. The special envoys may then hold another round of talks in Ankara or Yerevan, if Armenia agrees.

The source described the atmosphere between Kilic and Rubinyan as a very cordial and friendly, with them frequently calling each other to resolve minor issues. The source said there might have been hundreds of calls between the two.

While confidence-building measures were prioritized in the talks, "difficult" issues between the two countries, especially the Armenian genocide, were not brought up.

Ankara believes that it would not be "rational" to discuss the "difficult" issues between the two countries at this stage. However, the Turkish source appreciated that Armenia publicly restated that it doesn't have any land demands from Turkey.

Local reports last month suggested that Turkey had been clearing mines on the Armenian border, which triggered speculation that Ankara was readying itself to fully open the border. However, the Turkish diplomatic source said the mine clearance wasn't related to the diplomatic talks, but to the multinational Ottawa Convention, which mandates Turkey to clear its borders of land mines.