About 50,000 people have been detained as part of probes targeting supporters of Fethullah Gulen since last year's coup attempt 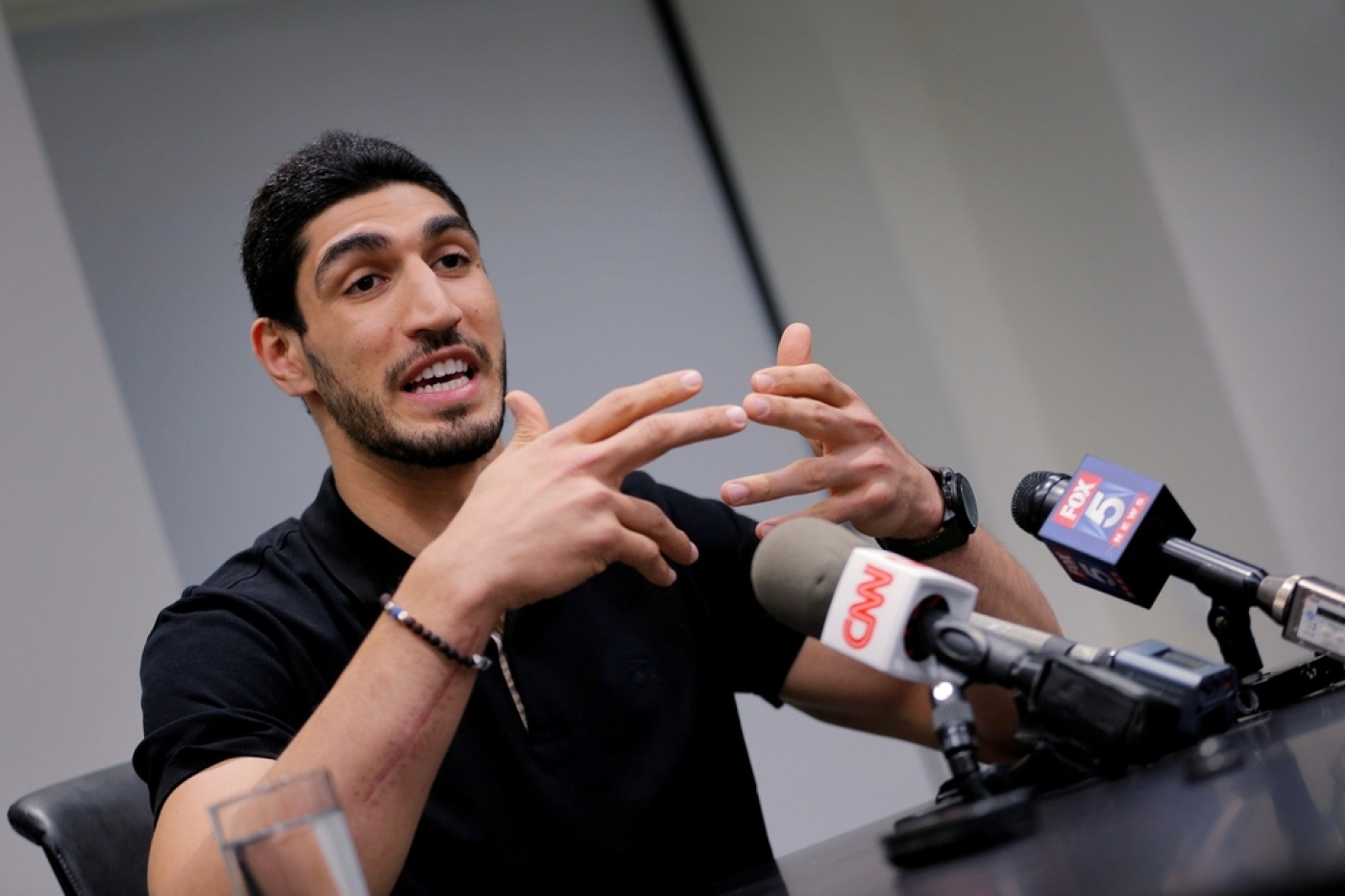 In New York today, Enes Kanter speaks about revocation of his Turkish passport in Romania (Reuters)
By
MEE and agencies

The father of US-based Turkish basketball star Enes Kanter has been detained in Turkey, in an investigation targeting supporters of the cleric whom Ankara accuses of orchestrating last July's failed coup, state-run Anadolu news agency said on Friday.

It said Mehmet Kanter, a university professor, was detained at his home in the Kadikoy district on the Asian side of Istanbul.

Some 50,000 people have been arrested as part of investigations targeting supporters of Fethullah Gulen, while 120,000 others have been sacked or suspended from their jobs. Turkish President Recep Tayyip Erdogan is seeking Gulen's extradition from the US.

Since the botched putsch, Erdogan’s government has purged Gulenists and other rivals, frozen their bank accounts and confiscated passports.

Kanter, who plays for the NBA's Oklahoma City Thunder, is a long-time supporter of Pennsylvania-based preacher.

Kanter was detained in Romania on 20 May when authorities learned his Turkish passport had been revoked while he was travelling. He subsequently returned to the US.

The 6-foot-11-inch (2.11m) centre, whose team was eliminated from the NBA playoffs, commented on his father's detention on his Twitter account on Friday.

"Hey world. My dad has been arrested by Turkish government and the Hitler of our century," he wrote, lashing out with the same expression he used to refer to Erdogan at a news conference in New York last month.

In August 2016, Kanter severed ties with his family and pledged allegiance to Gulen, after Turkish media published a handwritten letter signed by Kanter's father disowning his son and accusing him of having been "hypnotised" by Gulen's movement.

“Today I lost my mother, father, sibling and other family members of 24 years,” the basketball player wrote at the time in response to his family. “My father asked me to change my surname. My birth mother rejected me. I am willing to sacrifice my entire family and descendants for the Hocaefendi [Gulen].”

The family split came three weeks after rogue soldiers in tanks, warplanes and helicopters tried to seize power in Turkey in a failed coup that killed more than 240 people and wounded 2,200.

Gulen, who has lived in self-imposed exile in Pennsylvania since 1999, has denied involvement in the coup. Media
'Where has grandad gone?': The crushing of Turkish journalists