About 50,000 people have been arrested and 150,000 state workers suspended in the post-coup crackdown (Reuters)
By
Reuters

Turkey issued arrest warrants for 72 university staff, state media said on Monday, including a former adviser to the main opposition leader who staged a mass rally on Sunday to protest a crackdown since a failed military coup last year.

The warrants were issued under an investigation into the movement of the US-based cleric Fethullah Gulen, who is accused of orchestrating the attempted coup on 15 July, state-run Anadolu news agency reported.

Kemal Kilicdaroglu, leader of the secularist CHP, told a huge crowd on Sunday Turkey was living under dictatorship and pledged to keep challenging the government after completing a 25-day protest march from Ankara to Istanbul.

Police have so far arrested 42 of the staff from Istanbul's Bogazici and Medeniyet universities, Anadolu said.

It said eight of the 72 were from Bogazici, including well-known academic Koray Caliskan, who worked in the past as a voluntary adviser to Kilicdaroglu, according to a CHP official.

The other 64 people being detained were from Medeniyet University, 19 of whom were medical faculty professors, Anadolu said. All were suspected users of ByLock, an encrypted messaging app the government says was used by Gulen's followers.

About 50,000 people have been arrested and 150,000 state workers including teachers, judges and soldiers, have been suspended in the crackdown under emergency rule which was imposed soon after the attempted military takeover.

Kilicdaroglu launched his 450km march after Enis Berberoglu became the first MP from CHP to be jailed in the purge, sentenced to 25 years in jail on spying charges.

Rights groups and government critics say Turkey has been drifting toward authoritarianism for years, a process they say accelerated since the coup bid and a referendum in April granting the president, Recep Tayyip Erdogan sweeping new powers.

The government says the crackdown and constitutional changes are necessary to address security threats. More than 240 people were killed in the coup attempt. 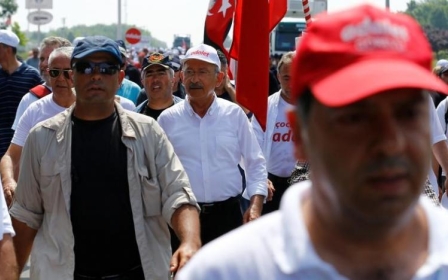 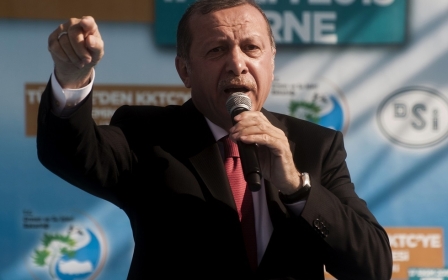