US Senator Bob Menendez, chair of the powerful Senate Foreign Relations Committee, issued a stinging rebuke against Turkey and its President Recep Tayyip Erdogan on Monday, saying the next Turkish government "can't get worse" than the one currently under his watch.

The comments were made by the New Jersey lawmaker while on a visit to Greece to attend events celebrating Greece's 200th anniversary of independence from the Ottoman Empire.

"We all aspire to see Turkey as the bridge between East and West, as the strong Nato ally committed to the same principles of democracy, human rights, rule of law and a secular nation. But that aspiration is not Turkey under Erdogan," the Greek newspaper Ekathimerini quoted Menendez as saying.

"I think it certainly would be hopeful that if there was a new leadership in Turkey, that it would hopefully fulfil the aspirations we all have."

Menendez has been a vocal critic of Erdogan, issuing remarks and signing onto legislation and letters slating Ankara.

Turkey, a Nato member, has challenged Washington in recent years, as it refuses to take a strong stance with the US against Russian and Chinese attempts to solidify their influence in the region. Some of the issues currently testing Turkish-US relations are Ankara's purchase of the Russian S-400 missile system which triggered US sanctions; US support for the Kurdish YPG militia in Syria, dubbed a terrorist group by Turkey; the Eastern Mediterranean crisis; and President Joe Biden's criticism of human rights issues in Turkey.

Fellow Nato members Greece and Turkey have also long been at odds over a series of disputes, including territorial rights in the Aegean Sea and energy exploration rights in the Eastern Mediterranean.

In January, the two countries resumed talks over the long-running dispute over maritime borders in the Eastern Mediterranean, but relations have remained tense, particularly over the rights of exploratory drilling in parts of the Mediterranean that Athens claims as its own economic zone.

"Turkey has issued, in violation of all rules of law, a threat of war against Greece if it exercises its inalienable right for the expansion of territorial waters of [its] islands," Greek Foreign Minister Nikos Dendias said in remarks after his meeting with Menendez.

Meanwhile, Turkey has criticised Greece for hosting a meeting in February with six other countries, declaring it an attempt to form a "hostile" alliance against Ankara.

Earlier this month, dozens of members of Congress sent a letter to Secretary of State Antony Blinken, calling for a suspension of drone technology to Turkey and for a hearing on Ankara's drone proliferation.

The letter claimed the Turkish government was constantly violating its relationship with the US, particularly following Ankara's purchase of the Russian S-400 missile air defence system.

In a hearing last month on US-Turkish relations, Menendez slammed the use of Turkish drones in the Nagorno-Karabakh conflict, which he said used US parts, calling it "completely unacceptable". 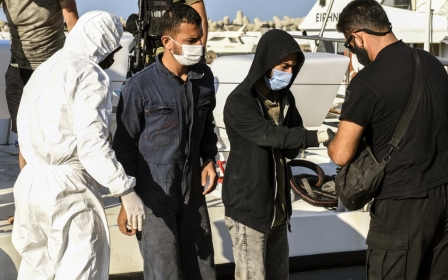 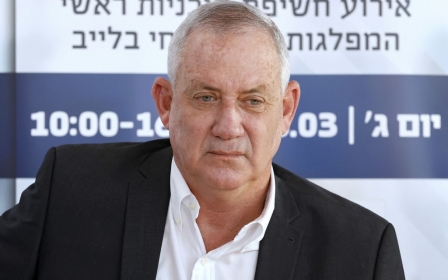