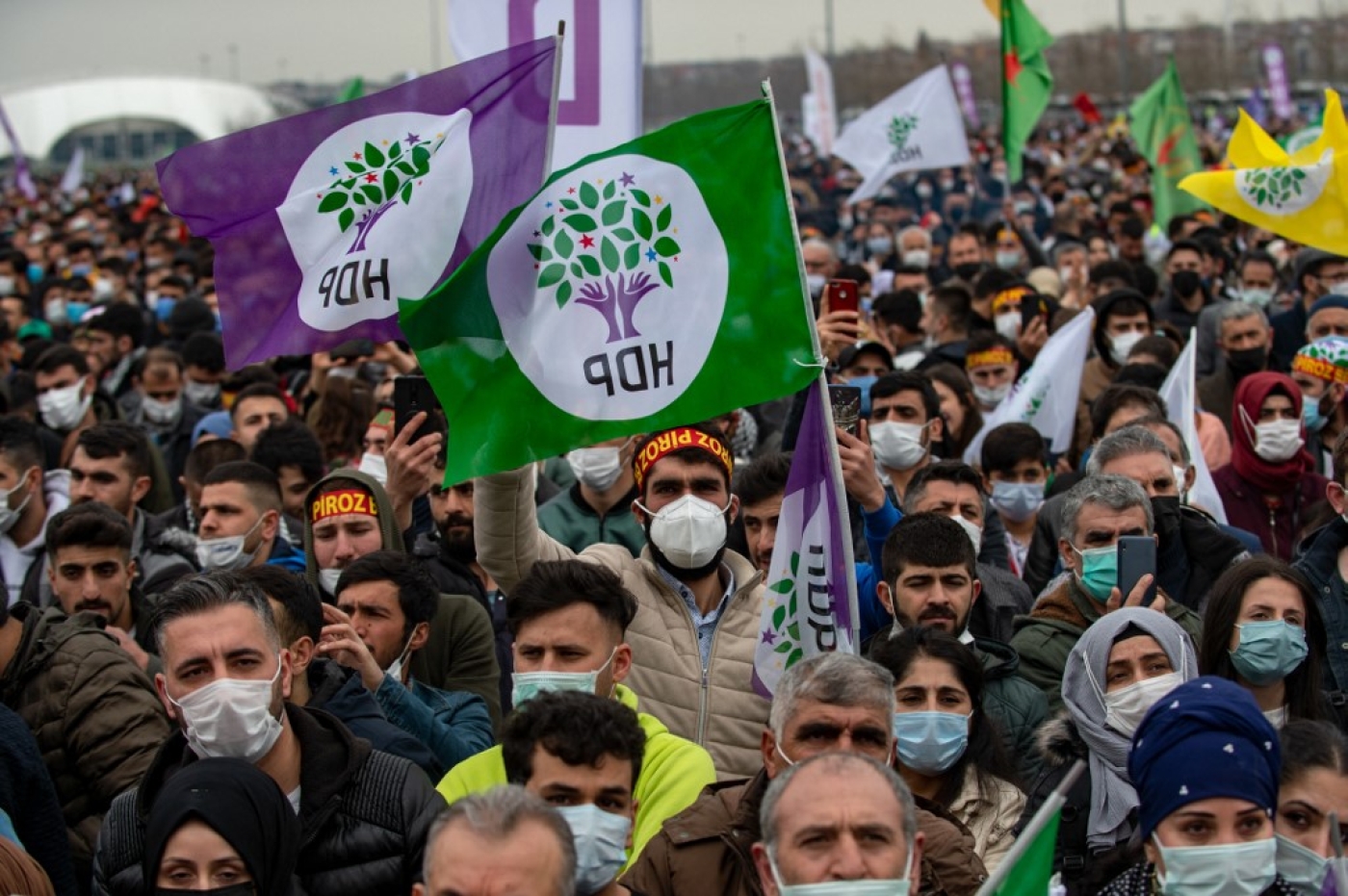 Supporters of pro-Kurdish Peoples' Democratic Party (HDP) cheer during a gathering to celebrate Nowruz, the Persian New Year, in Istanbul on 20 March 2021. (AFP)
By
Ragip Soylu
in
Ankara

Turkey's constitutional court on Monday accepted an indictment seeking to disband the pro-Kurdish Peoples’ Democratic Party (HDP) for alleged links to the Kurdistan Workers' Party (PKK) militant group, paving the way for a trial that could fine or permanently close the country’s third-largest party.

Prosecutors earlier this month filed a second indictment after the first one was overturned by the top court for errors and legal considerations.

The court also rejected a request to block the HDP’s bank accounts where it receives public funding through the state treasury. The outlawed PKK has been designated as a terrorist organisation by Turkey, the United States and the European Union. More than 40,000 people are estimated to have been killed in fighting between Turkish forces and the group since the 1980s.

The HDP, which has 55 seats in the 600-member parliament, has repeatedly denied any links to the PKK.

Over the past two years, the Turkish government has launched a crackdown on the party, dismissing 50 HDP mayors from office, detaining several party MPs and more than 7,000 party members on terrorism charges.

The court’s decision to accept the indictment comes days after an apparent Turkish nationalist gunman killed an HDP employee in Izmir, causing anger and condemnation throughout the country.

The HDP has blamed the government for stoking tensions with its aggressive rhetoric against the party. Senior Turkish officials, including President Recep Tayyip Erdogan, condemned last week's attack.

HDP co-chair Mithat Sancar claimed on Monday that the indictment was in fact prepared by Erdogan's ally the Nationalist Movement Party (MHP) and edited by the Turkish presidency instead of the chief prosecutor.

“The constitutional court has disappointed us. They could have rejected this based on their consciousness,” he said. “We will defend our party and survive this.”

The case against the HDP has exposed cracks within the ruling coalition, which consists of Erdogan’s AKP and Devlet Bahceli’s MHP, who in December last year called for the pro-Kurdish party to be closed and banned for separatism.

Even though the AKP had a long-standing policy against the disbandment of political parties, Erdogan could not refuse Bahceli's demands, angering many within the AKP for the violation of self-declared principles.

The AKP was also subjected to a similar court case in 2008 for “becoming the centre of activities against secularism”, however it survived with a monetary fine.

Many in Ankara believe the HDP could also survive this time around with a monetary fine since the court needs the endorsement of two third of members to disband the party.

“Full assault on HDP and the right of millions who voted for it to their chosen parliamentary representatives goes on,” Human Rights Watch Europe and Central Asia associate director Emma Sinclair-Webb said on Twitter on Monday. 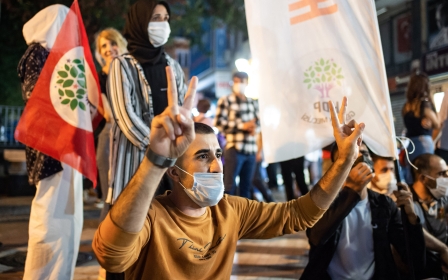