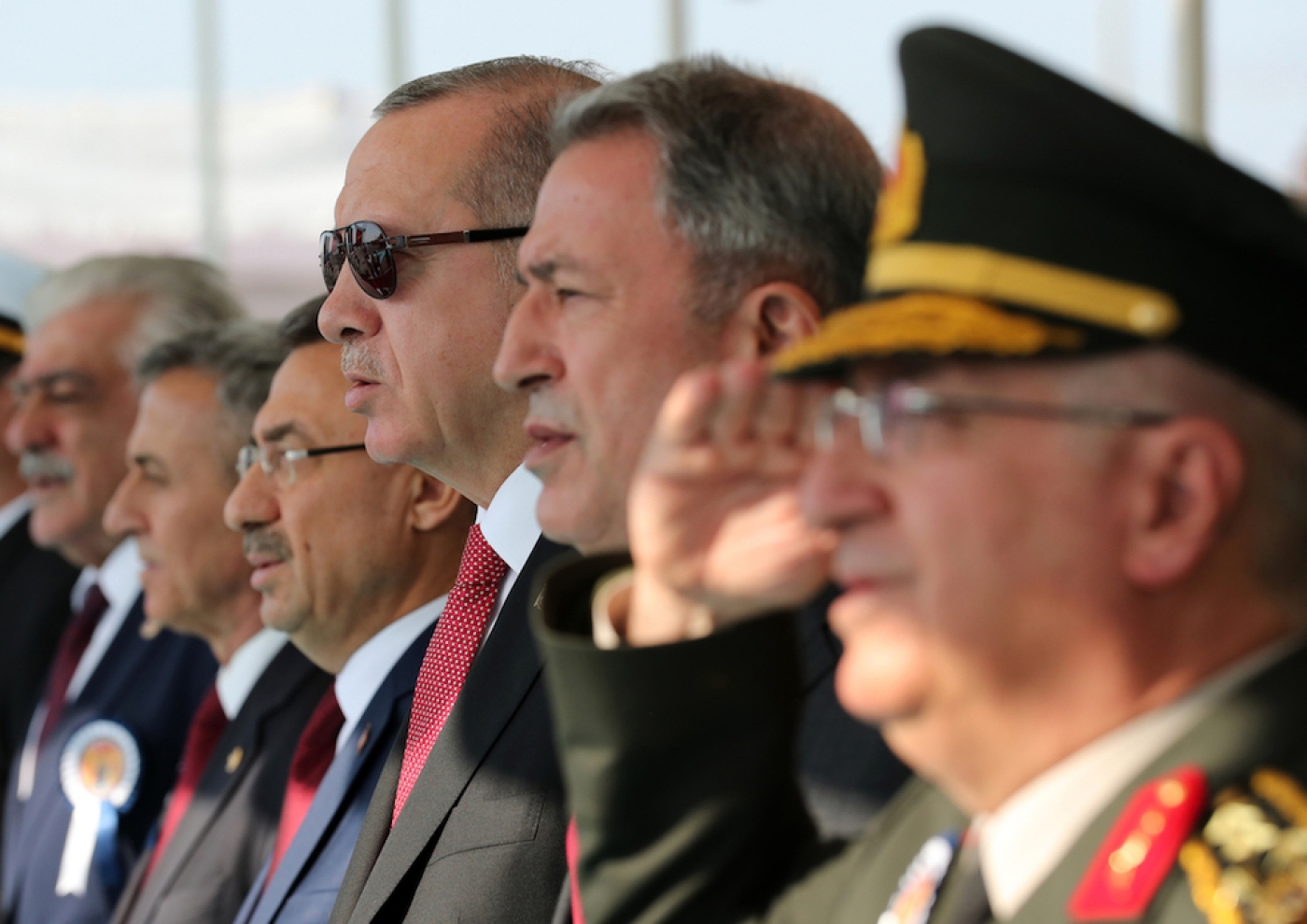 Turkish prosecutors ordered the detention of 103 soldiers with suspected links to the US-based Muslim cleric accused of orchestrating a failed coup in mid-2016, state-owned Anadolu news agency said on Friday.

Police have carried out regular sweeps against alleged supporters of the preacher Fethullah Gulen since the coup attempt of July 2016, in which 250 people were killed.

In the latest operation, in Istanbul and 31 other provinces, police have so far detained 74 people, Anadolu said.

The 103 suspects, all on active service, include colonels and lieutenant colonels, it said, adding that an investigation had shown they had communicated over fixed-line and pay telephones.

Turkey's Western allies have criticised the crackdown, which mostly took place under a state of emergency declared shortly after the coup attempt and remained in effect until July.

Erdogan's critics accuse him of using the failed putsch as a pretext to quash dissent, with more than 60,000 people detained over alleged links to "terrorist" groups.

Turkey says the measures are necessary to combat threats to national security.

Almost 130,000 public sector workers were fired by decree during the post-coup state of emergency because of their alleged links to the plotters, "terrorist" organisations or other groups posing a threat to national security.

Those who believe they were wrongfully sacked can apply to a special commission to have their case reviewed and either be reinstated or compensated.

However, Amnesty said many were fired with no explanations given, therefore making it hard to challenge the dismissals.

A majority are still "awaiting justice" and face "an uncertain future", Amnesty said, adding that so far only 6,000 had returned to their jobs.

The dismissals included more than 33,500 teachers and 31,500 police officers.

The commission has "failed to uphold international standards and is acting as a de facto rubber stamp for the initial flawed decisions," Andrew Gardner, Amnesty's Turkey strategy and research manager, said.

The "whole process is a shameful affront to justice", he added in a statement.

The rights group said the lack of an effective appeals process was "one of the worst human rights violations of the state of emergency period".

Amnesty also criticised the "innocuous" reasons given for dismissals. It said that the reasons given by the commission for upholding sackings often "lack merit and foregrounding in law".

The commission has only issued rulings in a third of cases so far, of which less than seven percent were "positive decisions".