Detention of activists at the march began before the rally started, with riot police raiding cafes and streets A participant faces riot police wearing a rainbow flag during a Pride march in Istanbul, on 26 June 2022 (AFP)
By
MEE and agencies

The detention of the activists at the march began before the rally started, with riot police raiding cafes and streets in a scenic district of Istanbul near Taksim Square, where the event was to be held, according to AFP.

Police also prevented the media from filming the Istanbul arrests, including an AFP photographer. Kaos GL Association, which campaigns to promote the rights of LGBTQ people in Turkey, said on Twitter that all 373 people detained by police on Sunday had been released, many of them “after a night in custody”.

The Council of Europe commissioner for human rights, Dunja Mijatovic, had urged Turkish officials to let the march go ahead and ensure the marchers’ safety.

In a statement, Mijatovic said: “The human rights of LGBTI people in Turkey need to be effectively protected.”

During Sunday’s Pride march, hundreds of protestors lined the streets of Istanbul and chanted slogans such as “The future is queer” and “We are here. We are queer. We are not going anywhere.”

Homosexuality in Turkey has been legal since the 19th century. However, Istanbul Pride has been banned since 2014 following parades that saw tens of thousands of participants in what became one of the most significant LGBTQ events in the Muslim majority region. 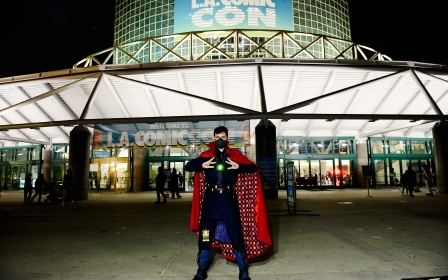