The move comes after a minister said Tasdemir had visited an area in northern Iraq where 13 Turks were killed earlier this month.

President Recep Tayyip Erdogan, his ruling AK Party and their ally, the Nationalist Movement Party (MHP), accuse the HDP of links to the outlawed Kurdistan Workers' Party (PKK), which the HDP denies. The HDP has come under renewed pressure this week after the government said that fighters from the PKK had executed 13 Turkish captives in Iraq's Gara region, including military and police personnel.

The PKK said the captives died during a Turkish air strike in the area.

Malatya Governor Aydin Barus said the victims included six soldiers and two police officers who were kidnapped between 2015 and 2016.

Interior Minister Suleyman Soylu told broadcaster A Haber on Saturday that the Tasdemir had visited Gara, according to an account by someone he said was a PKK militant who had surrendered.

Ankara says the PKK have several bases in Gara.

Prosecutors in Ankara said on Sunday that Soylu's comments were considered a notice and that an investigation had been launched into Tasdemir's links to an armed terrorist organisation.

"This country's interior minister made a statement giving my name based on the so-called accounts of one person. We will prove that this is a giant lie and slander," she wrote.

Many prominent HDP members have been investigated, tried and jailed over terrorism charges.

Selahattin Demirtas, the party's former leader and one of Turkey's most prominent politicians, has been in jail for more than four years.

On Friday, Turkey's top appeals court approved a jail sentence against another HDP lawmaker on terrorism charges, potentially opening the way to revoking his parliamentary membership.

Turkey has carried out several cross-border operations into northern Iraq against the PKK, which has waged an insurgency in the mainly Kurdish southeast Turkey since 1984.

It is considered a terrorist organisation by Turkey, the United States and the European Union. 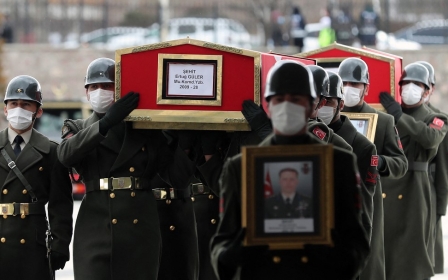 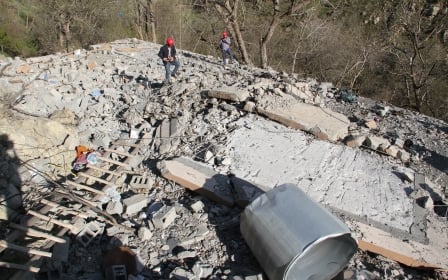