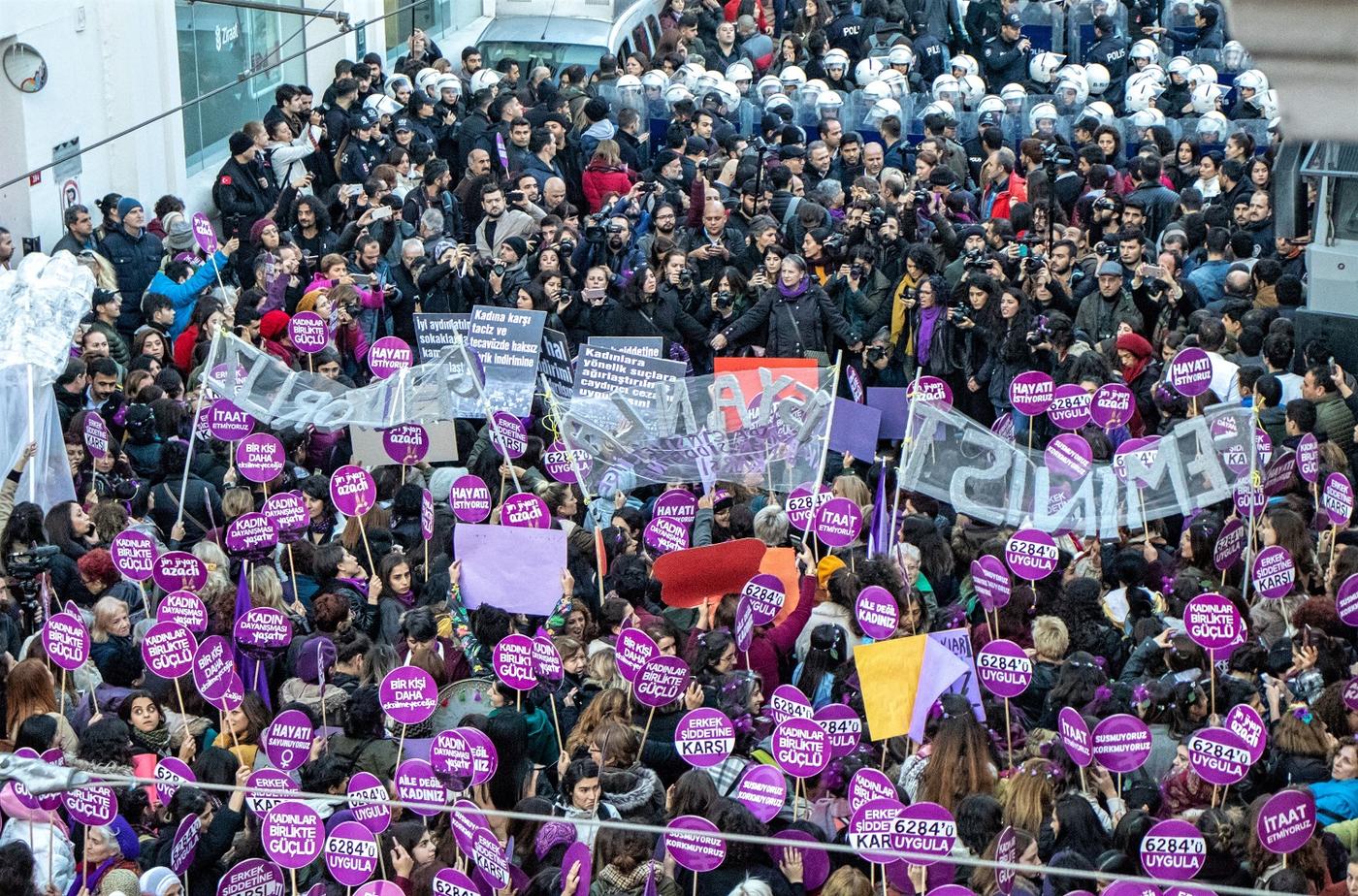 Thousands are set to protest against the move across Turkey, where a court appeal to halt the withdrawal was rejected this week (MEE/Laura Neumann)
By
MEE and agencies

Turkey officially withdrew on Thursday from an international treaty to prevent violence against women, enacting a decision that drew condemnation from many Turks and western allies when President Recep Tayyip Erdogan announced it in March.

The Istanbul Convention, negotiated in Turkey's biggest city and signed in 2011, committed its signatories to prevent and prosecute domestic violence and promote equality.

Thousands were set to protest across Turkey, where a court appeal to halt the withdrawal was rejected this week. 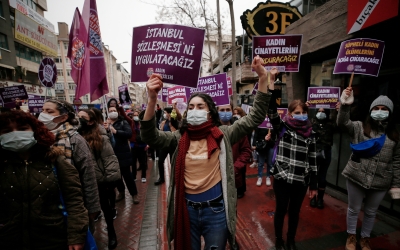 "We will continue our struggle," Canan Gullu, president of the Federation of Turkish Women's Associations, said on Wednesday.

"Turkey is shooting itself in the foot with this decision."

Gullu said that since March, women and other vulnerable groups had been more reluctant to ask for help and less likely to receive it, with Covid-19 fuelled economic difficulties causing a dramatic increase in violence against them.

Ankara's withdrawal triggered condemnation from both the United States and the European Union, and critics say it puts Turkey even further out of step with the bloc that it applied to join in 1987.

Femicide has surged in Turkey, with one monitoring group logging roughly one per day in the last five years, Reuters reported.

Proponents of the convention and related legislation say more stringent implementation is needed. In pictures: Women rally across Turkey in support of Istanbul Convention
Read More »

But many conservatives in Turkey and in Erdogan's ruling AK Party say the pact undermines the family structures that protect society.

Some also see the convention as promoting homosexuality through its principle of non-discrimination on grounds of sexual orientation.

"Our country's withdrawal from the convention will not lead to any legal or practical shortcoming in the prevention of violence against women," Erdogan's office said in a statement to the administrative court on Tuesday.

Earlier this month, Council of Europe Commissioner for Human Rights Dunja Mijatovic sent a letter to Turkey's interior and justice ministers, expressing concern about a rise in homophobic narratives by some officials, some of which targeted the convention.

"All the measures provided for by the Istanbul Convention reinforce family foundations and links by preventing and combating the main cause of destruction of families, that is, violence," she said. Women
In pictures: Women rally across Turkey in support of Istanbul Convention 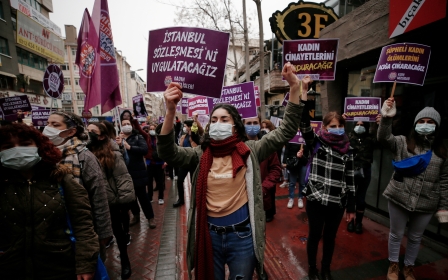