The Turkish military deployed special forces to Iraq overnight as part of its growing efforts to remove Kurdistan Workers' Party (PKK) militants from the border area.

The move came after an extensive air campaign in the same area on Tuesday, which is believed will help troops operate easier on the ground. The ministry said the PKK, designated as a terror group by Turkey, has been “harassing” and making attempts to attack posts and bases on the border.

It added that over 150 targets were hit before the deployment with the help of artillery. The Iraqi government summoned the Turkish ambassador on Tuesday in protest at the air strikes, and will likely be further angered by the latest developments. In the last two years, the Turkish military has increased its foothold in northern Iraq by adding more ad-hoc bases and outposts, which first began to be established in the 90s, and the Iraqi Kurdistan Regional Government has largely tolerated their presence.

The PKK is headquartered in the Qandil Mountains, a terrain Turkish land forces have struggled to effectively operate in.

However, in recent years Turkey has begun producing advanced armed and unarmed drones, and started to deploy them in the area, dealing the PKK leadership a series of losses among its top leadership.

A Turkish official told MEE that “Claw-Tiger” was a continuation of other recent operations that have established direct control in important valleys and hills, and disrupted PKK movements from Iraq to Turkey.

Also on Tuesday, Turkish aircraft and Iranian artillery simultaneously targeted the town of Haji Omeran near Iraq’s Erbil according to Sky News Arabia, raising the possibility that the two sides have coordinated their operation.

Recent Turkish drone strikes and operations have led to speculation that Ankara is setting the stage for a large ground offensive against the PKK headquarters. 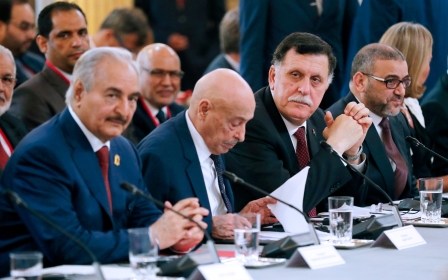