Turkey tries father of refugee Alan Kurdi for his drowning A mural in Brazil of Alan Kurdi, who drowned off a beach in Turkey (AFP)
By
MEE and agencies

Two alleged Syrian smugglers have gone on trial in a Turkish court over the death of three-year-old Alan Kurdi and other refugees who drowned while trying to reach Greece by boat.

The alleged smugglers, Muwafaka al-Abash and Asem al-Farhad, appeared at a criminal court in Bodrum on Thursday to face charges of smuggling and manslaughter over the deaths of Alan Kurdi, his five-year-old brother Galip, their mother Rehan and two other refugees.

Abdullah Kurdi, Alan's father who is originally from the Kurdish Syrian border town of Kobane, is also on trial in absentia accused of being an organiser of the smuggling.

The refugees set off from Bodrum in two boats on 2 September, 2015.

The image of Alan Kurdi's lifeless body, lying face down in the sand, sent shockwaves around the world, and forced Europe to revise its refugee policies.

The Syrian defendants face up to 35 years in jail if convicted.

Abdullah told the Turkish Dogan news agency at the time about the moment the boat capsized.

“I was holding my wife’s hand, but the children slipped through my hands,” he said. “We tried to cling to the small boat, but it was deflating. It was dark and everyone was screaming. I couldn’t make my voice heard to my wife and kids.”

The victims were among some one million people who last year sought to cross the Aegean Sea from Turkey in a bid to reach EU member Greece.

But with the migrants and refugees crammed into unstable boats and equipped with sub-standard life jackets, the crossing is fraught with danger.

Turkey has become the major hub for Syrian, Afghan, Iraqi, Eritrean and other refugees and migrants seeking to undertake the risky crossing to the European Union in a flow that has caused huge alarm across the continent.

The Turkish government struck a deal with the EU in November to halt the flow of refugees, in return for $3.2bn in financial assistance.

But the current Syrian government offensive on Aleppo has driven tens of thousands of new refugees to the border in recent days, which could push Turkey's refugee numbers over three million.

President Recep Tayyip Erdogan threatened on Thursday to open Turkey's borders to Europe if the EU did not provide more assistance to his country. 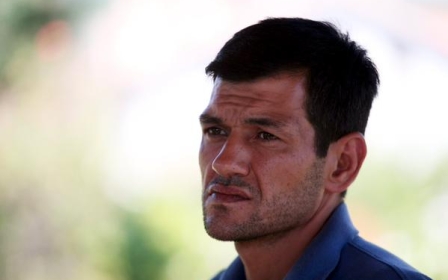