Turkey's President Recep Tayyip Erdogan greets members of the Muslim community during his visit to Komotini, northeast Greece, this week (AFP)
By
MEE and agencies

Turkish President Recep Tayyip Erdogan is pushing to lead the response to the US decision to move its embassy to Jerusalem, as he called foreign leaders on Saturday to shore up support ahead of a 13 December meeting of the Organisation of Islamic Cooperation (OIC).

Erdogan told the presidents of Azerbaijan, Kazakhstan and Lebanon that US President Donald Trump's recognition of Jerusalem as Israel's capital would lead to further violence and instability in the Middle East.

He added that East Jerusalem must be recognised as the capital of a sovereign Palestinian state.

Turkey's leader is seeking to spearhead Islamic reaction to the US declaration on Jerusalem, but it is uncertain if he can coordinate a meaningful response among often disunited Muslim nations.

Erdogan, who regards himself as a champion of the Palestinian cause, had fulminated against Trump's recognition of Jerusalem as Israel's capital even before it was officially announced this week.

Erdogan described the status of the city, whose eastern sector Palestinians see as the capital of their future state, as a "red line" for Muslims.

With Trump disregarding such warnings, the Turkish president used his position as the current chairman of the Organisation of Islamic Cooperation (OIC) to call a summit of the pan-Islamic group.

"He is seeking to garner an international response," said Ziya Meral, resident fellow at the British Army's Centre for Historical Analysis and Conflict Research, noting Erdogan had spoken to Muslim allies and non-Islamic leaders.

"What Turkey can do tangibly next is far from clear and responses have risks for Erdogan and Turkey," he told AFP.

Turkey in 2016 agreed to resume full diplomatic relations with Israel after the crisis triggered by the deadly storming by Israel of a Turkish ship seeking to break the Gaza blockade in 2010.

Cooperation has resumed, most significantly in energy. But Erdogan has rarely mustered much public enthusiasm for ties with Israel and retains warm relations with Hamas, the Palestinian Islamist group that controls Gaza.

Erdogan's supporters proudly recall how he famously walked out of a January 2009 debate in Davos with then Israeli president Shimon Peres, complaining he was not given enough time to respond and repeatedly saying "one minute!".

The Turkish leader has left diplomatic niceties aside in warning his US counterpart of the dangers of the move, using the backyard-style rhetoric he usually keeps for bitter enemies.

"Hey Trump! What do you want to do?" Erdogan said on Thursday. "What kind of approach is this? Political leaders do not stir things up, they seek to make peace!"

Bulent Aliriza, director of the Turkey Project at the Center for Strategic and International Studies, said it was unclear if Erdogan's strong reaction would have any impact on Trump.

"What is clear is that the Jerusalem issue will inevitably exacerbate the malaise in the US-Turkish relationship, which was already under considerable strain."

Trump's arrival as US leader was welcomed by Ankara, but relations have hit new trouble due to rows over the Syria conflict, an explosive legal case in New York and even a mutual visa suspension.

Soner Cagaptay, director of the Turkish Research Program at the The Washington Institute for Near East Policy, said Erdogan's Islamic-rooted ruling Justice and Development Party (AKP) shares an "ideological affinity" with Hamas.

This suggests "Erdogan can never be an honest broker on the Israeli-Palestinian issue," he said.

The Istanbul summit of the OIC - an organisation founded in 1969 after an arson attack on the Al-Aqsa mosque in Jerusalem - will offer Erdogan the chance to showcase his status as a global Muslim leader.

But it remains unclear if he will be able to come close to shifting the 57 members - including arch foes like Shia Iran and Sunni Saudi Arabia - into anything resembling a coordinated position.

"Turkey ... will seek a prominent role in coordinating Muslim reactions to the US move," wrote analysts Ofer Zalzberg and Nathan Thrall of the International Crisis Group (ICG).

But they added that most leaders in the Gulf, Egypt and elsewhere were "likely to make do with rhetorical expressions of opposition" and were unlikely to risk sacrificing good relations with the US.

Crucially watched will be attendance from President Abdel Fattah al-Sisi's Egypt - a bete noire of Erdogan - and Gulf kingpin Saudi Arabia, which is under the sway of powerful Crown Prince Mohammed bin Salman.

Under Erdogan's rule, Turkey has sought an enhanced role for the OIC. Thanks to his backing, Ekmeleddin Ihsanoglu, who later stood against Erdogan in presidential elections, was secretary general of the Jeddah-based group from 2004-2014.

"Turkey has attempted to be a flag bearer for Muslim alliances for the last 12 years to very limited outcomes," said Meral of the British Army's Centre for Historical Analysis and Conflict Research.

"OIC is a weak entity with very little shared agenda and commitment to shared causes," he said, adding that a better option to help the Palestinians would be to work more closely with EU and Western nations that have criticised the move. 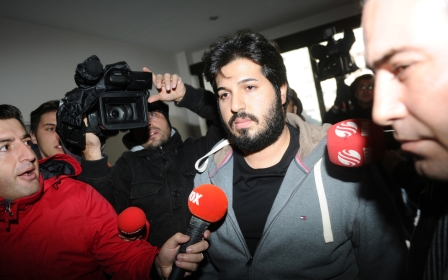