The Britain-based Syrian Observatory for Human Rights said the strikes on the area of Kafr Janna were the third such raid on loyalist fighters in the enclave bordering Turkey in less than 48 hours.

They came after Turkish raids on other parts of the enclave killed 14 pro-government fighters on Thursday and four more on Friday, the monitor said.

Turkish-led Syrian opposition fighters have advanced steadily since 20 January when they launched an assault on Afrin, controlled by the Kurdish People's Protection Units (YPG).

The Syrian government deployed fighters to the enclave a month later after the Kurds appealed for help.

The Observatory says Turkish-led forces control more than 20 percent of the enclave after seizing the area of Rajo in the northwest of Afrin on Saturday.

They also seized a strategic mountain in the northeast of the enclave, a military official from the Turkish-led operation said.

Ankara says the YPG is a "terrorist" extension of the Kurdistan Workers' Party (PKK), which has waged a three-decade insurgency against the Turkish state.

The YPG has been a key component of a United States-backed Kurdish-Arab alliance that has been fighting the Islamic State militant group in Syria.

The Observatory says more than 140 civilians have been killed in Turkish bombardment since the start of the assault, but Turkey denies the claim and says it takes the "utmost care" to avoid civilian casualties.

Thousands of civilians have fled their homes since the start of the operation, either to the town of Afrin or to nearby government-controlled areas. 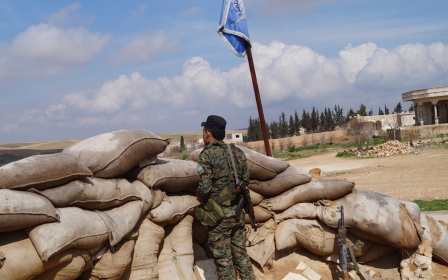 Kurds
'We are not afraid of Turkey': Manbij fighters vow to stop repeat of Afrin 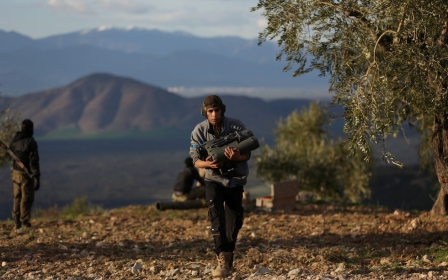