Gokhan Gunes tells MEE he was targeted because of his left-wing beliefs, blames the intelligence services

The kidnapping of a socialist activist in Turkey has raised fears there of a potential campaign of intimidation and violence against leftists and other activists.

Gokhan Gunes, who works as an electrician in Istanbul, was kidnapped on 20 January while walking home in the city's Basaksehir district.

Security camera footage showed Gunes being surrounded by a group of people who then drag him into one of two waiting cars.

"At first, I was scared. The feeling of uncertainty about what's going to happen next was leading my thoughts," Gunes told Middle East Eye, speaking via WhatsApp.

"In this regard, I seriously admitted that my life was in danger."

After being missing for six days, during which family, activists and political parties pushed for an investigation into his whereabouts, he was eventually released and made his way home.

Gunes, a member of the Socialist Party of the Oppressed (ESP), has described being blindfolded,  stripped naked, electrocuted and dunked in water by his captors.

He said the kidnappers, who referred to themselves as "invisibles," had attempted to convince him to work for them as an informant.

"They called themselves 'invisibles'. But we all know that they are intelligence officers, as well as for whom they serve," he said.

The Turkish government has so far yet to comment on the incident or Gunes's allegations. MEE contacted the interior ministry for comment but at time of publication had received no response.

Gunes said that although he did not fear for his own life any more, he was concerned that friends and family members could be targeted next.

"I was targeted by them because I am a socialist worker and place myself within the struggle against fascism," said Gunes.

"In that sense, it was not me alone, but all opponents and socialists who had been targeted by them."

Gunes has compared his kidnapping to the situation in Turkey in the 90s, when far-right organisations, often with links to the state and organised crime, would regularly abduct and often murder left-wing and pro-Kurdish activists.

At the time, these kidnappings were often attributed to the Counter-Guerilla, a term referring to a "deep state" operation that originally grew out of a secret US-backed anti-communist organisation established within the Turkish military to prevent a takeover of the country by the Soviet Union.

Parties espousing socialist, Marxist-Leninist, pro-Kurdish, anti-constitutional or anti-secular views have often found themselves closed down by the Turkish state and their members arrested.

"Almost all organised socialists in Turkey do frequently face these kinds of attempts in their daily life," said Gunes.

The ESP are a Marxist-Leninist party that is one of the factions making up the left-wing, pro-Kurdish Peoples' Democratic Party (HDP) coalition.

The HDP's former co-leader, Figen Yuksekdag, helped to found the ESP in 2010, with the party joining the coalition in 2014.

The ESP, like the HDP as a whole, has repeatedly faced accusations of sympathy for "terrorist" organisations.

Yuksekdag was arrested in 2016 along with her HDP co-leader, Selahattin Demirtas, on terrorism-related charges. Both remain in prison.

On 14 January, police arrested 48 members of the party during raids on homes and offices in 12 provinces of Turkey as part of an investigation into outlawed groups.

In the past, the party has made international headlines for even grimmer reasons.

In July 2015, the ESP's youth wing, the Socialist Youth Associations Federation (SGDF), was targeted in a bomb attack in the Turkish border town of Suruc that killed 34 people.

The attack, which was blamed on the Islamic State group, took place as the group was issuing a press statement about its intentions to travel to the Syrian town of Kobane to help reconstruction after it was devastated in fighting with IS.

Supporters of the ESP said the Turkish state was culpable for the killings as it had failed to give the gathering proper security despite warnings of an "imminent" threat in the area at the time. The Suruc police chief would later face charges of misconduct over the killings.

Gunes said the ESP's commitment to revolutionary struggle was a key reason for his support of the party, something exemplified by the campaign they drove for his release.

"I am a supporter of ESP because I do clearly adopt its political line and political programme," he said.

"But above that, I can count ESP's determination of struggle as the basic factor for me to support and be the part of it."

Gunes' abduction provoked an outcry in Turkey, not just from his political allies but also from more mainstream figures.

"A worker in the middle of Istanbul Gokhan Gunes was kidnapped. And still there is no explanation from the authorities about the process. Who kidnapped Gokhan Gunes and why is Gokhan Gunes still not found?" she tweeted on Monday.

Gunes's lawyer, Sezgin Ucar, told a press conference last week that his client had been monitored by the police because of his political affiliations. However, according to a report by the left-wing Mesopotamia News Agency, the Gunes family had appealed to the Istanbul branch of Turkey's anti-terror police, who told them there was no outstanding warrant for his arrest.

In a statement on Wednesday, a group of progressive law organisations said that the kidnapping indicated that the "leftovers" of Counter-Guerilla were still active in targeting leftists. It accused the government of staying silent and attempting to intimidate those calling for his release.

During a protest for the release of Gunes on 23 January, 12 people, including his two sisters, were detained by police, though they were released a day later.

Future for the left?

Left-wing groups in Turkey have faced severe pressure from the state, particularly in the wake of an attempted coup attempt in July 2016 that was blamed on followers of exiled cleric Fethullah Gulen, but which has been used to clamp down on a range of political actors.

The HDP, which has been the main vehicle for socialist activists in recent years, has been targeted repeatedly over allegations of links to the outlawed Kurdistan Workers' Party (PKK). Dozens of HDP mayors and officials have been jailed, while calls have grown from far-right politicians allied to the government to close the party down.

Despite the difficulties he and other left-wing activists face in Turkey, Gunes said he was confident that there was still great potential for revolutionary change in the country.

"The left wing in Turkey, mostly the revolutionary forces, seem to be weakened due to the continuous attacks of fascism under different forms and methods. However, they carry a great potential," he said.

"In order to break this siege, the subjects of the revolutionary movement should come together and build the political and organisational forms of a united struggle against fascism. The campaign that emerged in my kidnapping process was a good example of this." 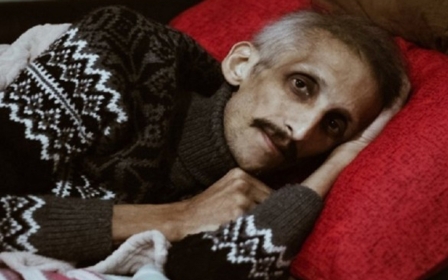 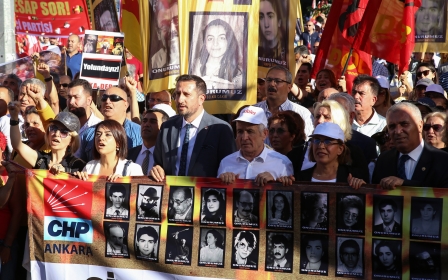