Metin Topuz has been charged with participating in 2016 attempted coup 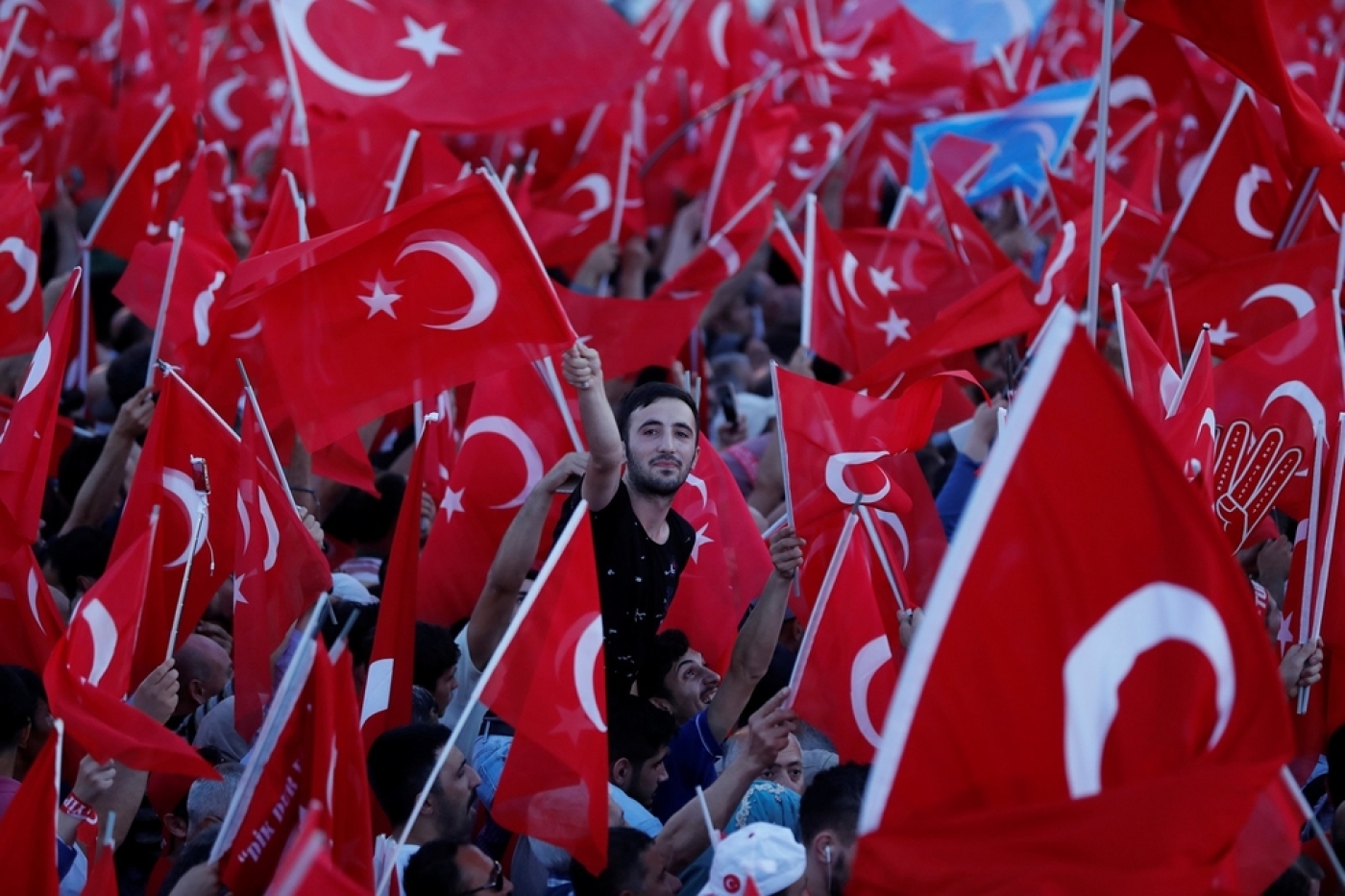 Since the 2016 abortive coup, about 77,000 people have been jailed and more than 150,000 sacked or suspended from their jobs in the military, public and private sectors (AFP)
By
MEE and agencies

A Turkish employee of the US consulate in Istanbul faces life in jail if convicted of espionage and coup charges accepted by a court, state-owned Anadolu news agency reported.

Metin Topuz's arrest in October 2017 exacerbated tensions between Washington and Ankara, already strained over US support for Kurdish fighters in Syria, Turkey's plan to buy a Russian defence system and the US jailing of an executive at a Turkish state bank in an Iran sanctions-busting case.

The Istanbul court on Friday ruled to keep Topuz, a translator and fixer for the Drug Enforcement Agency, in detention until trial hearings scheduled for 26 March, Anadolu said.

Topuz was arrested over alleged links to the network of US-based cleric Fethullah Gulen, whom Turkey accuses of being behind the coup attempt in 2016, which Gulen denies.

The consulate employee is suspected of having contacts with former police officers and a prosecutor on the run accused of links with the Gulen movement, Anadolu reported.

The agency added that the indictment claimed Topuz had "very intense contacts" with former police chiefs involved in a 2013 probe into corruption allegations that affected government officials at the time.

Ankara has repeatedly demanded that Washington extradite Gulen, who has lived in the US in self-imposed exile since 1999.

Since the abortive coup, about 77,000 people have been jailed and more than 150,000 sacked or suspended from their jobs in the military, public and private sectors.

Rights groups and Turkey's Western allies have voiced alarm over the scale of the crackdown, saying Turkish President Recep Tayyip Erdogan is using the coup attempt as a pretext to quash dissent.

There was some easing of US-Turkish tensions late last year when a Turkish court freed a US pastor detained for two years over accusations of links to Kurdish militants and supporters of Gulen.

On Wednesday, a Turkish court freed another employee of the US consulate in the southern city of Adana, after it convicted him of membership and support for an armed terrorist organisation.

Hamza Ulucay, a translator at the US consulate in Adana, was sentenced to four-and-a-half years in jail, but walked free due to time served.