Turkish-US operation centre for Syria safe zone to be functional next week: Minister

The two Nato allies reached an agreement earlier in August to establish the safe zone, averting a Turkish military offensive on region 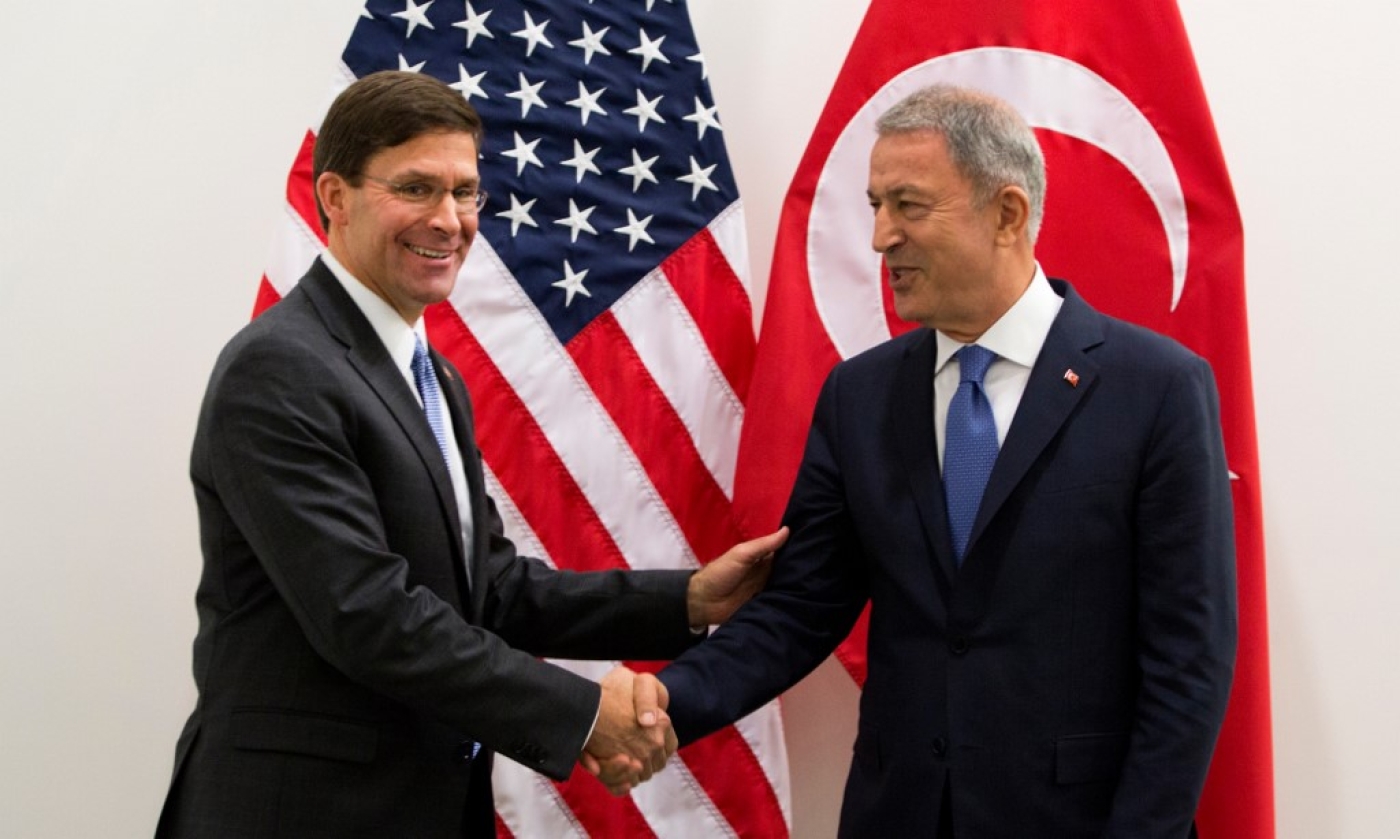 US Secretary of Defence Mark Esper (L) with Turkish Defence Minister Hulusi Akar (R) prior to a meeting with Nato's defence ministers at Nato headquarters in Brussels, on 26 June 2019 (AFP)
By
MEE and agencies

A joint Turkish-US operation centre that will create and manage a safe zone in northeast Syria will be fully functional next week, Turkish Defence Minister Hulusi Akar said on Friday.

Ankara and Washington have also agreed in general terms about control and coordination of air space in the region, Akar was reported as saying by Turkey's state-owned Anadolu news agency.

The news agency reported earlier that Akar and the Turkish military's chief of staff Yasar Guler, along with other senior military commanders, inspected troops at the southeastern city of Sanliurfa in preparation for the joint operations centre.

A team of six US military officials also arrived in the city on 12 August.

The two Nato allies had reached an agreement on 7 August to set up the joint operations centre in Turkey to administer the safe zone, averting a Turkish offensive on the region as President Recep Tayyip Erdogan threatened unilateral military action on 4 August.

Turkey has been concerned about the presence of the Syrian Kurdish People's Protection Units (YPG) militia in northern Syria, as Ankara views it as a branch of the outlawed Kurdistan Workers' Party (PKK), which has been waging a decades-long insurgency in Turkey.

The YPG was the main ally of the US in its battle against the Islamic State (IS) group in Syria.

Both countries have been discussing the matter since last year, when Trump, after declaring a victory against IS, decided to withdraw his forces from Syria.

Akar on Friday said that Turkish and US officials have agreed that YPG militia fighters should be removed from the area and their heavy weapons should be taken.

Turkey's Foreign Minister Mevlut Cavusoglu said on Thursday that the agreement was "just a beginning" and that further details would be agreed in the future.

According to Anadolu, he added that US President Donald Trump pledged that the safe zone would be 32km deep into Syria, in line with Turkish demands, but that Turkey believed the region could only be safe without the presence of Kurdish militants. 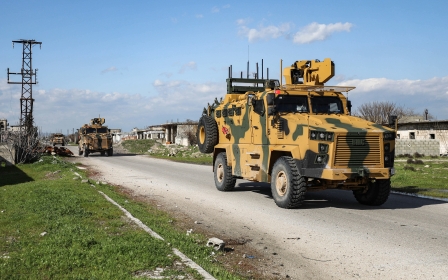