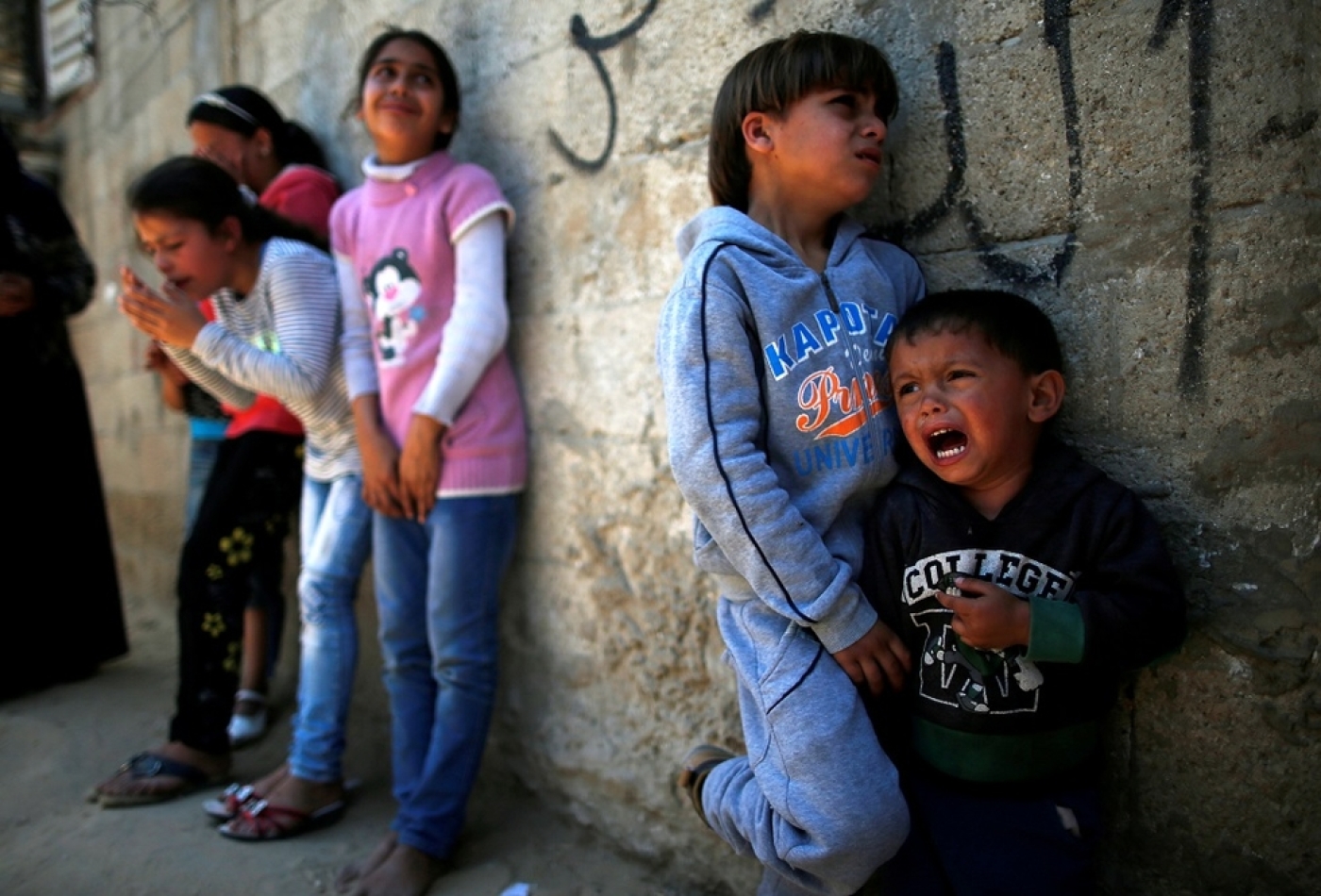 Relatives of Tahrir Said Wehbeh, 18, mourn during his funeral in Khan Younis (Reuters)
By
MEE and agencies

Abdullah Shamali, 20, died overnight of "bullet wounds to his abdomen" suffered on Friday in Rafah, near the enclave's border with Israel, a ministry spokesman said.

Shamali was one of five Palestinian demonstrators, including a 15-year-old, killed or fatally wounded in Gaza on Friday.

On Monday morning, the Gaza Ministry of Health said 18-year-old Tahrir Said Wehbeh from the southern city of Khan Younis died after having been shot in the head in the early days of the “Great March of Return”.

An hour later, the ministry announced that Mohammed Nimr al-Muqadima, 55, had been killed in the northern Gaza Strip, without elaborating on the circumstances surrounding his death.

Palestinian news agency Maan reported that Muqadima was killed and two other Palestinians wounded in an "accidental explosion" east of Beit Lahia, as Israeli military vehicles entered the nearby Gaza "buffer zone".

The news agency later quoted Hamas as saying that Muqadima was a member of the group, and was killed after being hit by a shell.

An Israeli army spokesman told Middle East Eye they were not aware of the case.

The deaths bring to 40 those Palestinians killed since the start of "Great March of Return" protests on 30 March, 39 of which have been confirmed killed by Israeli army fire during demonstrations.

Tens of thousands of Palestinians in the coastal enclave, wedged between Israel, Egypt and the Mediterranean, have gathered at the border since 30 March as part of the march, calling for Palestinian refugees to be allowed to return to their former homes now inside Israel.

Israeli army forces have been stationed along the fence separating Gaza from Israel for the past three weeks, using tear gas, snipers firing live ammunition, tank shelling, and air strikes.

Palestinian demonstrators have burned tyres along the border and thrown stones and incendiary devices in the direction of Israeli troops.

The Israeli army says its forces only open fire in self-defence or to stop protestors attempting to breach the barrier separating the territory from Israel.

But more than 5,000 Palestinians have been wounded by Israeli forces since the beginning of the demonstrations, including 138 in critical condition, the Gaza Health Ministry said on Monday.

No Israeli casualties have been reported.

The planned six-week protest, which began on 30 March on Palestinian Land Day, is set to end on 15 May - the 70th anniversary of the Palestinian Nakba (Catastrophe), in which more than 700,000 Palestinians were forcibly displaced by Israeli forces during the 1948 Arab-Israeli war.

Israel has drawn harsh criticism from rights groups along with calls for investigations by the United Nations or the European Union.

Israel has for more than a decade imposed a crippling blockade on Gaza, fighting three wars with Islamist movement Hamas since 2008. 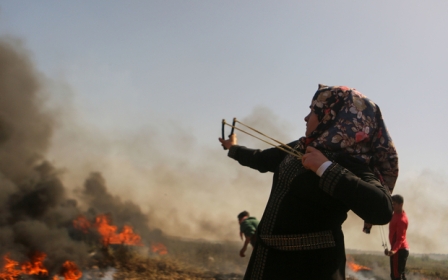 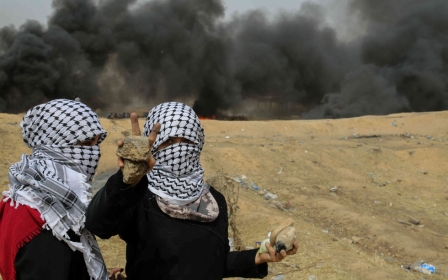 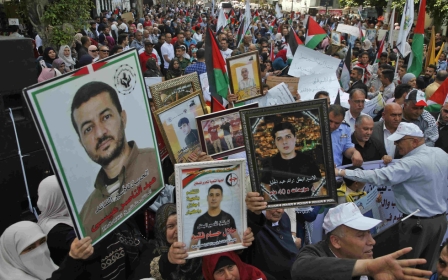