Ahmed Mansoor has been held in solitary confinement since his arrest in 2017, according to letters he wrote detailing his mistreatment while imprisoned Human Rights Watch (HRW) and the Gulf Centre for Human Rights (GCHR) said that the letters could cause UAE authorities to seek reprisal against the political prisoner. Arab121 reported on the letters on 16 July.

"UAE authorities have spared no effort to silence Ahmed Mansoor, including isolating him in detention for years, but his determination to shed light on government abuses has surmounted every obstacle," Michael Page, deputy Middle East director at HRW, said in a statement. UAE political prisoner has been in solitary confinement for years: Report
Read More »

"UAE authorities’ long record of contempt for the rule of law and rights of detainees means Mansoor could face grave retaliation in prison. The UAE should immediately allow independent monitors access to Mansoor to confirm his safety and welfare."

Mansoor has been in solitary confinement since his arrest in 2017, cut off from the outside world as well as fellow prisoners, according to the letters.

He is serving a 10-year sentence on charges relating to his human rights activism, including "insulting the status and prestige of the UAE and its symbols including its leaders" and "seeking to damage the relationship of the UAE with its neighbours by publishing false reports and information on social media".

The letters paint a grim image of Mansoor's conditions in jail, including restrictions on phone privileges and visitation rights. Prison guards have stripped his cell bare, confiscating his clothes, mattress, blankets and towels - leaving Mansoor with one shirt whose sleeves had been ripped off.

"What's worse, they cut off hot water from my cell during the extremely cold winter in the desert," the letters read.

"And they issued a directive that was hung in the police room to deprive me from any clothes with long sleeves as well [as] personal hygiene products and hot tea that gets served with some meals."

Mansoor wrote that the cold in his prison cell led to various health issues, including hypertension and frequent fevers.

"At the same time, we call on the UAE government to release Ahmed Mansoor immediately and without any conditions, as he is being targeted solely because of his peaceful and legitimate human rights activities."

The letters also appear to confirm the findings of a Human Rights Watch report released in January, which stated that Mansoor spent the past four years entirely alone in a two-metre by two-metre cell.

The two rights groups called on the United States and the United Kingdom to place pressure on the UAE to allow independent monitors access to Mansoor in order to check on his safety.

The UAE enjoys strong relations with the West and normalised ties with Israel last year in a US-brokered agreement.

Other rights groups have also demanded that the UAE release a number of political prisoners who were jailed during the country's infamous "UAE 94" trial.

The 2013 mass trial involved 94 people who were accused of trying to overthrow the Emirati government, a charge the defendants vehemently denied.

It resulted in the conviction of 69 people - eight in absentia - who received sentences as long as 15 years. 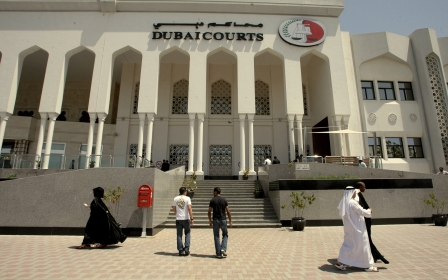 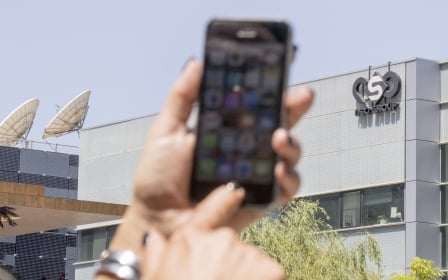