Alaa Bader al-Hashemi, 30, was executed at dawn for stabbing a US school teacher in an Abu Dhabi shopping mall in December 2014 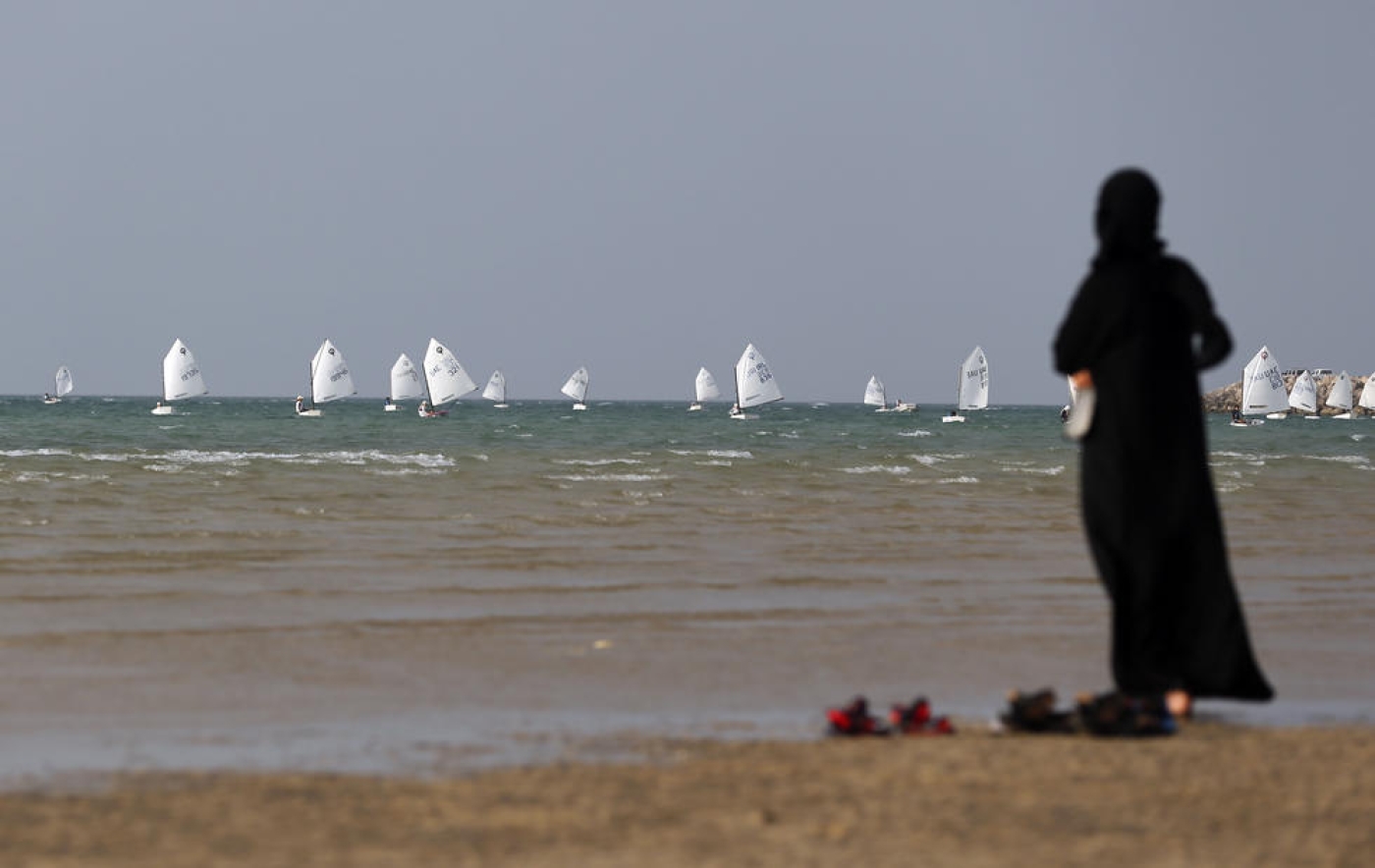 Am Emirati woman standing at al-Mirfa beach, outside Abu Dhabi, UAE on 19 April 2013 (AFP)
By
MEE and agencies

The United Arab Emirates carried out a rare execution Monday, putting to death by firing squad an Emirati woman convicted of the murder of a US school teacher, media reported.

The National, an English-language daily, said Hashemi had been put to death by firing squad.

Hashemi was sentenced to death last month for stabbing to death mother of three Ibolya Ryan, 47, in a toilet of an Abu Dhabi shopping mall on 1 December, 2014.

Dubbed the "Reem Island Ghost" after the location of the mall, Hashemi was also convicted of placing a handmade pipe bomb outside an Egyptian-American doctor's home in Abu Dhabi.

The device failed to explode.

In the verdicts issued in June, the Federal Supreme Court in Abu Dhabi said Hashemi had used an Internet account to spread information that was likely to "jeopardise" the United Arab Emirates.

She was also found guilty of having sent funds to Al-Qaeda in Yemen, knowing that this money would be used for "terrorist acts".

UAE law allows for capital punishment but executions are rare and death sentences are usually commuted to life in prison.

Hashemi's execution is the first in the oil-rich federation since January 2014 when a Sri Lankan was put to death by firing squad in for murdering an Emirati man eight years earlier.

Before his sentence was carried out, rights watchdog Amnesty International had reported last year that a dozen people had been executed in the UAE since 1997.

Hashemi was arrested 48 hours after the attacks in Abu Dhabi.

Security forces tracked her down using CCTV footage of her going into and out of the restroom where the murder occurred and near the doctor's building.

She was dressed in black from head-to-toe.

Hashemi was taken into custody at her home where her car was found with blood on the steering wheel and bomb-making materials inside.

During her trial, Hashemi had asked the court to provide her with psychological help, saying she had "unreal visions" and would see "ghost-like people" due to a chronic mental illness.

The court ordered psychiatric tests which it said showed she was aware of her actions.

In September, the United Arab Emirates joined the US-led coalition carrying out air strikes against the IS group in Iraq and Syria.

Last year, it issued a list of 83 Islamist groups it classified as "terrorist organisations".

Hashimi's execution is the first to be carried out under a federal law promulgated last year concerning terror-related offences, according to the Gulf News daily.

Violent crime is relatively rare in the Gulf federation, home to millions of foreign workers.