Human Rights Watch has praised the United Arab Emirates for passing new laws that will seek to improve protection for migrant workers in the Gulf state.

The new contract fraud legislation could stop migrant workers from being forced to do jobs for less money than they originally agreed, Human Rights Watch said in a press release on Sunday.

The laws were passed in September and will come into effect in January 2016. The ministerial decree states that workers arriving in the UAE cannot begin work “until an employment offer that conforms with the Standard Employment Contract is presented to and duly signed by the worker".

Under the law, employers must use Emirati Labour Ministry standard employment contracts, which include information on “pay, date and duration of the contract, and the nature of the work to be performed".

Migrant workers make up over 90 percent of the labour force in the UAE. There are more than three million Indians and Pakistanis living and working in the oil-rich state with a total population around nine million.

Many of the workers have argued that local recruiters in their home countries promise salaries which are not honoured by UAE employers. Human Rights Watch has warned that this can lead to forced labour, because workers have their passports seized by employers and must repay high recruitment fees.

While Human Rights Watch also welcomed the legislation as the “first measure of its kind” in the Gulf, the group said its importance will be judged on its implementation.

“Its success will depend on whether workers will have access to complaint mechanisms when employers don’t abide by the new regulations," the rights group said in Sunday's statement.

“Workers should be able to retain copies of the standard employment contract they sign in their countries of origin, contracts should be written in a language they understand, and they should be able to access a grievance mechanism in the UAE that can resolve complaints quickly and penalise offenders."

UAE authorities are also planning to introduce new laws in January that will allow workers to leave their employer if they have not been paid their salary “for a period exceeding 60 days”.

Other conditions under which a worker will be able to leave their job include a business being inactive for two months or a court arbitrating in favour of an employee in the case of a legal dispute.

Despite tentatively praising the new legislation, Human Rights Watch said the laws will not apply to the country’s estimated 300,000 domestic workers, at least 50 percent of whom are women.

There have been numerous reports of these workers being subject to abuse, inhumane working conditions and forced labour.

Stork said “domestic workers should not be left behind” in the new UAE legislation.

“[The] UAE should give them (domestic workers) the same rights and protections as other workers,” he said. 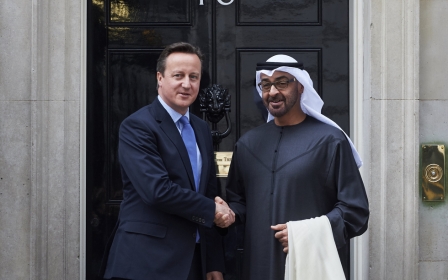