UAE and Palestine at odds over future of Israel normalisation accords

While the Emirates are interpreting the return of Palestinian envoys as acceptance of Gulf deals with Israel, the Palestinian Authority hangs its hopes on Biden 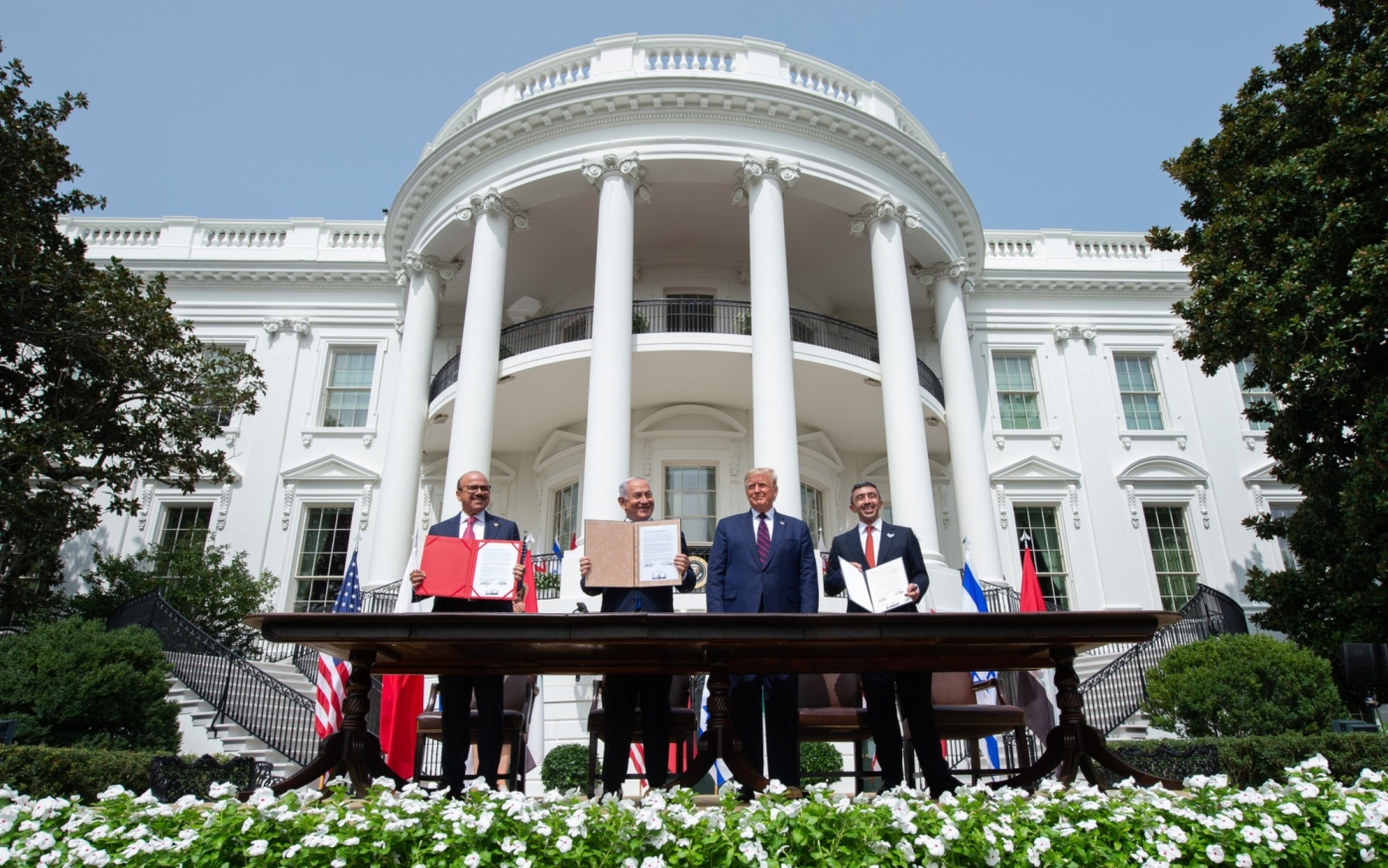 On Thursday, Emirati Foreign Minister Anwar Gargash expressed his country’s optimism over the recent decision by the Palestinian Authority (PA) to resume diplomatic contacts with his country as well as Bahrain, seeing it as a sign that the Palestinian leadership was slowly coming to terms with the so-called Abraham Accords.

The controversial US-sponsored agreement signed in September established official diplomatic relations between Israel and the two Gulf countries, reportedly in exchange for a freeze of Israel’s annexation of Palestinian lands. Its announcement sparked controversy across the Arab world and was vehemently rejected as a “stab in the back” by Palestinians, who quickly recalled their envoys from Abu Dhabi and Manama. “I am optimistic about the Palestinian’s decision to look at this [the Abraham Accords] in a more sober and rational way,” said Gargash, addressing an online talk during Med2020, an international forum organised by the Milan-based Institute for International Political Studies.

“The Palestinians recognise this is a major change… The initial angry statements have made space for more sober assessments,” he continued. “Their decision to re-engage with us and with Israel brings us back to the old adage that if you are not there, you have already lost 80 percent of your case.”

But the Emirati official’s statements have been rebuffed by PA Foreign Minister Riyad al-Malki, who has replied with visible irritation that the Emiratis “are dreaming” and that the normalisation agreements would collapse once their major sponsor, outgoing US President Donald Trump, leaves the White House.

“Our decision to reopen the missions in the UAE and Bahrain has nothing to do with a supposed acceptance of the accords,” Malki told Middle East Eye from his office in the occupied West Bank city of Ramallah. “We are not warming up to the idea [of the accords] at all. In fact, we think that they will soon be dead.

“However, we acknowledge that the situation at the White House has changed and we are ready to re-engage now with those willing to help us,” he added.

While Palestinian leadership appears to base many hopes on changes in the US, analysts however warn that the tide of normalisation between Israel and Gulf Arab states may be far from over.

Hopeful for a Biden presidency

After Joe Biden’s victory in the US presidential elections in early November, the PA sent back its envoys to the two Gulf countries a couple weeks later, hopeful that Washington will soon return to more orthodox positions on the Palestinian question.

Meanwhile, the PA also resumed its security coordination with Israel in the occupied territories, following a six-month suspension in response to Israel’s plans to annex more land in the West Bank in contravention of international law. The return to this controversial policy has triggered criticism from the Palestinian public, as well as from Hamas, the longtime political rival of the leading party in the PA, Fatah.

In the wake of the Gulf normalisation announcements, the PA had in fact severed ties with Israeli intelligence and pivoted towards Hamas in a bid towards Palestinian unity against the threat of Arab defection from the Palestinian cause. The two parties were due to meet in Cairo to set a date for presidential and parliamentary elections, but Hamas boycotted the meeting, Malki said.

In an attempt to explain such a quick change of strategy after attempting reconciliation with Hamas, Malki said that by resuming cooperation with Israel, the PA was signalling to Washington that it was ready to seriously re-engage with the US and Israel in peace negotiations without preconditions, based on the Arab Peace Initiative and the UN resolutions.

“We listened to the statements made by the new US administration and we feel we can work with them,” Malki said. “We have had indirect contacts with the new administration and we hope that after 20 January we shall be able to re-engage again and also see if it will be possible to renew direct negotiations with Israel.”

In early November, Vice President-elect Kamala Harris said the new presidency would be committed to a two-state solution, and oppose any unilateral steps that undermine that goal - including Israeli annexation and settlement expansion, both of which are illegal under international law.

The statement raised hope among Palestinians that the new administration would definitely archive Trump’s so-called "deal of the century".

“Normalisation of ties should come after, and not before, Israel’s withdrawal” from occupied Palestinian territories, said Malki. “[Israeli Prime Minister Benjamin] Netanyahu has convinced Trump of the opposite, and both have pursued the Abraham Accords for electoral reasons, but in the case of Trump it has not paid off. We hope the new US administration will erase Trump’s legacy, including these accords.”

But the incoming Biden administration has yet to clarify whether it will also backtrack on US recognition of the entire city of Jerusalem as the capital of Israel and the moving of the US embassy to Israel there - decisions by Trump which had marked a stark departure from international diplomatic consensus.

While Malki expressed strong hopes for changing American tides in 2021, it remains highly unlikely that Washington will withdraw support from Israel’s efforts at normalising relations with some Arab states, a process long in motion.

“The Biden administration will likely support further deals between Arab states and Israel,” Joost Hiltermann, programme director for the Middle East and North Africa region for the International Crisis Group, told MEE. “But it may also insist on a return to previous terms of Israeli-Palestinian peacemaking, and encourage linkage between progress on the latter front with normalisation of relations between Israel and Arab states.” Last month, Sudan became the third Arab country to normalise ties with Israel this year after Trump took the country off the US blacklist of state funders of terrorism. Trump and his administration have repeatedly claimed at least five more Arab states were ready to sign the deal, including Saudi Arabia.

“Israel has interest in continuing to improve relations with Arab countries in the Gulf and so do the Gulf countries who see Iran as a threat,” said Robbie Sabel, academic and expert of international law at the Hebrew University in Jerusalem.

“The Gulf countries will not join because they like Israel or because they really think they can advance the Palestinian cause, but for their own interest.”

Sabel said Gulf states would prioritise their own strategic and security interest, but while doing so they would try not to harm Palestine. “I don’t think any Arab state would work against an improvement of the Palestinian cause,” he said.

This year’s normalisation efforts have seemingly flown in the face of the 2002 Arab Peace Initiative, which stated that the establishment of formal diplomatic ties with Israel would only take place after Israel’s full withdrawal from the occupied Palestinian territories and the creation of a sovereign and independent Palestinian state within the pre-1967 lines with East Jerusalem as its capital.

Saudi officials have repeatedly stated that the kingdom remained committed to the peace initiative it drew up in 2002 -  amid seeming disagreement between Crown Prince Mohammed bin Salman, who reportedly met with Netanyahu earlier this month, and his father, King Salman.

But Palestinian hopes clash against the reality on the ground. The Abraham Accords are proving very advantageous for the Emirati leadership, and other Gulf countries may look at normalisation deals as offering key business and strategic opportunities. The UAE has gained important military concessions, buying long-coveted F-35 jets from the US and openly pursuing intelligence-sharing and cyber-security cooperation with Israel after decades of undercover contacts, as admitted by Gargash himself.

“The relationship with Israel has developed in small incremental steps over the years,” Gargash has said. “We had a window of opportunity to normalise ties last June and we took it. I think if not this year, it would have happened anyway, next year or the other.”

Gargash added that the UAE deal with Israel is different from the ones the latter has with Egypt and Jordan, who share borders with Israel and have war wounds to heal: “We start with a clean slate and this will help [Palestinians] as well… Our peace will be a warm peace.”

Experts argue that if the UAE had a genuine interest in supporting the peace process, it would not have made concessions to Israel without anything in return.

“The UAE could have asked for Israel's agreement to negotiate with the Palestinian leadership by the terms of the Arab Peace Initiative. They had leverage to do so,” said Hiltermann.

“If the UAE was genuinely interested in peace-making, they would refrain from supporting one faction in the Palestinian National Movement.”

Hiltermann referred to Mohammed Dahlan, a former Fatah security official who is a rival of PA President Mahmoud Abbas and who is currently exiled in the Emirates. A close friend of de facto Emirati ruler Mohammed bin Zayed Al Nahyan, Dahlan has been rumoured to be one of the architects of the Abraham Accords.

In the wake of the signature of the normalisation deals some members of his faction, the Democratic Reform Current, were arrested by PA forces in the West Bank.

Some observers have also questioned whether Dahlan and his Gulf sponsor will have a role to play in the succession to 84-year-old Abbas to the presidency of the PA.

In the context of a weakening international system, where fragmentation and national interests prevail over multilateralism, the UAE has shown its readiness to take matters into its own hands and play a role that would suit its goals. This may bear consequences for the future of  Palestine as well. 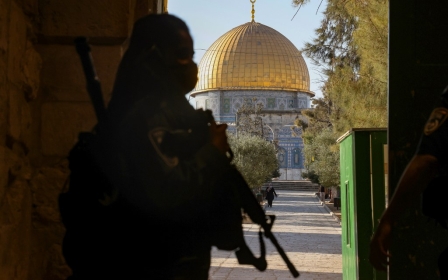 US Politics
A Biden victory will be 'bad' for Israel, Gulf states, US envoy claims